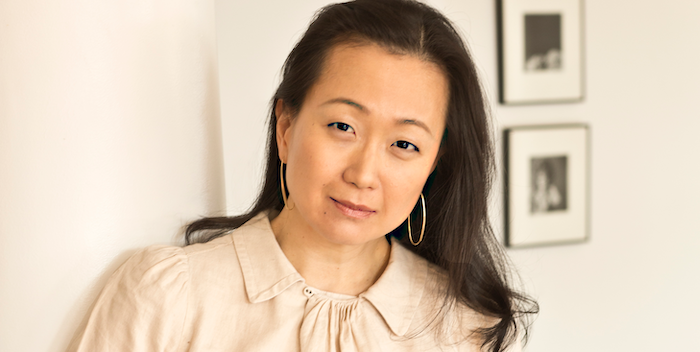 Min Jin Lee was born in Seoul, South Korea and immigrated to Queens, New York with her family when she was seven years old. She studied history at Yale College and law at Georgetown University. Lee practiced law for two years before turning to writing. She teaches fiction and essay writing at Amherst College and lives in New York City.

Lee is a writer whose award-winning fiction explores the intersection of race, ethnicity, immigration, class, religion, gender, and identity of a diasporic people. Pachinko, her second novel, is an epic story which follows a Korean family who migrates to Japan; it is the first novel written for an adult, English-speaking audience about the Korean-Japanese people. Pachinko has been translated into over 35 languages and is an international bestseller.

She serves as a trustee of PEN America, as a director of the Authors Guild, and on the National Advisory Board of the Immigration Initiative at Harvard. She is currently at work on Name Recognition: A Memoir of Visibility and Voice and is researching and writing her third novel, American Hagwon, which will complete “The Koreans” trilogy.

All Featured Events will be held in-person and livestreamed to virtual attendees. 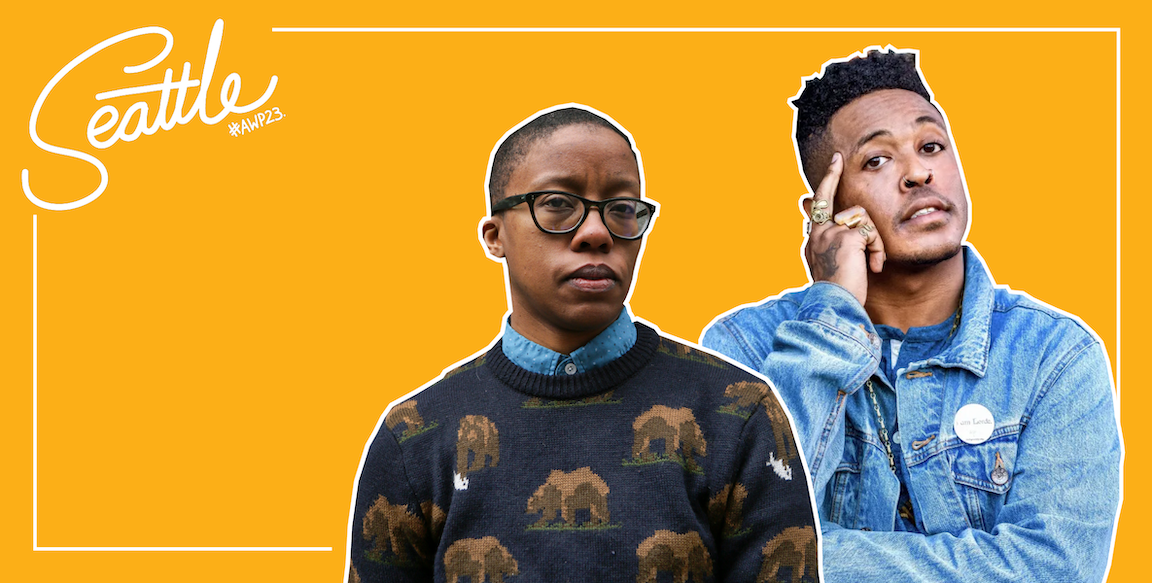 NBF Presents: The Power of Poetry

Join National Book Award-honored authors Donika Kelly (Bestiary, 2016 Poetry Longlist) and Danez Smith (Don’t Call Us Dead, 2017 Poetry Finalist) in a conversation about the power of poetry for both author and reader, and its influence on the evolution of their own writing across collections. Presented in partnership with the National Book Foundation, and moderated by the Foundation’s Executive Director Ruth Dickey. 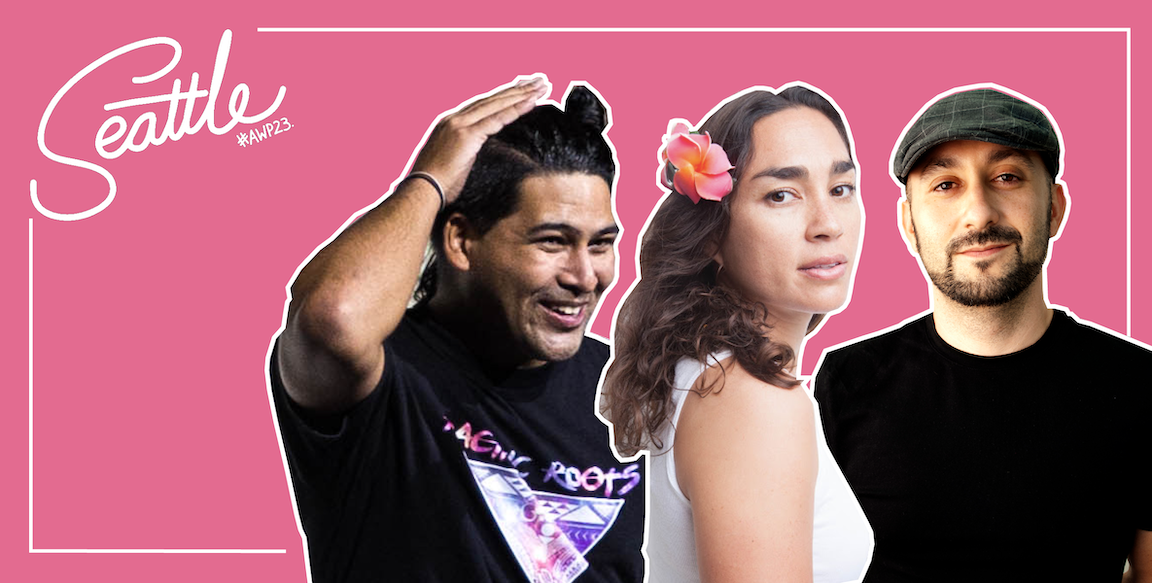 Pacific Islander literature has a rich history, abundant with poetic styles and oral storytelling traditions, exploring sustainability, imperialism, climate change, decolonization, and so much more. It is vital to discussions of American literature to read and honor the work of Pacific Islanders.

Join Kundiman for a reading and conversation encompassing the multiple genres our featured authors write in and celebrating the breadth of Pacific Islander literature today. 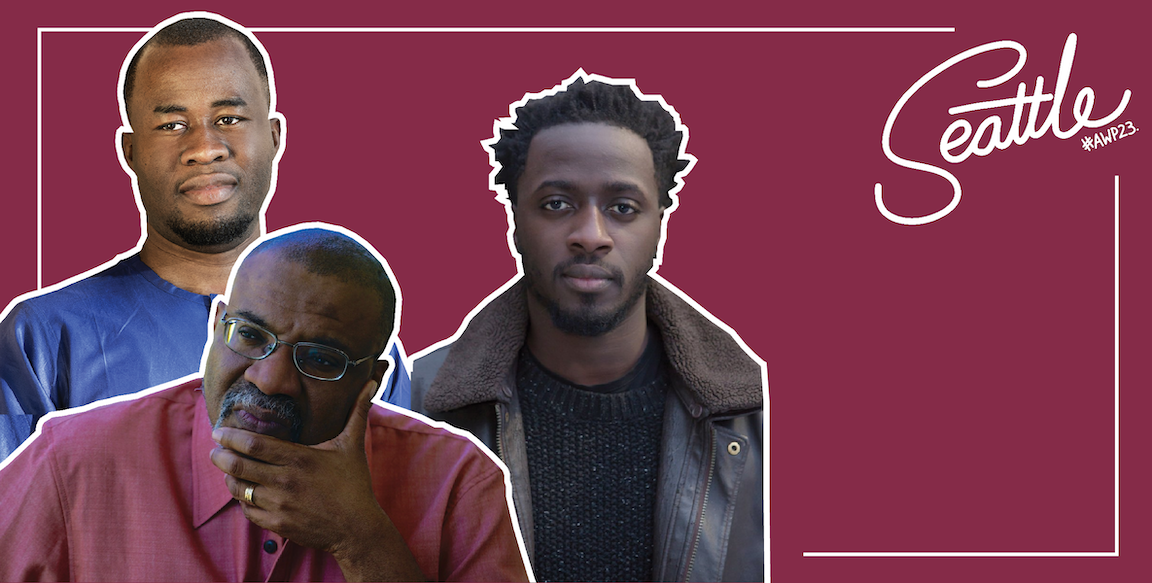 Join Blue Flower Arts for a reading and conversation featuring Nana Kwame Adjei-Brenyah, Kwame Dawes, and Chigozie Obioma. The work of these three writers spans the borders of the United States, Nigeria, Jamaica, Cyprus, and Ghana and the genres of fiction, short story, and poetry. Together they will discuss the intersections of craft and personal experience across generations, continents, and realities. 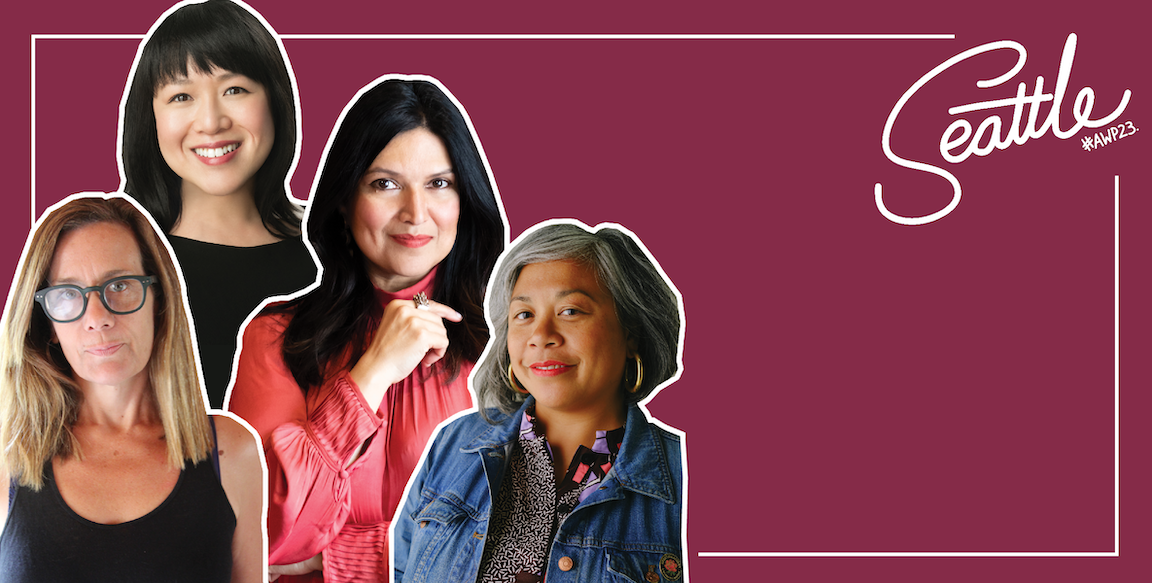 The choice to become a mother, in all its beguiling complexity, has long been a subject of writers. Following the Supreme Court decision overturning the right to abortions, how do we write about the value and essential work of mothering, teach antiracism to our children, and offer new narratives on motherhood towards a more equitable society? This panel draws together multidisciplinary writers to discuss parenting, identity, and what can be done to combat the latest crisis facing American women. 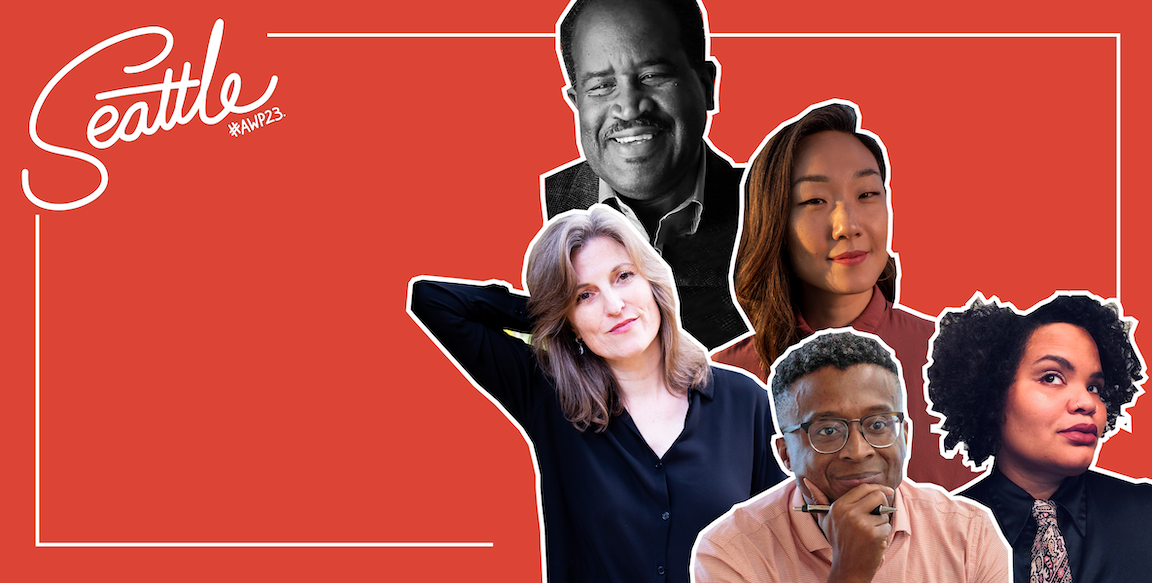 The Changing Myths That Shape Our Culture, Sponsored by Red Hen Press

If white men tell history, it’s a story of law, vengeance, and violence. If the story is told by women and writers of color, how does the story change? Point of view is everything. Through this reading and discussion featuring BIPOC poets, we include a view of history not seen before, the underneath, the dark, the wept on places where children find their way toward compassion. 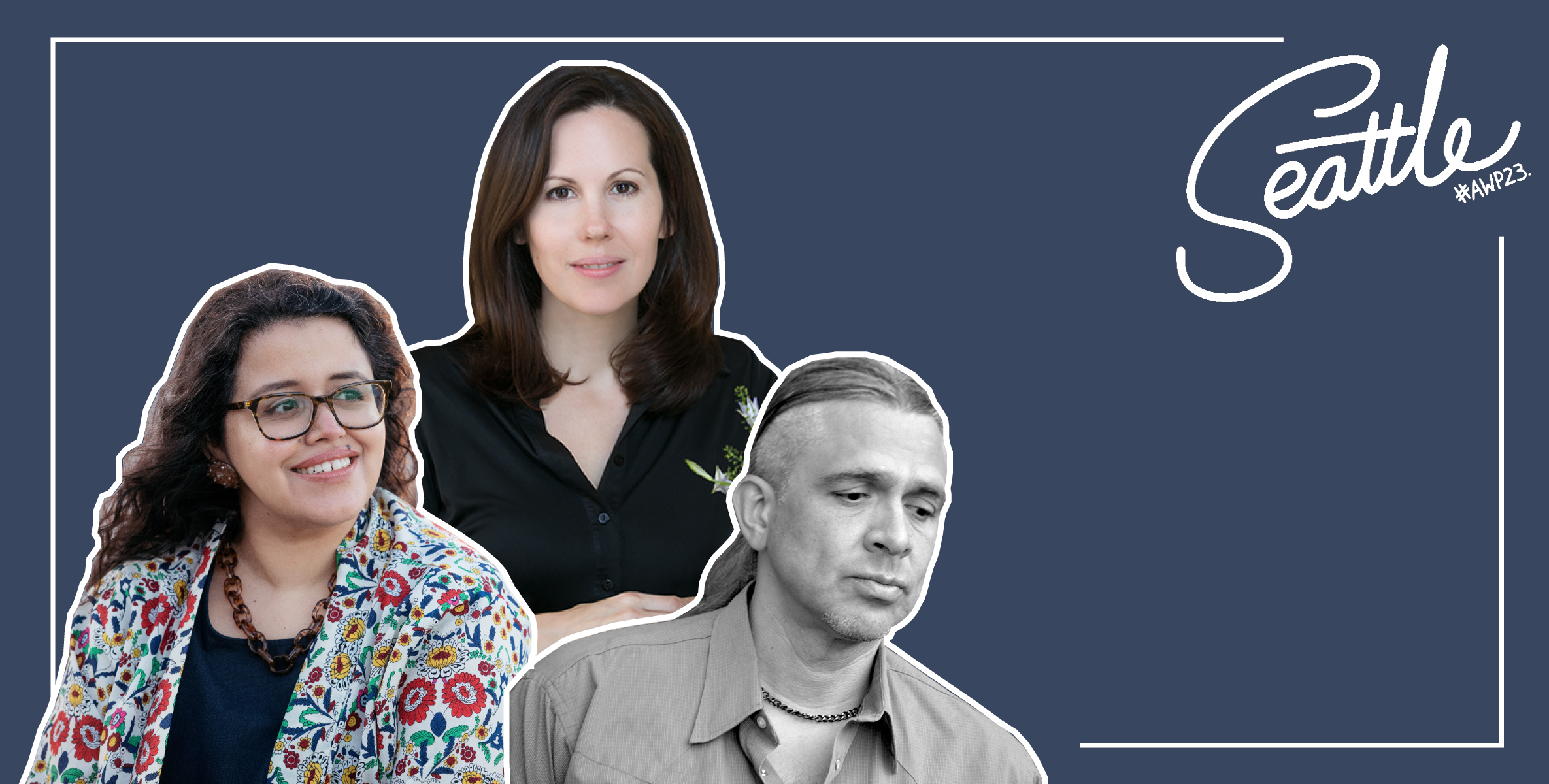 Stephen Graham Jones and Silvia Moreno-Garcia in conversation with Danielle Trussoni, Sponsored by the Authors Guild

Stephen Graham Jones is the New York Times bestselling author of nearly thirty novels and collections. His recent works include The Only Good Indians, My Heart is a Chainsaw, The Babysitter Lives, Earthdivers, and Don’t Fear the Reaper. Silvia Moreno-Garcia is the author of a number of critically acclaimed novels, including Gods of Jade and Shadow, Mexican Gothic, and Velvet Was the Night. Her latest novel is The Daughter of Doctor Moreau. Jones and Moreno-Garcia will read from their work, followed by conversation with best-selling author and columnist Danielle Trussoni. 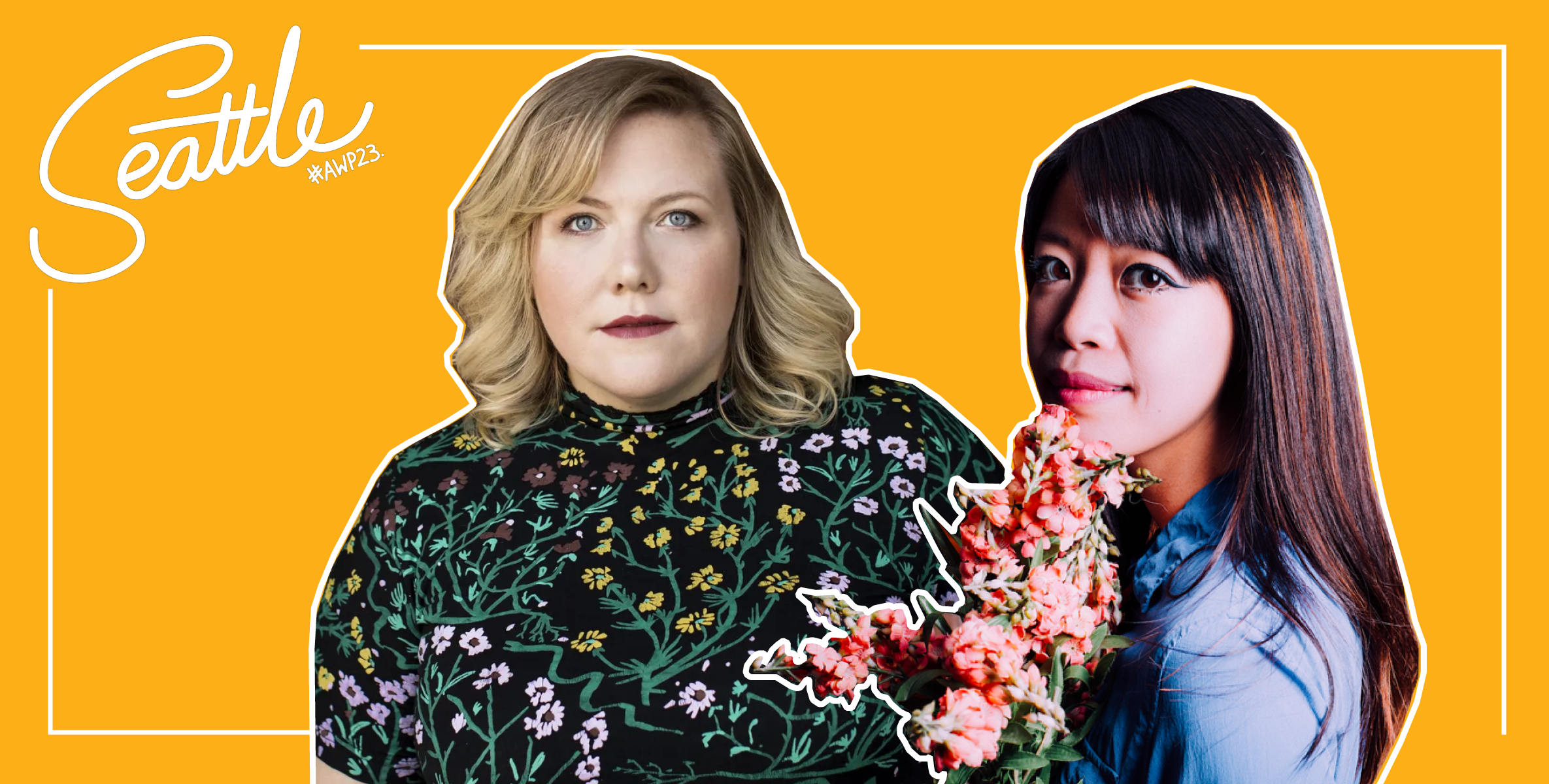 Join Seattle-based writers Lindy West (author of Shrill: Notes from a Loud Woman and Shit, Actually: The Definitive Guide, 100% Objective Guide to Modern Cinema) and Jane Wong (poet and author of the forthcoming memoir, Meet Me Tonight in Atlantic City) for a conversation about writing true-ish things and moving between genres. May also feature laughter, vulnerability, as well as hot takes on TV, fashion, feminism, and ceramic dumplings. Moderated by Rebecca Hoogs, Executive Director of Seattle Arts & Lectures. 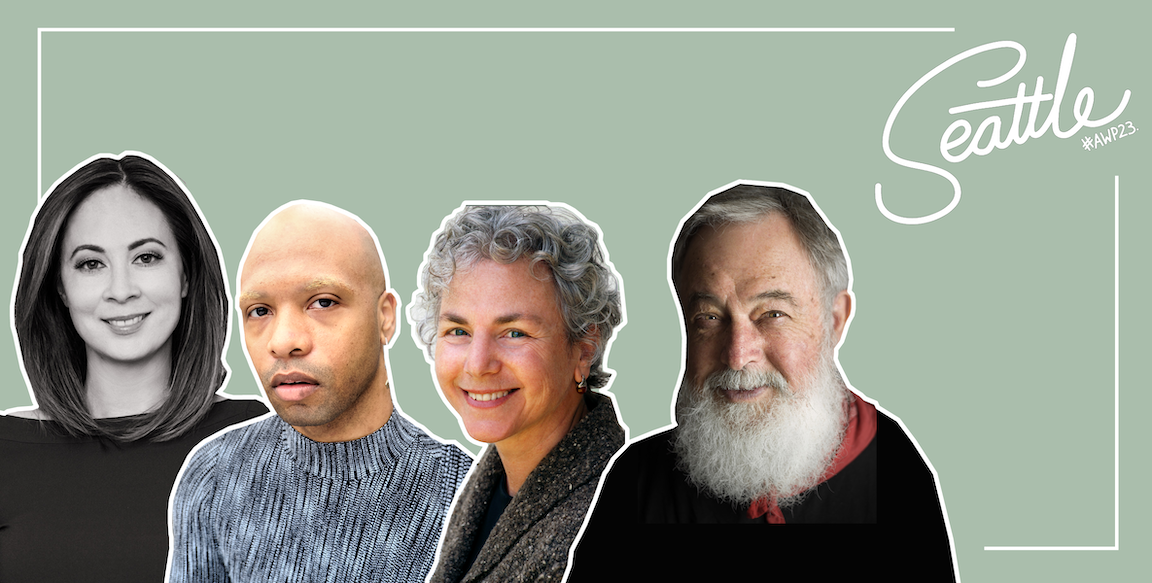 Since 1973, Copper Canyon Press has exercised an unwavering commitment to the art of poetry, the creative lives of poets, the alchemy of publishing, and the belief that poetry is vital to language and living. This reading and conversation features poets and translators who represent different aspects of Copper Canyon’s dynamic and diverse mission, who will read from their work, speak to the necessity for poetic truths, and converse with the long-time editor who has championed their work. 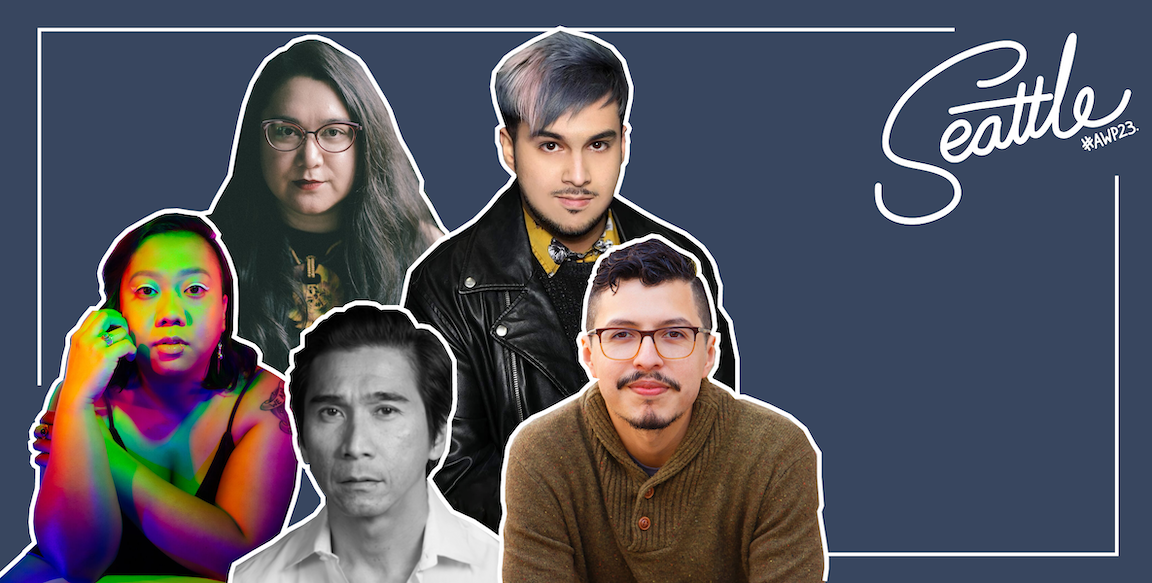 Everything All At Once: Readings & Conversation with Four AJB Poets 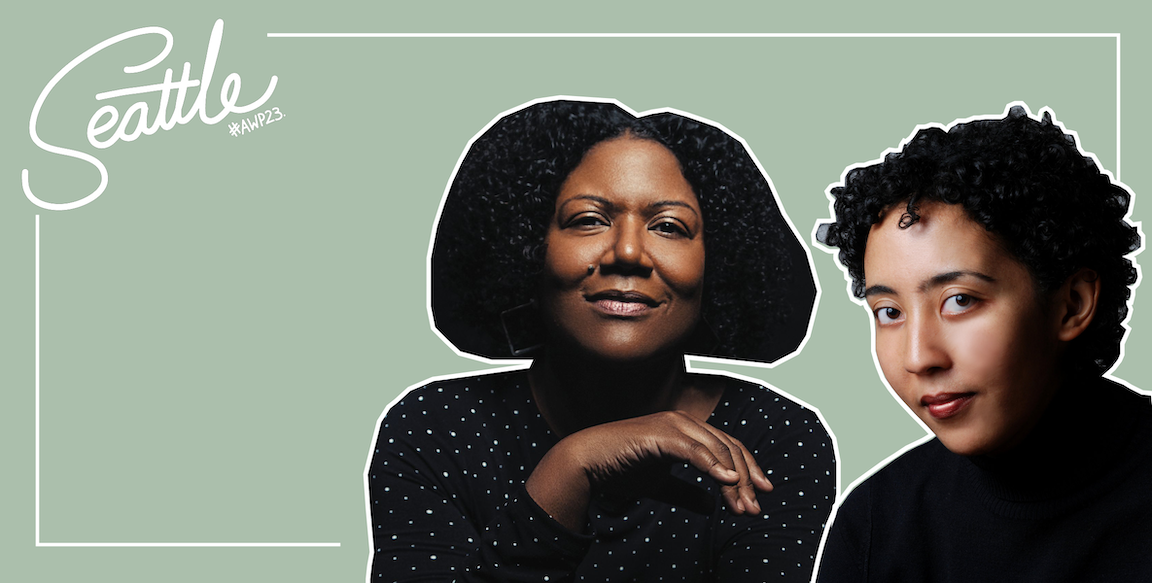 A literary partner featured event focused on two National Book Critics Circle's honorees who work in multiple genres, moderated by NBCC VP/Events Jane Ciabattari, featuring NBCC Fiction Award winner Honorée Fanonne Jeffers and NBCC Criticism finalist Namwali Serpell. They'll focus on writing in multiple genres (both write innovative fiction and cultural criticism; Jeffers also is a poet), inspiration and research for their work (both write novels with history, justice, surreal elements), the influence of NBCC and other awards, Afro-futurism and other evolving forms, the unique challenges of writing in these times, and the imaginative process that shapes their work. Since 1974, the National Book Critics Circle awards have honored the best literature published in English. These are the only awards chosen by the critics themselves. 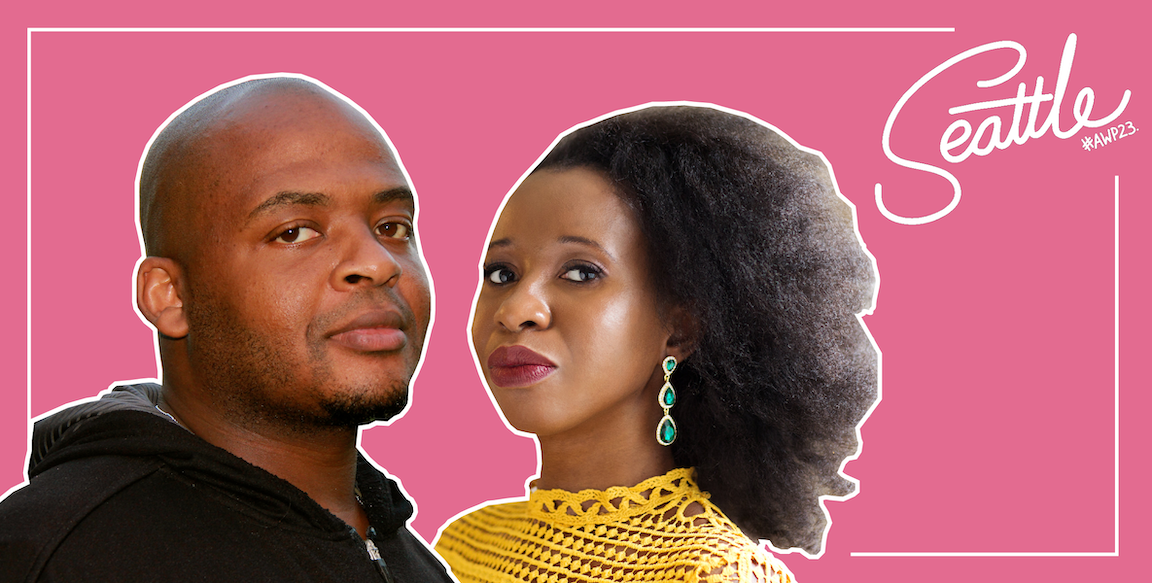 A conversation on storytelling, environmental racism, and activism. Set in a fictional African village being polluted by an oil company, Mbue's latest novel confronts environmental devastation, corporate colonialism, and activism. Laymon's multigenerational roots in Mississippi have led him to consider climate justice and the ways that extractive agriculture, corporate interests, and the legacy of slavery impact communities of color in the U.S. 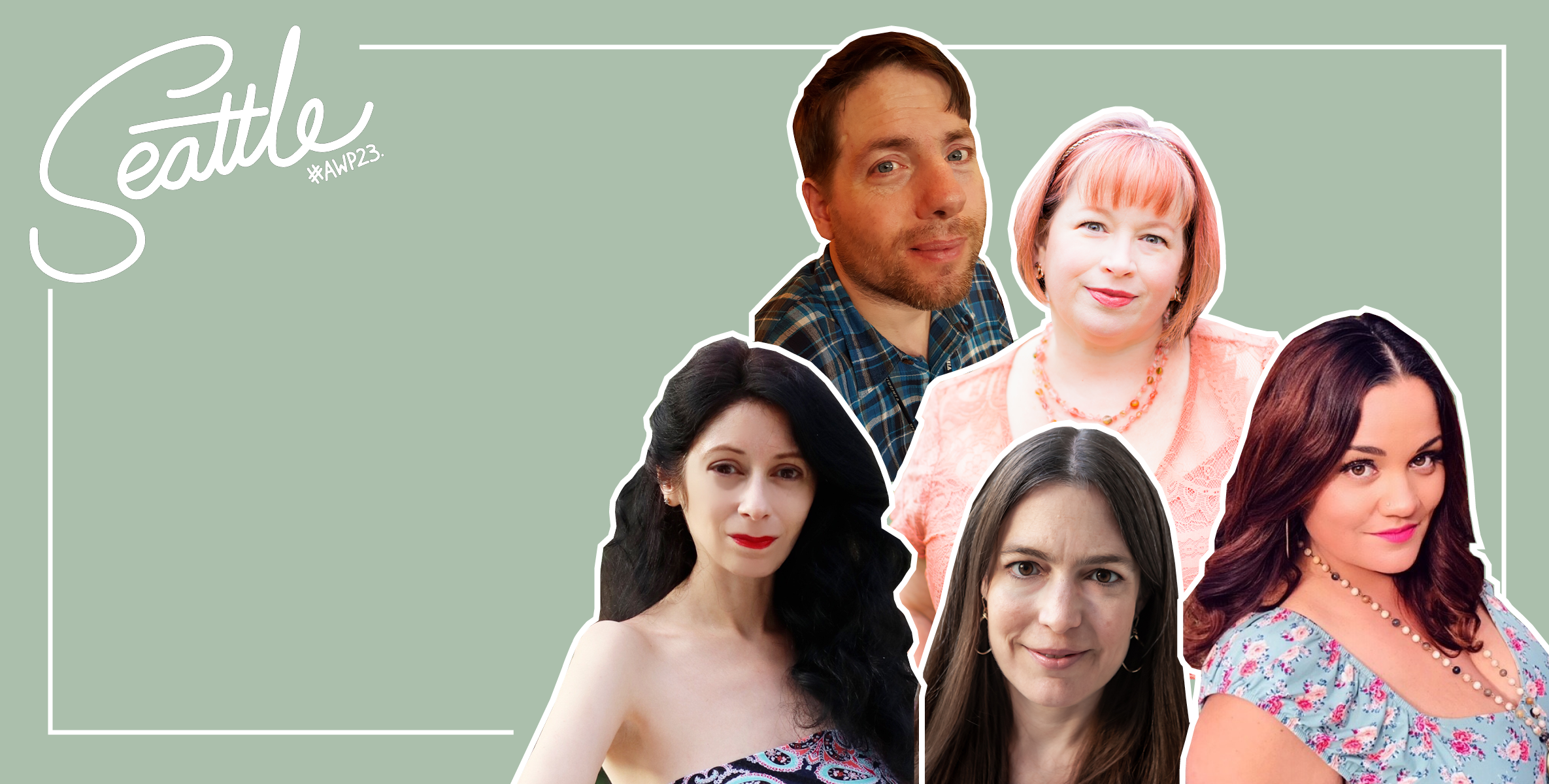 Five disabled and/or chronically ill writers of poetry and memoir talk about how their body influences the way they write, their subject matter, even how they impact their genres and efforts towards publicity. How do we claim/activate our disability or illness? What do we disclose? We’ll discuss how our work has changed over time, how our relationships with disability have changed, how we accommodate or resist the gaze of abled readers, and how disability/illness manifests in genre, line, and metaphor. 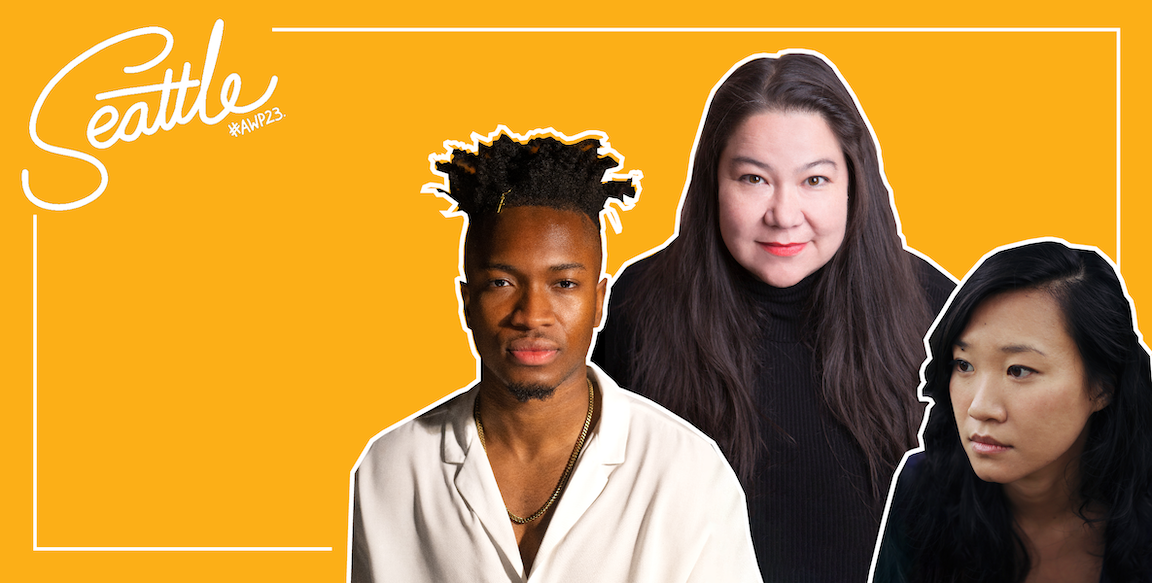 A Reading by Brenda Shaughnessy, Jenny Xie, and Kweku Abimbola, Sponsored by the Academy of American Poets

A reading by three award-winning poets with recent work presented by the Academy of American Poets. Founded in 1934, the Academy is the nation’s leading champion of poets and poetry, with supporters in all fifty states. It annually awards more funds to individual poets than any other organization through its prize program; produces Poets.org, the world’s largest publicly funded website for poets and poetry; and established and organizes National Poetry Month each April. 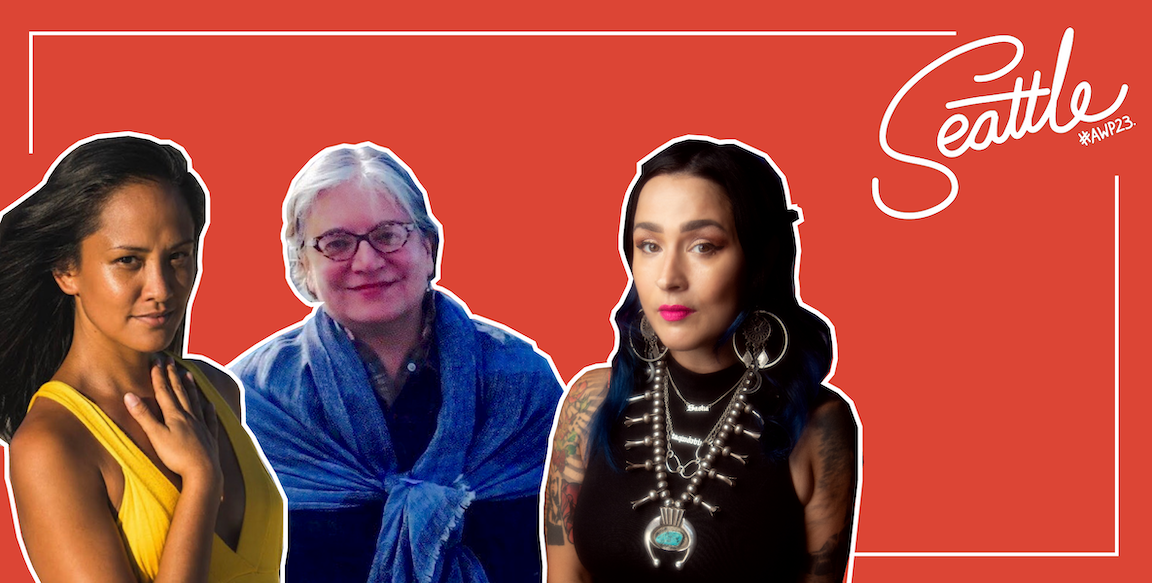 A reading featuring Milkweed authors Debra Magpie Earling, author of Perma Red and The Lost Journals of Sacajawea; No’u Revilla, author of the National Poetry Series winning collection Ask the Brindled; and Sasha LaPointe, memoirist and author of the new collection of poems Rose Quartz. This chorus of voices enlivens Indigenous literature and deepens our understanding of lineage, pleasure, identity, agency, mythology, and the natural world. 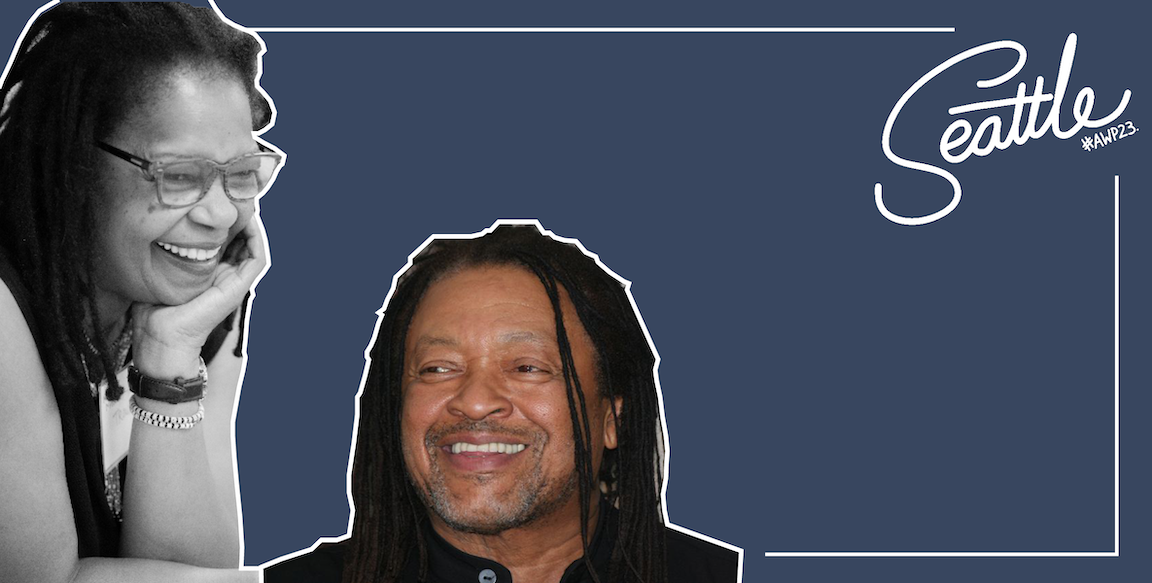 In 2004, the successful San Diego art gallerist, Margaret Porter Troupe returned to Harlem with her husband, the award-winning poet, Quincy Troupe. Inviting their extensive, international circle of friends as featured guests, Margaret opened their historic apartment, with its sumptuous collection of art, to the public.