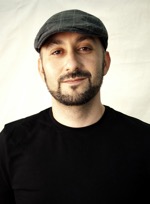 Named after the late George Garrett, a former poet laureate of Virginia and one of AWP’s founding board members, this prize recognizes individuals who have made notable donations of care, time, labor, and money to support writers and their literary accomplishments. Along with his distinguished body of work as a poet and novelist, George Garrett is remembered and beloved for his steadfast mentorship and advocacy for other writers. The prize comes with a $2,000 honorarium and conference travel, accommodations, and registration. Together, we express our heartfelt admiration for the inspiration awardees offer to the literary community.

Craig Santos Perez is an indigenous Chamoru from the Pacific Island of Guam. He is the author of five books or poetry and the co-editor of six anthologies. He is a professor in the English department at the University of Hawaiʻi at Mānoa, where he teaches creative writing, eco-poetry, and Pacific Islander literature.

Thanks to the Association of Writers and Writing Programs for honoring me with the George Garrett Award for Outstanding Community Service in Literature. I am deeply grateful for this recognition.

I grew up in the small village of Mongmong on the western Pacific island of Guam, which is about a 17-hour flight from Pennsylvania. Guam has been an unincorporated territory of the United States since 1898, and it is one of the last remaining colonies in the world. Guam is such a tiny place that it does not appear on most global maps.

Despite living so far away from the continental U.S., I learned American English, literature and history in Guam’s school system. Like many other colonized places, we were never taught our own peoples’ literature. Our stories were silenced.

I lived in my ancestral homeland until I was 15 years old. Then, an economic recession struck the island and my parents decided that our family would migrate to California in search of better opportunities.

I was fortunate to learn from many inspiring teachers in high school, college, and graduate school who nurtured my love for literature. However, Pacific Islander writers were never taught in the curriculum. Underneath the surface, I felt invisible and insignificant.

As I began to engage with the national literary community, it became clear to me that the Pacific was a blank space on the map of the American literary imagination. This is unfortunate considering that Pacific Islanders are one of the fastest growing immigrant groups in the United States, and that there is an entangled political and cultural history between the Pacific and the American empire.

So, for the past 20 years, I have dedicated my life as an editor, publisher, educator, and literary activist to make our voices visible. I feel a profound responsibility and call to support, uplift, empower, and dignify Pacific literature not only to raise our visibility but also to affirm to our own people that our voices matter, that our stories deserve to be valued.

Thank you, again, for recognizing my service. While I wish I could be there in person to talk more about Pacific literature with you, please feel free to contact me and I will be happy to share resources and reading recommendations. To the AWP leadership, I welcome collaborating with you to include more Pacific Islander voices in your diverse and equitable programming.

Please enjoy the conference, travel safe, and take good care of yourselves.