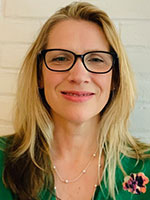 Rachael Philipps-Shapiro is a British writer and journalist. She worked in the UK as a researcher and reporter for the BBC Food and Drink program and in print journalism as an editor at Time Out London and Elle UK . She moved to the US and freelanced for titles including Food and Wine , Time Out NY , and the New York Times . Most recently she has written for Edible Westchester . She was born in Wales and moved to the US fifteen years ago. Rachael received her BA and MA at Sussex University. She currently lives in Westchester, New York.