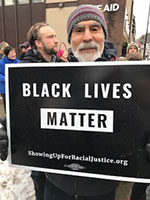 Michael Freed-Thall grew up in Philadelphia, nurtured by progressive activists and sports fanatics. He and his wife built their home in Vermont and raised two children. Their grandson just turned three. Since he retired as a school principal, gardening, travel, and writing have been his passions. His work has appeared in the 2014, 2015, and 2016 Best of the Burlington Writer’s Workshop Anthologies, as well as Seven Days. Recently he helped edit the 2018 Cold Lake Anthology, He is currently finishing his first historical novel, The Horodno Bookshop Lady, set in the 19th century Russian Empire.