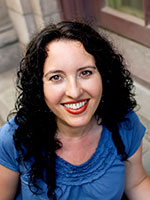 Katarzyna Jakubiak, a native of Poland, is a writer, translator, scholar, and educator. Her short story collection Nieostre widzenia (Out-of-focus Visions) was a finalist for Gryfia Literary Prize in Poland in 2013. Her translations of Polish poetry have appeared in anthologies, including New European Poets. As a scholar she is interested in the intersections between literature, translation, and politics. She has published numerous articles on Polish reception of African American literature during the Cold War. She is Associate Professor of English at Millersville University of Pennsylvania, and she lives close to the university with her husband and two children.