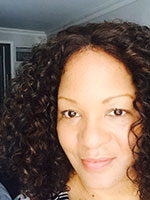 Cynthia Marie is a storyteller. Originally from Detroit, she currently resides in Nashville and is a career educator at Vanderbilt University. She spent sixteen years traveling the world as a flight attendant, which inspired her passion for writing. She wrote a considerable portion of her current manuscript Bechet Creole Blues, a murder mystery set in New Orleans and Paris that intersects cultural and geographic boundaries, during the 2016 National Novel Writing Month. She is conceptualizing a new writing project about a missing girl who was a childhood friend entitled Sorrento. Cynthia plans to live, work, and write in Paris.