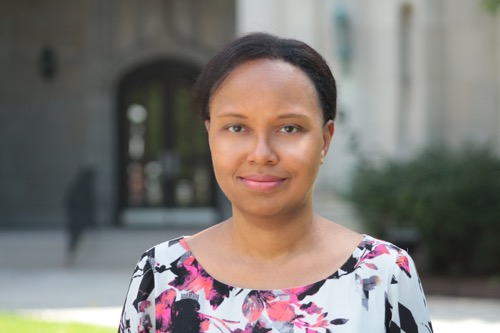 Kimberly Mack holds a PhD in English from UCLA, and she is an assistant professor of African American literature and culture at the University of Toledo. Her book, Fictional Blues: Narrative Self-Invention from Bessie Smith to Jack White, about autobiographical self-fashioning in contemporary American blues fiction and popular music, is forthcoming in December 2020 from the University of Massachusetts Press as part of their African American Intellectual History series. Kimberly also holds an MFA in creative writing from Antioch University Los Angeles. Her essay, “Johnny Rotten, My Mom, and Me,” was published in Longreads in February 2019. Kimberly is currently writing her memoir, “I Love Rock ‘n’ Roll: A Black Girl’s Musical Journey Across America’s Great Racial and Class Divide.” She is also a music critic whose work has appeared, or is forthcoming, in national and international publications, including No Depression, Relix, Music Connection, PopMatters, and Hot Press.