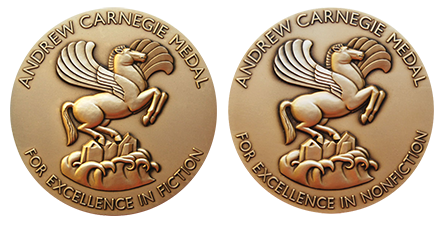 On February 11, The American Library Association and Carnegie Corporation of New York announced Jennifer Egan and Sherman Alexie as the winners of the Carnegie Medals for Excellence in Fiction and Nonfiction. The reveal was made at the RUSA Book and Media Awards event in Denver.

Egan won the award in fiction for her novel Manhattan Beach (Scribner). Alexie was awarded the prize in nonfiction for You Don’t Have to Say You Love Me: A Memoir (Little, Brown & Co.). Each winner was selected from a shortlist of three books in both genres.

The Andrew Carnegie Medals for Excellence in Fiction and Nonfiction were established in 2012, and recognize the best US publications in these genres for adult readers. The Medals are accompanied by a $5,000 cash prize.

Jennifer Egan is the author of several books, including A Visit from the Goon Squad, Emerald City and Other Stories, and The Invisible Circus. Among her notable accolades are a Pulitzer Prize, a Los Angeles Times Book Prize, and a National Book Critics Circle Award for Fiction.

Sherman Alexie is a poet, novelist, and performer who has published 26 books, including The Absolutely True Diary of a Part-Time Indian, What I’ve Stolen, What Earned, and Blasphemy. Among his notable accolades are a PEN/Faulkner Award for Fiction, a National Book Award for Young People’s Literature, and a PEN/Hemingway Citation for Best First Fiction.