Donald Trump’s new proposal for the fiscal year 2019 annual budget includes slashes to many public arts and culture departments—including a proposed termination of funding for the National Endowment of the Arts (NEA). If passed, the budget allots $109 million to be shared among the NEA, the National Endowment for the Humanities, the Institute of Museum and Library Services, and the Corporation for Public Broadcasting. The budget proposal would potentially cut a total of approximately $917 million, according to a report by The Washington Post.

The NEA cannot engage in advocacy as a federal government agency, however, NEA Chairman Jane Chu released the following statement on Monday:

Today we learned that the President’s FY 2019 budget proposes elimination of the National Endowment for the Arts. We are disappointed because we see our funding actively making a difference with individuals in thousands of communities and in every Congressional District in the nation.

In FY 2018 to date, the NEA has awarded 1,134 grants totaling $26.68 million to organizations and individuals in all 50 states plus the District of Columbia and Puerto Rico, launched a national songwriting competition for high school students, convened four summits across the country as part of Creative Forces: NEA Military Healing Arts Network, issued a research report on the economic impact of the arts in rural communities, and distributed emergency funding to arts agencies in Florida, Texas, Puerto Rico, and the US Virgin Islands, among other activities.

We understand that the President’s budget request is a first step in a very long budget process. We stand ready to assist in that process as we continue to operate as usual.

As a federal government agency, the NEA cannot engage in advocacy, either directly or indirectly. We will, however, continue our practice of educating about the NEA’s vital role in serving our nation’s communities.

According to The Washington Post, Congress refused a “nearly identical” budget proposal from the White House last year.

Among many critics of the FY 2019 proposal is Americans for the Arts president and CEO Robert Lynch. “These are old ideas, some more than a decade old,” said Lynch in a recent interview. “We take it seriously, but there’s a budget process and a lot of points of intersection.”

U.S. Rep. Louise M. Slaughter (D-NY) responded to the proposal: “Every dollar the NEA spends we get back $9 or $10 to the Treasury…. It’s penny wise and pound foolish.”

Trump’s proposal is the first step in the federal budget process. Congress budget committees must now form budget resolutions, spending and tax revenue targets, and reconciliation policies before they are sent to the floor for a vote. Congressional appropriations will then draft spending bills and conduct hearings based on the budget committees’ resolutions.

AWP is a national partner of Americans for the Arts Action Fund. Members of AWP automatically receive emailed action alerts to protect public funding for the arts and arts education. If you are a member of AWP and you are not receiving these crucial alerts, please go to "My AWP Account" for your profile on our website and choose the section for "More Benefits" from the “My AWP Account” menu. Then check the box under "Art Advocacy," and you will receive future alerts.  #SAVEtheNEA 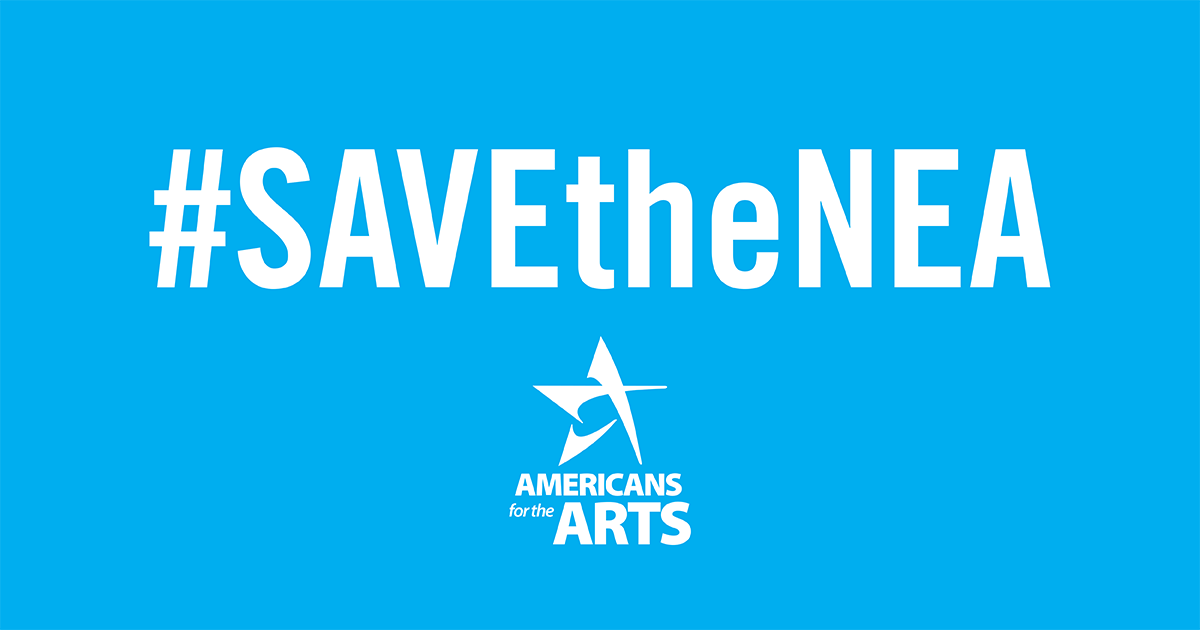