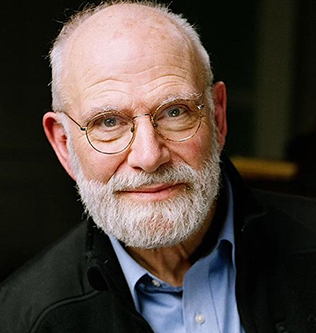 Oliver Sacks, a neurologist who wrote many books and essays about his patients, humanizing them and their relationships to their various conditions, died on Sunday in his home in Manhattan after receiving a terminal cancer diagnoses earlier this year. He was eighty-two.

“I love to discover potential in people who aren’t thought to have any,” Sacks told People magazine in 1986, referring to the patients he’d recounted in his first book, Awakenings, and later in The Man Who Mistook His Wife for a Hat and Other Clinical Tales. Sacks went on to write about many different subjects, including deafness, hallucinations, dreams, and amnesia. (You may peruse the Atlantic’s reading list of selected essays by Sacks, or Gizmodo’s must-read book list.)

Oliver Wolf Sacks was born on July 9, 1933, in London, to doctors, Samuel Sacks and the former Muriel Elsie Landau. The youngest of four sons, Sacks grew up in a household of highly intelligent individuals, which fostered his many obsessions.

“The thousand and one questions I asked as a child were seldom met by impatient or peremptory answers,” Sacks wrote in his 2001 memoir Uncle Tungsten, “but careful ones which enthralled me (though they were often above my head). I was encouraged from the start to interrogate, to investigate.”

Sacks received his medical degree from the Queen’s College, Oxford, and then moved to America in the early 1960s for an internship at Mount Zion Hospital in San Francisco before his residency at the University of California, Los Angeles. He then moved to New York in 1965 for a fellowship at the Albert Einstein College of Medicine before beginning clinical work at Beth Abraham a year later. He remained active as a neurologist until 2007, at seventy-four, when he severed his forty-two-year relationship with the Albert Einstein College of Medicine to become a professor of neurology at the New York University School of Medicine.

Into his last days, Sacks wrote many essays, particularly about his deteriorating condition. In his final essay in the New York Times, “Sabbath,” Dr. Sacks explained the importance of Sabbath.

“And now, weak, short of breath, my once-firm muscles melted away by cancer, I find my thoughts, increasingly, not on the supernatural or spiritual, but on what is meant by living a good and worthwhile life—achieving a sense of peace within oneself. I find my thoughts drifting to Sabbath, the day of rest, the seventh day of the week, and perhaps the seventh day of one’s life as well, when one can feel that one’s work is done, and one may, in good conscience, rest.”

Sacks is survived by his partner of six years, the writer Bill Hayes.