Some Remains in W.B. Yeats’s Grave May Not Be Yeats’s 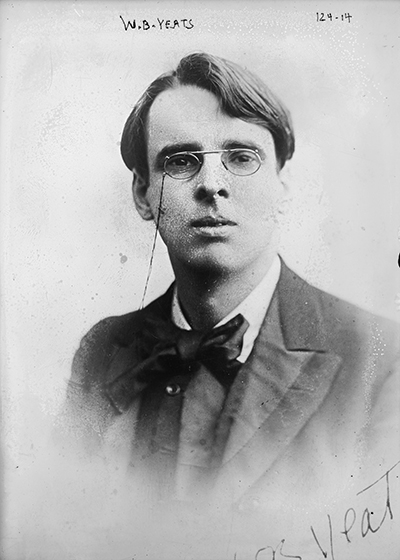 Although W.B. Yeats’s dying wish before his death in 1939 was to be buried in County Sligo, Ireland, some of his remains may not be in Drumcliffe Cemetery as widely believed, according to documents handed over to the Irish Times.

The documents reveal that it was never clear to the Parisian diplomats responsible for moving Yeats’s remains from Roquebrune-Cap-Martin Cemetery in France to Drumcliffe Cemetery in Sligo after the end of World War II in 1948 whether the remains were all Yeats’s.

In one document, the diplomats said they believed Yeats’s remains were “mixed pell-mell with other bones,” according to the Irish Times.

While the poet’s closest surviving kin, Yeats’s granddaughter Caitriona Yeats, would not comment, she referred the Guardian to a letter written by his children, Anne and Michael Yeats, in 1988, which responded to an earlier controversy about the remains. In the letter, Yeats’s children said that they were “satisfied beyond doubt that our father’s body is indeed buried in Drumcliffe Cemetery.”

The poet was given a state funeral at the churchyard in 1948, and ever since, the grave has become a sort of shrine to Yeats. The epitaph on Yeats’s gravestone is an inscription from his poem “Under Ben Bulben”: “Cast a cold eye / On life, on death. / Horseman, pass by!”

Watch a video of the supposed reinterring of Yeats’s remains in 1948.

Previous Story:
Novelist E.L. Doctorow Has Died
July 22, 2015
Next Story:
The University of Akron to Close Its University Press and Multicultural Center Due to Budget Shortfall
July 30, 2015
No Comments ▼