How to Grow a Writing Life 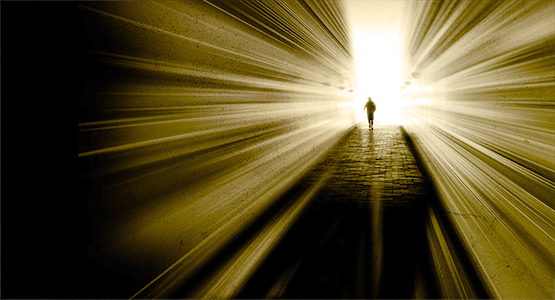 When I think about the elements needed to sustain oneself as a writer, I come up with four basics: talent, hard work, perseverance, and luck. What’s immediately apparent is that we control only two: hard work and perseverance. When we ask how can we keep writing, for me, my focus is there: hard work, and keeping at it.

Let me share what I call my Dark Night of the Soul moment, though by moment I mean years. I had achieved that lifelong dream of getting a novel published—followed by a second novel. Both were published by New York publishers. I got a review in the New York Times, and both books appeared in hardcover and paperback. No complaints, beyond the usual complaint of always wanting MORE.

Also, that second book didn’t “do well” as they like to put it, but that was okay because I had another novel ready. My agent sent it to my former editor who passed, as did all the other editors.

Okay. I thought strategically: the first book had been welcomed by the Polish community, so why not write again about Polish-Americans? I did. Again, my agent sent it out. It was “quiet” and “beautifully written,” but no one said yes. My writing group had liked this book a lot. Was it not getting published because I’m a woman? Because it was historical? Because the economy sucked? Because I was old, not a best-seller? Why, why, why? Should I change my name to escape my sales record?

I should mention that before my first book was published, I wrote three other novels that were not published. I’ll do the math: I had written five books that didn’t sell, roughly 1500 carefully revised pages. So. Much. Hard. Work.

I don’t know what I was “supposed to do” when faced with these facts, but here are some of the things I did, some I recommend, some I don’t:

Fast forward through two years to when I completed This Angel on My Chest, a collection of short stories based on my experience of losing my first husband to a heart attack when he was 37, surely my most personal book. My agent sent it around New York, and we got complaints that the book was “too sad.”

In January of 2014, I mentally committed to spending the year entering my manuscript in contests. I sent the same manuscript to seven different contests. Semi-finalist twice. Nothing four times. It won once. In December, at the end of my year of contests, I got an email informing me that This Angel on My Chest was selected by Jill McCorkle as the winner of the 2015 Drue Heinz Literature Prize, and would be published by the University of Pittsburgh Press in October 2015. Oh, and there was a prize of $15,000. Was my book still available?

But more than that. The deeper reward was the long lesson that it only takes one YES. You just have to push your way there. You have to be the most stubborn person in the world. You have to fill all those years before the YES—and as you do, you will realize that you’re filling them with the thing you love the most, and in the end, that thing is not necessarily the publishing part, but the writing part, and thinking about writing, and surrounding yourself with writers who are smart and funny and passionate, and being a person who creates books. Books! That’s the true prize, the life that grows around us as we work and persevere. It grows in the light, yes, but the writing life also grows through the darkness.

Leslie Pietrzyk’s story collection This Angel on My Chest won the 2015 Drue Heinz Literature Prize and was published by University of Pittsburgh Press in October 2015. She teaches fiction in the Converse College low-residency MFA program and in the Johns Hopkins MA Program in Writing. This essay is adapted from her remarks at AWP16, on the panel We’re on the Road to Somewhere: Approaches to Managing the Writing Life.

Lovely and graceful reminder of the focus of the work. Appreciate Ms Pietrzyk sharing her "dark night of the soul" in writing (unlike the Pultizer Prize winner). Now I'm curious about how the different things she tried worked out to her benefit or not. (I think the whining probably helped clear some negative energy, but probably wasn't beneficial beyond that.) Thanks, Leslie. Linda

Thank you for this. I am in it now, and I can check off many of these same bullet points. What's grueling is that after every yes, you need another. Unless you've blithely won the Pulitzer. Or you decide to quit, which is harder than it sounds.