Feeling Possible: Reflections on the Legacy of Toni Morrison 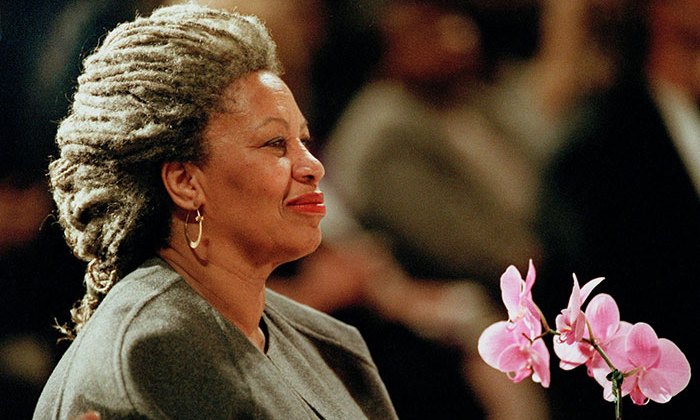 Toni Morrison’s narratives delve deep into Black identity, shedding light on the ways in which our nation has failed us and how we have failed each other. Her work honors and celebrates the black woman, a voice that that often goes unheard and ignored. And more importantly, her work intervenes in the cyclical nature of trauma experienced by the most forgotten.

I was fifteen years old when I first read Toni Morrison. Her 1981 Pulitzer Prize-winning novel, Beloved, was one of several choices of reading for my tenth grade English class, and I was the only one in my class of predominantly white faces to select the novel. I remember being questioned by others about the appropriateness of the novel, but I was insistent on doing what others told me I couldn’t. It was the first novel to make me uncomfortable, to make me really understand what it felt to be like in my skin. I don’t think I truly understood the gravity of Beloved at fifteen years old, but it was essential to my development as a Black woman.

Beloved is just one of Ms. Morrison’s countless contributions to the arts. However, I don’t think I can adequately describe anything she’s written. I can’t recall the ending of Jazz. I can’t remember a single quote from Song of Solomon. And I muddy the characters in Paradise. I can only explain how those stories made me feel. I can only tell you how Toni Morrison made me feel. She made me feel possible, like my voice is worth being heard, and that there is a place for me at the table.

Ms. Morrison published her first novel at age thirty-nine, demonstrating that the craft of writing something beautiful is no easy task. During the 1981 annual meeting of the Ohio Arts Council, Ms. Morrison shared her duties to creating even the shortest piece of fiction. She said, “If there is a book that you want to read, but it hasn’t been written yet, you must be the one to write it.”

On August 5, 2019, we lost not only an award-winning novelist, but an educator, an editor, a mother, and one of the greatest storytellers the world has ever seen. Her work and legacy will forever live on in the hearts of many. I express my sincerest condolences to her friends, family, and all who loved her.

Chelsea McLin joined AWP as an intern in 2018 and now serves as the Registration and Diversity & Inclusion Coordinator. She holds a BA in English from the University of San Diego, where she minored in creative writing and ethnic studies. She also received her MA in English with a focus in African American literature at the University of Maryland. Chelsea also worked at UMD's Office of Undergraduate Admissions serving primarily underrepresented students. She enjoys literature that celebrates Black women.