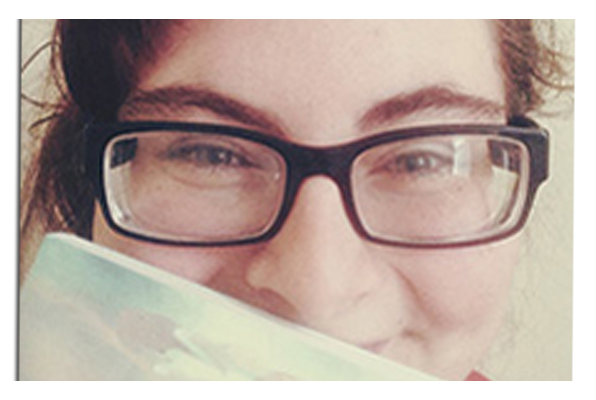 I have depression. I have anxiety. I’ve suffered from many of the aspects of PTSD. I’m a lesbian, I’m nonbinary, I’m fat, my brain doesn’t work the same way others’ do. These are all labels I attach to myself as I navigate through the world. It’s easy to get caught up in all the things I am on a day-to-day basis. I watch as policies are signed into legislation that try to negate my existence, to limit my ability to have bodily autonomy. I must carefully consider who I come out to, have to decide, “is this person a danger to me?” with every new interaction. I constantly wonder if the things I’m saying, doing, wearing, projecting, could get me hurt or killed. I do all this, because, for me, to live without the self-acceptance of these labels would be to live a life of suffocation and nonexistence.

I’m also an artist, a writer. Things change when you write, when you create art of any sort. You can choose to put those aspects of yourself that are constantly there in the physical world into your creations. Or you can choose not to. Art is inherently political; the act of creating while Other is political. That doesn’t always mean what you create itself will be political. Not every story I pen will involve a fat character or a character with mental illness or queerness. They often do, because if I want to see myself in art, I oftentimes have to do it myself.

I think that’s what draws me to horror and magical realism in particular—these stories aren’t inherently about what makes us Other. They’re about surviving in a hostile world set against us. Yes, this is a metaphor for how we exist in real life, and yes, that’s the political statement I’m making with my writing, but it’s not everything. Horror is a genre about two things coming into conflict. The monsters don’t come after a character because they’re trans; often they don’t have a motivation for coming after a character. They just do. A ghost doesn’t care if a character suffers from severe OCD; they just are. And in magical realism, the reader is confronted with the reality that the world is sometimes a crazy, fucked-up place, and there is no reason for it. There’s no logic that can be used to define it. It just is.

I am. Once, in therapy, I told my therapist that I had struggled for so long with my gender identity because I was worried about “just adding one more label to the list, one more reason to be fucked up.” I thought that all these things, these –isms, make up who I am, define me, instead of the other way around. I’m just me. And when I write, my characters are just themselves. Sometimes, that means they’re dealing with the inherent consequences of sexism, racism, homophobia, hurtful families, and destructive politics. Sometimes, they’re just dealing with the thing that lives in the basement.

It’s a choice. In a world often bereft of such, I’m still able to make that choice: whether I want my stories to have an underlying meaning, or if I just want them to spook the reader with the unknown, or if I want to try to weave together both. It’s something I think people take for granted in our world of reclaiming labels—you either write who you are, or you’re denying yourself. I think that binary is inherently flawed. There’s more freedom in writing than it’s given credit for. You don’t have to write any sort of way. There is no one “correct” way to write. It’s a hard-won lesson I’ve learned over the last few years. I can write while being or having all of those different things I’ve claimed for myself, but that doesn’t mean I have to be limited by any one of them.

A. Poythress is currently finishing their Master's thesis at Columbia College Chicago towards an MFA in fiction. They've been published in Thresholds UK, The Lit Pub, Asymmetry Fiction, and Brilliant Flash Fiction, among others. They primarily write horror and surreal fantasy focused on women and queer folk.