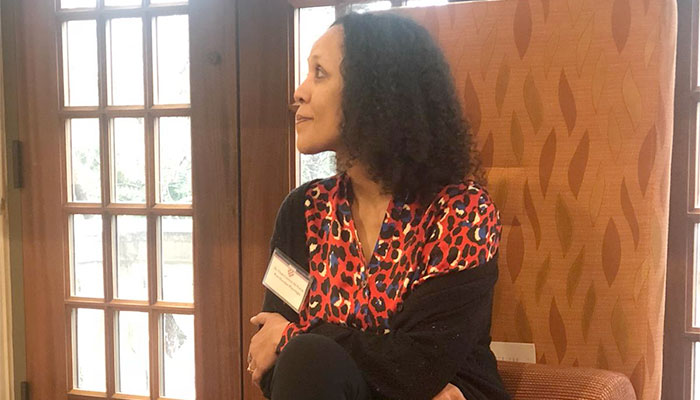 The foreign newspapers came once a week, on the Thursday plane. I remember my father during siesta, his shoulders leaning against the headboard, the white sheets, the pages of the paper resembling outstretched wings. Their fissures could be distinguished in the dim light, wings perforated by the scissors of censorship. The newspapers always arrived in the city mutilated: the morality police never tired of snipping pages, with decency as their excuse, even though there were contents much more compromising than those they wanted to excise. Not images of half-dressed women but, rather, corruption reports, failed revolutions, bombings and dictatorships.

I can’t say I grew up in a country where reading was easy. Books were rare, and the few around were feverishly exchanged. They were read over and over again. They were narrated to whoever couldn’t read them. In the evening, during dinner time, seated on the mat, we kids would tell stories to one another. Fairy tales in which the lion was always powerful, the jackal clever, and the donkey, refusing to live under his master’s yoke, would miraculously transform into an antelope. Whenever it was my turn, my cousins would ask me to tell the stories of the Book: that is, of the illustrated Italian volume where Andersen’s fairy tales were collected.

It was always the little mermaid that they asked about, each time hoping she wouldn’t be deceived by the sea witch. As though, by clinging tightly to that story, we’d have the power to change its ending and, thanks to us, the little mermaid wouldn’t give up her voice in exchange for a pair of legs.

Out on the veranda, the adults would listen to the radio. One evening they broadcast a song, and the song began more or less like this: Without you, mother, the men would have never left the darkness and would have never reached a moon suspended from the sky. We heard our youngest aunt rejoice and clap her hands, repeating the words and rejoicing again. “Tape it, quick, tape it!” she said to someone, so we understood it must have been a special song. And it was, in its way, or maybe the story behind it was even more special, the story we heard repeated in the days to come.

The story was about the poet who had composed the song: he was a very famous poet who had ended up in jail for his verses. It was said that, just as soon as she’d found out about her son’s imprisonment, his mother started walking to go beg for the government’s clemency. She was a nomad, she lived in a remote area inland, and, because she knew that in the prisons they let inmates die from hunger, she’d brought some oodkac as a gift, dried meat in butter and wild basil.

She arrived in the capital, and, despite her best efforts, they wouldn’t allow her to see her son. She knew no one in the city, so she had no choice but to sleep outside near the prison, with the hope that, by seeing her so determined, the authorities would mend their ways. Moved to pity by the circumstances, a guard told the poet about his mother and offered to help.

So the poet decided to dedicate a long song to his mother and, when he’d finally composed it (keeping the verses in his mind by repeating them out loud), asked for some milk. With the milk, he wrote the song: he wrote it on the woven jute blanket covering his bed. The verses written with milk weren’t visible to the naked eye, so the guard was able to take the rolled-up blanket out of the prison without running any risks. Instructed by the poet, he tracked down one of his trusted friends, known for the sweetness of his voice, and gave him the precious bed cover. The trusted friend opened the woven blanket, fastened it to two sticks, lit a large fire, and, when the flames were high, he made sure that the cloth was saturated with smoke.

The verses written with milk became visible and, interpreted by the trusted friend, they came back to voice. The poet went to prison for his verses because they resisted authority and could escape surveillance only if hidden in fabric and milk. The song was broadcast on the radio, and that’s how we, along with his mother, found out that the poet—unlike the little mermaid—hadn’t given up his voice.