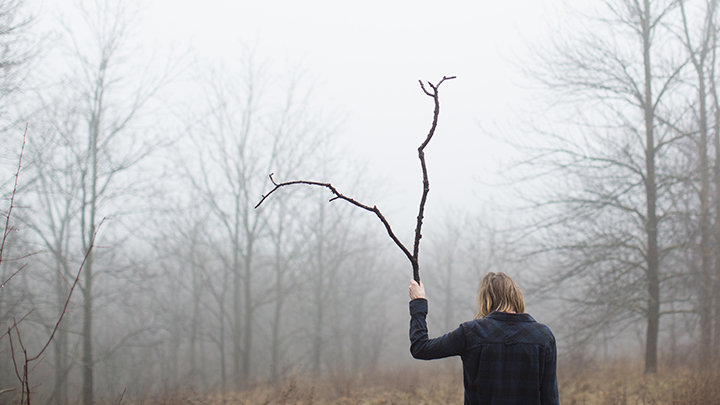 Like millions of other women, I have my own #MeToo stories, and, as much as it pains me to process the experiences that so many generations of women have endured, I am hopeful that bringing these stories to light will help ensure that those left with our memories are not so statistically certain to have similar things happen to them. I have found it both empowering and exhausting to identify and address the gender bias that surrounds us. I am blessed to have two fearlessly magnificent sisters, a brother who has always taken me seriously, a mother ahead of her time (and place) in terms of feminism, and a father who has had every confidence that I could take on the world with my intellect.

My time in the educational system introduced me to the many cultural ways in which men are valued over others. Entering the workforce reinforced these lessons as I observed men granted immediate authority while women were ignored. Discussions between men did and continue to feature prominently in work-related meetings, and recently my question to a male executive at a large team gathering was dismissed in favor of those asked by male attendees. Why, I wondered, were their inquiries deemed important while mine was not? Would my question have been ignored if I were male? My gut says no.

I did not advocate for myself. I should have, but in all honesty, I was exhausted. It had been a long, hard week, and this particular slight was one in a series from males with some degree of authority over me. I was tired. And mad. And temporarily mute. But other colleagues saw. They spoke to me afterwards, telling me that they had seen my attempt to ask a question brushed aside. These colleagues were all women. I was very appreciative of their support, but took note that no men reached out to me. Perhaps dismissal of women’s contributions is such a commonplace occurrence that it did not register in their memories. Yet these are the very things we need to notice, call out, and address. These are the seemingly small things that can ultimately lead to lasting societal change.

It was not the first time I wished for a talking stick.

A friend who worked in health education kept a model of a penis in her office, to use for sexual health workshops. We referred to it as a talking stick, something we dreamed of taking to meetings, putting on the table in front of us, and using to command attention. It seemed as if that was what might be needed for our ideas to be taken seriously and for our opinions to be sought.

I am new to this whole writing scene, having abandoned it as a very young woman, only returning in middle age. It seems I have been doing some things well, with a number of publications to my name. But I have a great deal yet to learn.

I am cognizant of the fact that my academic training is not in English or the creative arts. I did, however, learn to take constructive feedback, and use that advice in honing a final written product. I also understand that the very nature of creative expression means that not all readers will connect with my writing. I get that. And I respect the work that editors do, reviewing submissions, making decisions, and communicating the outcomes to hopeful writers.

Early in my foray into having my writing published, I learned about the lack of gender parity in the literary world and was appalled. Words had always been my utopian refuge. In retrospect, I should not have been surprised that inequity existed, for why would this creative realm be immune to the same issues found in countless other workforce sectors? However, at the time I was astonished, and so very disappointed, feelings that only increased as I discovered the scope of disparities when it came to all kinds of diversity.

I wanted to play my part in changing the culture that says male perspectives are inherently more valuable. So I established some submissions guidelines for myself. First, ignore any established publications with multiple editors/staff members if all of said individuals identify as male. Second, avoid any publications that exclusively use male pronouns on their websites. Third, refuse to submit to outlets if their sample pieces have all been produced by male writers. In addition, I pay attention to interviews with editors. If asked to name their favorite writers, there better be at least one woman mentioned. I also mine the bios of the editors and contributors, looking for diversity of all kinds.

My writing is rejected all the time, so when I received a rejection message after submitting to a new journal, the rejection itself did not upset me, for such is the lot of writers. Then I read further and realized that my initial reticence to submit to this particular journal now seemed well founded. The masthead contained only male-associated names and pronouns, but it was a fledgling journal and seemed to be growing the staffing pool which I hoped would be more inclusive. Also, the website wording referred to diversity as a priority in several realms. I decided that it would be worth my time to submit. Not a good choice.

The editor who wrote to me with the rejection suggested that I learn more about how to write cover letters before future submissions. I was taken aback. Editors from other publications have complimented me on my cover letters. I pulled up what I sent with my submission to this particular journal, thinking that perhaps I had uncharacteristically included ill-advised humor, typos, or veiled insults. Not the case. Perhaps, I reasoned, it was simply too wordy for this editor’s taste. Or maybe, I thought, these men are far more experienced in the ways of publishing. I then went to the masthead listing (still only reflecting male leadership) and researched the editors. Their short list of collective publications was underwhelming. The editor felt entitled to provide me with advice he no doubt thought was helpful. I, however, found it condescending. And, as a woman, I know a thing or two about condescension—how it sounds and how it feels. Would the editor have sent the same email to a male author? My gut says no.

More recently, I submitted to a writing project specifically about women, by women-identifying authors. I was somewhat surprised but also delighted to receive a response from a male editor. How nice, I thought, to know that men were involved in this writing project, in what I envisioned as a show of support. He requested a series of editorial changes, with no indication of an intent to accept the work. I responded with several clarifying questions and it was then that I learned that once the first editor was satisfied with the edits, it would be sent on to another editor (also male, according to the pronouns used in the response). A few of the requested edits were related to formatting and had no substantial impact on the overall ethos of the pieces. Those were easily made. However, the other edits puzzled me. In one case, the editor questioned a cultural reference because he was not familiar with the community/culture in question. A few seconds with Google would have cleared up any confusion. The man also confessed to not having any idea what a particular piece of writing was about. Every single woman who has read the piece has known instantly what I was describing, a biological feature of the vast majority of women.

Clearly, the time had come for the talking stick. I told him directly that I was referencing menstruation and then suggested that, armed with this new knowledge, he reread the piece to see if it made sense. Apparently it did. I also explored this editor’s writing background and found that he has a special interest in genre fiction. However, for the type of work I submitted (not genre fiction), there is no indication that any such work by him has ever been published (or accepted) anywhere but on his personal website. Nevertheless, he felt entitled to provide me with a list of edits to improve my writing. Would he issue the same kind of editorial requests, make the same comments, and ask the same questions if he was reviewing the work of a male author? My gut says no.

How many submissions for and by women may be rejected because there is nobody reading these submissions with an eye toward women’s experiences in the world? My gut tells me this will not be the last time I need the talking stick in the world of creative writing.

Sarah Bigham teaches, writes, and paints in Maryland, where she lives with her kind chemist wife, three independent cats, and an unwieldy herb garden. Her work appears in a variety of great places for readers, writers, and listeners. Find her at www.sgbigham.com.