Wake of History: On Coming to Poetry & Fighting for Indigenous Justice 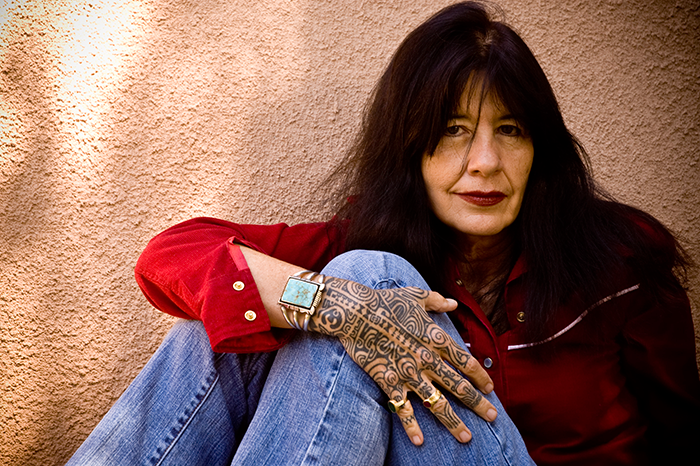 In the early seventies, the University of New Mexico Kiva Club, the American Indian student club constituted as a social club for Native students, became politicized. In the wake of a history of genocidal policy by the US, continually fed by racist practices against indigenous peoples, we began to organize in our communities to take back our governments, our schools, our essential rights. This took many forms, including demonstrations in schools, marches in support of basic human rights for Native peoples, cultivating policy and witness in the negotiations of huge energy companies that were in the process of mass destruction of our lands for development of uranium, coal, oil, and other resources. We began to institute practices of sovereignty in all of its many aspects, including language, tribal law and the courts, education, and in all aspects of social justice. For some of us our art was the primary tool of activism. It was in this atmosphere of rising up that our arts flourished. It is here that I began writing poetry. I was motivated by justice, but justice didn’t write poetry. It inspired it.

The predominant orators at these culture-changing meetings and events were men, not women. Though we worked in tandem with men, our experiences were very different and largely unspoken, except in the stories we shared among ourselves. I began to write poetry to speak from that brave, brilliant, hilarious, and dedicated circle of friends. My earliest poems were often written on the backs of academic assignments, in my sketchbooks, or on bar napkins. One poem commemorated the young Navajo activist Alva Mae Benson, who I admired as she worked quietly poised behind the scenes, often with a baby on her hip, organizing and supporting various events on the behalf of the quality of life for community people: “For Alva Mae Benson, and for Those Who Have Learned to Speak.”

Being able to support and get indigenous peoples elected as officials in the state of New Mexico would have been practically impossible at that time. Many didn’t vote. There was a great distrust of “talking papers,” what the Old Ones called contracts, treaties, and any paperwork coming from the US government that usually resulted in something being stolen, like land, rights, and children. To vote in the US elections could be construed as abandoning tribal sovereignty. We came to realize that we needed to work within the system for change even as we needed to continue to foster our individual tribal nation communities in whatever way possible. This is all still true to some extent.

In twenty years, I returned to the University of New Mexico to teach creative writing and American Indian literature. (“Native American” was a term brought to use from the academics. I tend to shorten it to “Native” or employ “indigenous.”) One day in the mid-nineties a young Pueblo woman came to my office with a motorcycle helmet in hand. She wanted to take my 300-level undergraduate poetry workshop. She liked to write. Her motivation was to help her people and maybe go to law school. She wanted to make change. She turned out to be one of the best students, writing both poetry and essays. One of her essays was published in New Mexico Magazine. She had a tremendous work ethic, often worked several jobs to support herself and her family. She impressed me so much I hired her to work for me as an assistant. Later I left UNM and took a position at UCLA in American Indian Studies. She decided to study there and worked on an MA in American Indian Studies. She left UCLA to attend the flagship American Indian Law program at the University of New Mexico. She began working in her community for social change, became head of the state Democratic Party, and then, as they say, “the rest is history.” Deb Haaland, Laguna Pueblo (and Jemez Pueblo), is now one of the first Native women voted in as a member of Congress. She joins Sharice Davids, Ho-Chunk, of Kansas. There have been Native senators and congressmen in the past—for instance Charles Curtis, Kaw-Osage, senator from Kansas who served as Vice President under Herbert Hoover—but Haaland and Davids are the first Native women ever to serve in Congress. As Haaland said during her campaign, “Congress has never heard a voice like mine.”

Deb Haaland will be the first to tell you that taking creative writing classes assisted her in her ability to communicate to the people, and really to learn how to listen. Listening is probably the first quality that should be cultivated when learning how to write. Her constituency will tell you that she is someone who listens to them, all of them.

We as indigenous peoples are still navigating that terrible wake of history (this whole country is)—and we continue to work for human rights, for justice, by whatever means is given to us. And now, the whole country appears to be waking up to what we were fighting for and continue to struggle for, in this fiercely degraded political landscape, a kind of social and environmental sovereignty in which each of our tribal groups, each culture and race and kind of people, even the lands and waters, have a right to thrive, to quality of life.