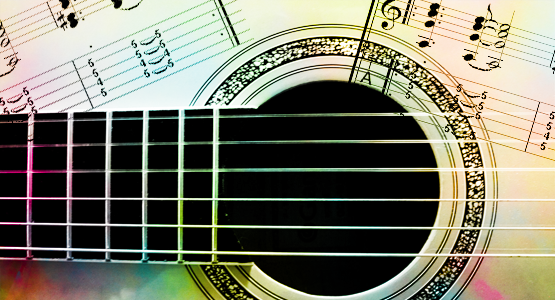 When I was at UMass Amherst in the mid-to-late 1990s, studying with the three brilliant poets and dedicated teachers James Tate, Dara Wier, and the late Agha Shahid Ali, it was as we all know a much different time in publishing. For students of poetry like us, the fact that there was not yet such a thing as websites, instantaneous and pervasive worldwide communication, and a huge variety and availability of publishing opportunities, meant many things. Perhaps most important was that we thought of our work as students in graduate school as fundamentally private. Our community of writers was very small—us—and purely physically shared, on paper.

This of course in some ways caused us some anxiety. We wanted readers. We were ambitious. We wanted very much to be published, in magazines and books, though I am not sure we really knew exactly why. But this goal seemed for most of us somehow distant, for after. As you can probably tell, I think this was a good thing for us as writers, even if it was also hard. Something of course had to change, because there was too much interesting work getting produced, and really no way with the stale magazine system and constricted book publishing situation for any of this work by young writers to get published. Now it has swung the other way, and it is possible to assure a young writer coming into graduate school that it is very likely that he or she will publish a book, and almost surely that he or she will publish in magazines, if not during graduate school, then soon after.

As I said in my earlier post, I have tried in a course I taught last fall to give my students some of that mostly extinct feeling of privacy, even from their peers, to be free to experiment and fail. This is, as most artists I know would agree, an essential part of the process. If you are a dancer or actor or musician, you do not have the luxury of failing forever in private. But writers do, at least for a longer time.

During my first few years in graduate school I was doing a lot of failing. I was writing a lot, but I knew somehow my poems weren’t right yet. Nothing anyone said to me, not my teachers or peers, changed this knowledge in me. Last semester, watching my graduate students bravely experiment with daily and weekly writing, and support each other in that work, I was thinking a lot about what I did and how I survived during this time, and remembered something I had totally forgotten, or repressed, which was that during my time at UMass, I took a jazz improvisation class at Hampshire College with the great free jazz musician and composer Yusef Lateef.

The course met on Monday mornings, at what at the time was the unholy hour of 8 a.m. Despite the time, each week well before each class started, the room was totally filled with at least thirty, probably more, young jazz musicians, the best in the area at various instruments. Every person was seated and tuned up and ready to go when Lateef walked in, tall and impressively clad always in a white robe. He would walk around the room, handing out a single sheet of paper with the “head” (a single melody line) of a tune, sometimes an original composition, at other sessions a piece by someone else, along with a scale or mode that would demonstrate some basic principle.

After handing out the papers he would go back to the front of the room, maybe say just a few words about what was on the page, count off, and we would play the head all together a few times. Then the bass and rhythm and piano would play while we went around the room and improvised, one by one. He and everyone in the room listened to each person move through several bars, playing with the melody, trying out some of the principles suggested by the melody and scales.

I had been playing guitar almost my whole life, and while I had never formally studied music, I had an innate sense of melody and chord structures, and good relative pitch. I also loved and listened to all sorts of music, and considered myself a student of it, albeit a self-taught one. All of this qualified me to be the lead guitar player for a band called The Figments that played songs written by my friend Thane Thomsen, then, and still today, a true hidden American genius. Not only were the tunes really good, but they were interesting. In our own primitive, rural downtown art-scene way we were breaking a bit out of the most traditional song and melodic structures, Sonic Youth-style. So when I signed up for the class I figured even though I might not be a trained musician, I’d be able, through dint of my sense of what music was, to at least participate, keep up, get along.

Gradually, the music would move around the circle, getting closer and closer to my turn to play. These were, honestly, some of the most terrifying and humiliating moments in my life. I was almost always immediately completely lost. I would try as my turn neared to identify a few safe notes on the guitar neck, then at the fateful moment would play them in sort of the right rhythm, and maybe very carefully venture off of them into the nearby regions. My musical choices were incomprehensible, because they didn’t make any sense. I would play wrong notes that led into banalities, and sometimes even just resort to playing the same note over and over, like some zombie Neil Young soloing over “Down by the River,” transported from a campfire into a recital hall, until I could motion to the next person to take over. It all felt like it lasted for hours, though it was maybe forty-five seconds. I could sense many jazz eyes rolling upward into their heads. People might well have been biting their lips in order not to laugh. I never dared to look at Lateef or anyone afterwards, and would slink out of the room with my guitar and amp, trying to figure out why I kept coming back.

The biggest problem was, I couldn’t even sight-read the music on the sheet, which made it impossible to improvise to the melody. Now I wonder, why didn’t I just work on my sight reading a little bit, so I could at least be rudimentarily ready by the time it got to be my turn? It’s hard to say. I was working a lot on poems then, and reading poetry all the time, and teaching composition to pay my tuition and the rent on the house I lived in at One Bardwell in Florence, MA, catty-corner to a coffin factory, and then later on my weird little apartment in a building that had (as I discovered once when I went to the library to look at old maps of the Amherst area) been in the mid-nineteenth century a kind of barracks into which a large number of farm workers were crammed, and since then been known as the Beehive. I was also going out practically every night, usually to the WWII Veterans Club where there was a functioning periscope that looked out onto the world’s most boring streetscape, and cheap drinks, and where we would hang out and talk about poetry and shoot pool and smoke inside. Our band was also rehearsing a lot, and playing lots of shows. I was completely happy and also miserable. Probably there wasn’t time to add on another serious artistic endeavor.

Yet, I kept coming back. I realize now I was experimenting with my own creativity, trying to find its limits, where I was strong and where I would never be. I think there was a part of me that needed to do this in public, to feel what it felt like to fail, and to survive. This was, along with the other music I was playing, and the poems I was sharing with my fellow students at UMass, the beginning of my life as a public artist.

In one of the last classes, Lateef came in and handed out a sheet with just some simple words on it, no music, which I wish I remembered exactly. I know it was something about death, or love, and getting through it all. It was a blues tune, and he told us all to put down our instruments, and for just the drummer and bass player to play a simple, slow walk. Then he asked us to sing, in turn. It was amazing: all these great musicians, who could really play beautiful stuff, could not sing a lick. Not one of them, I swear. I was like some kind of movie, or after-school special. When it got around to me, I felt completely confident singing the lines. Though I could hold a tune, I had never thought of myself as an especially good singer. I certainly don’t have the voice of an angel, more like that of a serious ape who has just been informed he has a soul. But at that moment, I just knew I knew what to do, and in the middle of singing, I heard something, and looked up, and it was Lateef, singing, very loud, along with me, smiling, and yelling encouragement. It feels like some kind of extended humble brag to end up telling this part of the story, and I want to cut it out to protect myself from that appearance, but not only is it completely true, but it seems important, part of my process of beginning to learn who I was as a creative person, and that to fail, even spectacularly, might not only not be a disaster, but the only way forward.

The next class, the last, I got there a little early, and Lateef was there, too. He walked up to me and asked, very seriously, “So what is it that you do?” The implication was unmistakable: I could not possibly be a musician, so it must be something else. I told him I wrote poetry. He put his hand on my shoulder and said, “That’s a good discipline.” Those were the only words we ever exchanged. I recently discovered, when searching for him, that he died recently, on December 23, 2014, which, if it weren’t for the Internet, I probably never would have known.

Matthew Zapruder is the author of four collections of poetry, most recently Come On All You Ghosts, a New York Times Notable Book of the Year, and Sun Bear (Copper Canyon, 2014). Why Poetry, a book of prose, is forthcoming from Ecco Press in 2015. He has received a Guggenheim Fellowship, a William Carlos Williams Award, a May Sarton Award from the Academy of American Arts and Sciences, and a Lannan Foundation Residency Fellowship in Marfa, TX. An Associate Professor in the St. Mary's College of California MFA program and English Department, he is also Editor at Large at Wave Books. He lives in Oakland, CA.