Kurt Brown and What You Can Do for Poetry 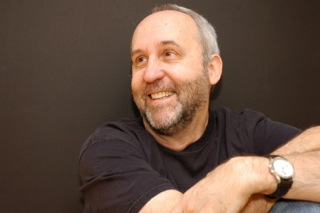 During the summer of 1990 I took a break from my graduate studies and spent several weeks in Aspen, helping Kurt Brown to run the 15th Aspen Writers’ Conference. It was – like everything Kurt produced – memorable. The work, however, was not exactly glamorous. I helped with every kind of administrative and event management detail imaginable, from finding chairs and setting them up then putting them away, to transportation, to meals, to directions, to buying the booze (and caring for the boozed), to trouble-shooting – you name it, I and my fellow assistants did it. And the writers were impressive. I don’t remember everyone who was there, but they included my former teacher Derek Walcott, along with Charles Simic, Al Young, Carolyn Forché, Cyra McFadden, James Welch, and others – a very, very gifted and vivacious faculty, along with scores of eager students from all over the country, everyone seemingly infected by Kurt’s creativity, enthusiasm, and good will. There were seminars, lectures, readings, workshops, parties, hikes, dinners, conversations, arguments, the usual kinds of ultimately harmless bad behavior, and lots of words, what seemed like an ocean of words, new ones, old ones, the good, the bad, the dull, and more, spilling out of people in every direction. It was intoxicating in the way that it was supposed to be.

I had helped Kurt run the conference once before, the 5th one, when I was only 20, in 1980, and living in Aspen full time on a year off from college. That time I had been so wide-eyed I hardly knew what was happening. In 1990, at 30, I saw things differently and could participate differently. I had begun publishing and my course was set. Older and marginally wiser, I knew the conference, I knew the town, knew a bit more about the literary life, understood just how good, even great, some of the faculty were, and as a result was able to grasp better the quality of what was happening. And I deeply enjoyed helping to make it happen.

On the final weekend, as people were packing up and leaving, I remember that Kurt approached me with a look in his eye that I recognized.

“I have a great idea….” he began. Great, I thought. While I was interested, I knew that Kurt’s ideas usually meant work….for me. And I was tired. I had hardly slept for weeks. My liver was ailing. I had thought we were done.

“Did you know,” he went on, “that there’s no membership organization for all the writer’s conferences and centers in this country?”

I didn’t say anything that I can recall. As I said, I was tired.

“And I’m going to start one. Here, type this up….” And he handed me a tattered, Xeroxed list of pages covered with contact information for dozens of writers’ conferences, centers, and festivals.

What could I say? I adored Kurt. As far as I could tell, he was a kind of literary Houdini, again and again pulling off major events often almost by what seemed at first to be sheer will, ambition, and desire. I sat down and started typing. I spent most of a day doing it, and at the end there was the first proposed membership roster of what became Writers’ Conferences and Centers.

That’s the story. It’s a simple one. But it has a moral. When Kurt died unexpectedly last year, I mourned in every part of my spirit. He was a gifted poet. In his final decade he became an excellent and passionate critic. He was a major anthologist of contemporary poetry. I had many great teachers (including not only Walcott, but also Heaney, Czeslaw Milosz, Mark Strand, and Robert Fitzgerald), but Kurt was my only mentor. And he was my friend. All of this matters, but Kurt had another gift that is absolutely crucial and rare, one that is rarely articulated clearly enough: he was a great entrepreneur, and poetry and literature need great entrepreneurs.

In saying Kurt was a great entrepreneur, I don’t mean he was a great businessman. God knows, he didn’t do what he did to make money. And that’s a good thing, because I can’t imagine he made any. Further, there are plenty of people out there who have managed the publication, teaching, and editing of literature in ways that are effective and profitable. Kurt had something different, and I believe far more important. He was institutionally creative. He could look at a community of writers and readers, whether locally or nationally, and see their unmet needs, needs that they hardly knew they had – then meet them. This is more than administration – it is a rare kind of creativity and it can be life-changing for those involved.

Kurt did the kind of entrepreneurial work I’m trying to describe when he founded the journal Aspen Anthology and created the Aspen Writers’ Conference, now titled “Aspen Summer Words” and just one program among many run by the extraordinarily successful Aspen Writers’ Foundation. As they now put it in telling the history of their organization, “In 1976, armed with little more than a lofty idea and enough charm to cajole local restaurant and lodge owners into donating food and housing, Kurt Brown, an ambitious young bartender and poet, launched the Aspen Writers’ Conference.” That was the Kurt I knew, the one with a sheaf of papers and look in his eye, and that was the Kurt who edited such fascinating anthologies and journals, taught and supported scores of young poets, founded a major conference, and dreamed up what has become Writers’ Conferences & Centers.

The moral is this: writing is more than writing. It does not occur in a vacuum. Now in my 50s, several decades older than Kurt was when I first met him by walking into one of his classes on contemporary poetry in 1980, I understand just what it takes to create the kinds of communities in which reading and writing thrive. And what it takes is people like Kurt Brown.

Like many in our line of work, every year or so I find myself writhing in pain on a panel where the assembled gurus are supposed to address that apotheosis of narcissistic inquiry, “How Can I Get Published?” For years these kinds of discussions depressed me. The glazed look of the aspirants in the audience reminded me of nothing so much as cannibals contemplating a human sacrifice. But then it struck me that the answer of how to approach the discussion in a more productive way lay in being honest about the kinds of lives we actually live in the literary world, especially in poetry, Kurt’s greatest passion. Most of us who pursue this art do more than scribble verses. We read. We write scholarship, criticism, and book reviews. We teach. We administer programs. We edit. We publish. We sit (and here it gets intense….) on governing boards. We raise money. We mentor. We design curriculum. We write budgets and strategic plans. We hire and, if necessary, fire. We found programs, journals, presses, conferences, departments, and even schools, and we run them.

As I look back, I now realize that at the time, what I thought I learned from Kurt, as we sat together reading and writing our own work, and editing poems for Aspen Anthology, was how to write. That’s true, but I learned much more than that, a lesson embodied in the ongoing vitality of Writers Conferences & Centers and of so many other organizations he dreamed up, founded, led, and supported. I learned that if we want to live in a society where the arts matter, we have to be the change we want to see in the world. Living a creative life means far more than making art – it also means doing whatever we can to make sure that it gets made – and encountered by others – in the first place. That’s one of the things Kurt did so well; it is one of the crucial, rare things he taught me how to do both by precept and by example from one hour to the next, and it is exactly the reason why Writers’ Conferences & Centers exists in the first place.

In the end, one of Kurt’s great gifts, the gift that was emerging so charismatically on that day in 1990 when he asked me to type up a scrambled list of literary conference, center, and festival addresses was entrepreneurial charity. He saw a need that no one had met, and he set out to meet it, because it would help our art and because it would help others make it and keep it vibrant. So yes, keep writing, but never underestimate the power of an address book, of a list, and of the desire and commitment that underlies the creation of this organization and all the others which serve you – and which I hope you will also choose to serve. Approach the writing life in this spirit and you will realize that the real question is not what poetry can do for you, but what you can do for poetry.

And you will get published.

David J. Rothman is a widely published poet, critic, essayist and scholar whose sixth volume of poetry, Go Big, will come out from Red Hen Press in 2016. He directs the low-residency MFA at Western State Colorado University, where he was the founding Director of the Poetry Concentration. He was co-founder and first Executive Director of the Crested Butte Music Festival and the founding Editor and Publisher of Conundrum Press, now owned by the Samizdat Group of Denver. He has served as editor or consulting editor at many journals, and currently sits on the board of AWP along with the Advisory Board of the West Chester University Poetry Center. He has been Executive Director and President of the Robinson Jeffers Association. He has taught at many schools, including the University of Utah, New York University, Zhejiang University (People’s Republic of China), the University of Colorado, Denver University and Western State Colorado University, in addition to serving as English Department Chair, Dean of Academics, and Headmaster of Crested Butte Academy, a private, independent school. He lives with his family in Crested Butte, Colorado, and believes that you can sleep when you’re dead.