On Ten Things Writers Do:
Honesty from Ru Freeman 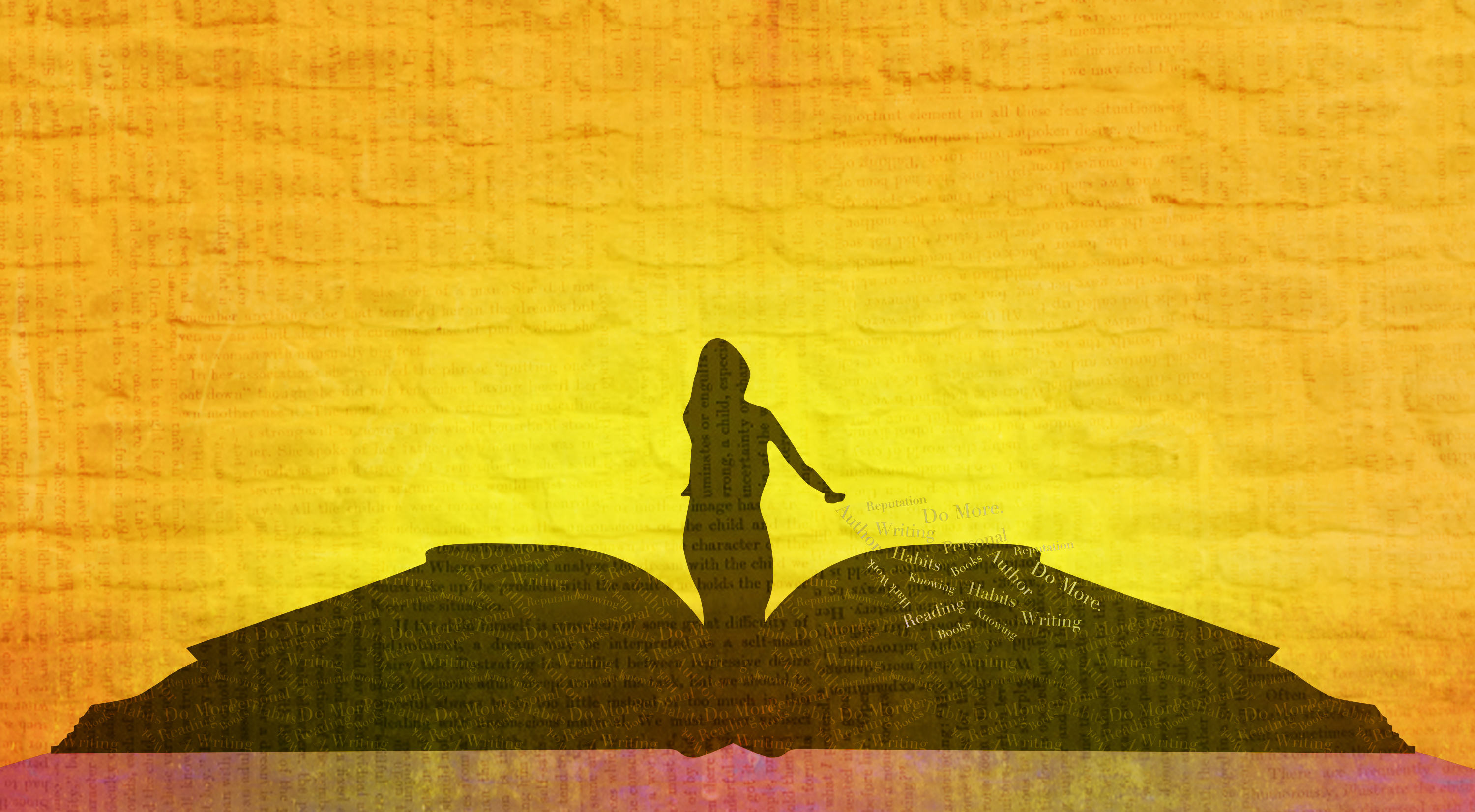 There’s an essay that gets posted on social media every few months or so, called “The Odd Habits and Curious Customs of Famous Writers.” All the usual suspects are cited, their quirks revealed as the endearing and necessary tics of the mad successful. The purpose of this, I feel, is not so much to nudge the rest of us toward emulating these habits, but, rather, to help us recognize that whatever routines sustain us are probably equally valid. Yet, perhaps what is even more relevant to the writing life is understanding the ways in which we goad ourselves to do the necessary work, a type of reflection that ought to also include the ways in which we avoid it and how and why we eventually do it. Here is, then, a top ten of personal tendencies:

1. Reading. In the last two months I’ve read Alice Munro (Dear Life), Celeste Ng (Everything I Never Told You), Elif Safak (The Forty Rules of Love), Aleksandar Hemon (The Book of My Lives), Barry Lopez (About This Life), Taiye Selasi (Ghana Must Go), Jen Percy (Demon Camp), and numerous collections of poetry including those by Roger Reeves, Jane Hirshfield, Ghassan Zaqtan, Nathalie Handal, and Terrance Hayes; I am half-way through C.L.R. James (Beyond A Boundary), Rabih Alameddine (An Unnecessary Woman), Dominique Eddé (Kite), Rebecca Solnit (The Faraway Nearby), Zadie Smith (NW), Romesh Gunesekera (Noontide Toll), and Richard Bausch (Before, During, After); and I’ve just begun half a dozen other books of prose and poetry. Still, I know that I am far behind in my reading and probably will never catch up. When will I ever re-read the Russians? Will I ever pick up Infinite Jest? I feel somewhat pardoned by a conversation begun by the writer Cheryl Strayed, where she asked us to divulge which great, must-read we hadn’t read and never would. Or, worse, hated. But only somewhat. My sole comfort is that aspiration, if not execution, is being noted in the literary heavens.

2. Book Buying. I buy far more books than I will - obviously - finish reading. My carefully organized shelves are now filled and the floors beside them are catching up. So is the strip of carpet beside my bed. And every side-table and other shelf in the house. And still I continue to buy books. I have found that 100% of the time, if there is a question I’m seeking to answer about writing, either for myself or for one of my students, I can find it in one of those books. Even if I’ve not read the book until I take it off the shelves (or floor), in search of an answer. A student asking about stories written entirely in dialogue lead me to reach for Bolaño, another’s search for an edgy youthful voice, reminded me of Patricia Engel’s work.

3. Hard Work. Apparently, I don’t do it. I admire those that do, and feel certain pangs of self-doubt when I imagine that if only I worked as hard as my friends did, I could perhaps write better books. If only I could dissect each sentence repeatedly, read every Paris Review interview and then apply all the kernels of wisdom to my own craft, nay, if I could think of writing in terms of hard work, then I could be truly good. I don’t do these things. I cringe when I hear other writers making statements about how difficult this work is, how much we have to struggle, how deep our inner angst as we strive for perfection. It comes from having grown up in the midst of hardship. Writing does not strike me as qualifying. Unpaid or poorly paid work? Yes. Mostly unrecognized and unlauded work? Yes. Maddening and frustrating work? Sometimes. But hard? No.

4. Habits. In a post about yearning to come to the end of her travels for her book, Still Writing, Dani Shapiro has this to say about writing: “Writing a book demands blind faith, decent habits, tenacity, endurance, the ability to withstand indignity and rejection, (and the discipline of sitting down every day whether you feel like it or not). Above all, writing a book requires patience.  A book is a lot like life. You never know what’s around the corner.” I put that section about discipline within parentheses because that’s a part that doesn’t really work for me. True fact: I don’t write every day. I go for months without writing anything beyond wonderfully phrased emails. Yet somehow I do manage to write what I need to.

5. Required Writing. While I enjoy hearing about the determined work of my fellow writers, their timetables and practice of diligent intellectual rigor, my own work ethic harkens to a comic strip that the poet Reginald Dwayne Betts shared on Facebook recently. It’s a bar graph depicting the creative process which progresses from work begins, to a long period titled “fuck off,” followed by a spell of panic, and a short spell called “all the work while crying” just short of the deadline. Most of my short writing is done this way. The deadline for this and another article is in less than forty-eight hours, thirty-six of which are earmarked for an overnight bus trip and a college visit to Maine. When I am required to write something, I cannot do it without this sense of crushing urgency. There. I’ve said it.

6. Novels. My process for writing novels is significantly different and also similar. I cannot plan the trajectory of a book, nor can I imagine the characters in any great detail before I set out to write. I spend years thinking only that, “I need to write that book,” where “that book” is an opaque mass with a gauzy haze around it. That gauzy haze is what I think about. For the first novel, that mist was made up of women’s friendships and motherhood. Thoughts would come and go about notions of motherhood, of the bond between women, of how aspirations nurtured in a girl’s mind might bloom and threaten her future. When it was finally time to write, I wrote a chapter from 9:00 to 11:00 each morning - a constraint imposed by the fact that my computer could only stay charged for two hours. With the second novel, the haze consisted of knowing that communal politics devastate communities, that there is a before and an after to national events. There were children involved, and a road that curved. I thought about these things and wrote an opening chapter over the course of two years. This time, with the gift of time offered by a residency, I wrote for eight hours a day for two and a half weeks to finish the first draft, took a break of one day to observe the first death anniversary of my mother, and completed one revision before my three weeks were up.

7. Short Stories. I read them and I love them, but I balk at talking about the short stories that I write; I am wracked with guilt that I fail at creating them, and am embarrassed that I only write them because I want a “quick fix.” I keep a box filled with scraps of paper with obscure notes, some of which I no longer understand, and I use these when I want to write something. Many of them peter out into an anecdote and no more. Every short story I’ve written - both published and not - was written in a quick flash and only two were ever revised. I have a mental attitude toward my own short stories (note: this does not apply to those written by others), which can be likened to the withering look given to sprinters by the distance runners. That quickie thing you do, they seem to say, that ain’t running. This is perhaps the only reason why I would ever attempt to enroll in an MFA program: so I will learn, once and for all, how to write and revise a short story. Until then, I’m getting by on luck and no revisions.

8. Personal Essays. Are the stuff of my dreams. As in, I dream that someday I will be useful enough to humanity that they might be interested in reading my personal essays. I have a few published, and I count them every now and again as I imagine what else might qualify so I can get a book-length collection together. I like writing them because they take me into myself and, more importantly, they blend the home I have left behind with the one I inhabit now. Everything else I write amounts to translation. The essays are in the mother tongue.

9. Knowing. The first book I ever wrote was set in places I had never been to because I believed - as so many of my students believe before I bludgeon them over the head with the information that this belief is nonsensical - that the circumstances closest to my heart and way of being were uninteresting to a reading public. This was a mistake because I wasn’t writing fantasy or science fiction, imagining worlds beyond those I knew. What I was trying to do was to channel the emotions I knew into people and places I didn’t know in order to make both of them interesting. It took a 487-page book and more than 60 rejections before I understood that the disconnect I felt as I wrote was glaringly apparent on the page.

10. Reputation. I refuse to acquiesce to the belief that what I might have to say about our political climate, might be detrimental to my career and reputation as a writer. Teju Cole, speaking in Philadelphia recently, pointed out the ludicrousness of the American belief that writers ought not to speak of politics. I heartily agree. We have only one consistent practitioner: Steve Almond. In every other country in the world, writers are at the forefront of discussing the issues of the day because they have the language and the skill with which to do so. That gift ought not to be confined solely to the pursuit of our own personal careers, but extended generously to the pursuit of the greater good of the whole. I will never hesitate before lending my voice to causes that are greater than my popularity as a writer.