On Influence:
I Will Write in the Presence of Mentors 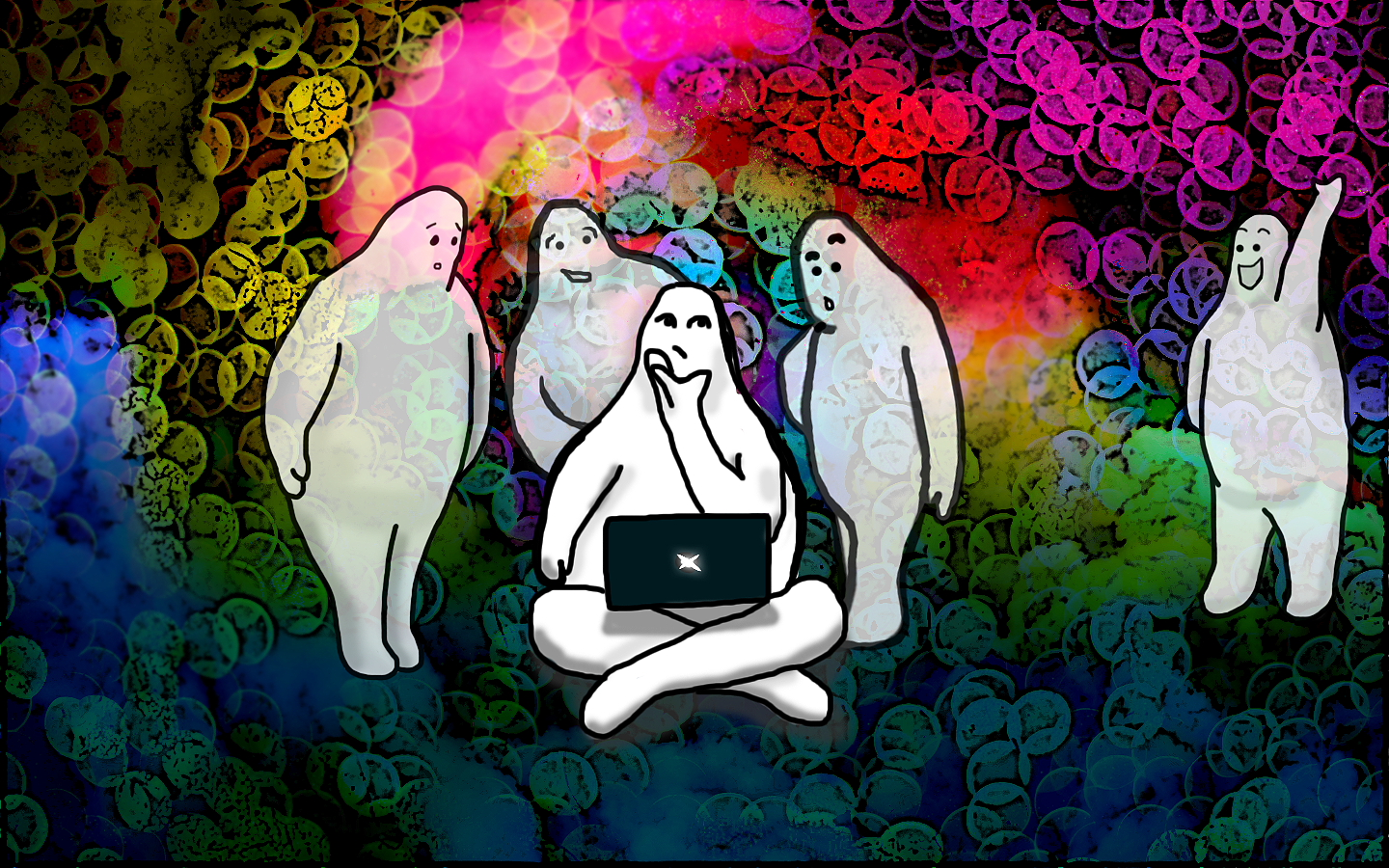 Last summer, at the Bread Loaf Writers’ Conference, I sat in on a craft class taught by Antonya Nelson (Bound) where she discussed the matter of influence. Some of the writers mentioned were direct borrowers like Jane Smiley from Shakespeare (A Thousand Acres from King Lear), while some like Alice Munro carried away invisibly (“Labor Day Dinner” echoing Joyce’s “The Dead”) Others were more of the call-and-response bent, Tolstoy to Chekhov (Tolstoy’s The Death of Ivan Ilych upending Chekhov’s clutch of deathbed stories). Still others wrote in argument, not tribute, most notably, Louise Erdrich’s short story, “The Shawl” which is both the title of and a retelling of “The Shawl” by Cynthia Ozick. All of these are worthy of note because of the skill and subtlety of the writer whose work followed those whom they had so obviously, and so thoroughly read.

I was reminded of this recently when I happened to post a comment regarding J.K. Rowling’s recent statement that her biggest regret was the romance between Hermione and Ron, two of the main protagonists in the Harry Potter series. While acknowledging that there were “spear-wielding armies” ready to skewer me for saying it, I wrote that perhaps Rowling would be better served by regretting that she stole “the entire plot, premise, and every major character” from Tolkien’s trilogy. The post brought out the spear-wielders in force, but I was delighted with the discussion that took place. While one Rowlingite claimed that Tolkien “stole” from the Jewish people, (their Golem of Prague), a claim discredited by a simple examination of the belief system that claimed Golems, as well as the characterization of Tolkien’s Gollum, a Tolkien supporter wrote that Ursula K. Le Guin has noted that while she would not claim that Rowling ripped off her 1968 novel, A Wizard of Earthsea, (in which a boy with unusual aptitude for magic is recognized and sent to a special school for wizards), she did comment on the fact that Rowling has been unjustifiably praised for originality. Le Guin added, more notably, that Rowling could have been more gracious about her predecessors.

Grace is something that is hard to find in most situations, but particularly, it seems, among lesser talents. To acknowledge an influence is no loss of face, surely; the elemental bones of every story have been told before. To acknowledge is not to say that we are lacking in inspiration, but, rather, to take our place among the writers who have come before and to note that we might, in turn, be of use to those who will follow. Writing is the process of stating and creating human history—the things that preoccupy us in this milieu, the homelands yearned for, the future for which we might yearn. Story is also a distraction from those mindings, a way of leaving behind concerns, hence the popularity of fantasy and science fiction, or the way that tales of far away lands are most often read by those who have never left home.

The first paragraph of my first novel (A Disobedient Girl) was written while seated in a class led by the author Lynn Freed. I had not yet read Home Ground, which would become a favorite of mine, but I had discerned a certain clarity of purpose in her speech, and an irreverence toward the intricate architecture of marriage that led me to pen the following words: “I have mended his slippers. Frayed, old, pinned together between the toes. This is the most that is possible.” I then went on to write from the perspective of a woman who had decided to leave her husband and strike out on her own, detailing the deliberate preparations she was making for this journey. That quickly written page was one of the few things that moved, unedited, into the final manuscript. It wasn’t Home Ground, or any one of the many other books that Freed wrote, nor was I aspiring to achieve that. Nonetheless, there was an essential quality about her take on the usefulness, or lack thereof, of men in a woman’s life that pervades my novel. Similarly, although I didn’t know it at the time, Toni Morrison’s Sula, which I read as a freshman in college, spoke to my belief in the importance of women’s friendships—relationships where men remained always outside the parenthesis that contained the women—and would return to me as aspiration and instruction while I wrote of the women in my book.

Influence is not always so direct. By the time I wrote my second novel, I was awash in the misery of knowing what it takes to write well, and I was beset by the increasing certainty that I didn’t have the skill to do it. It would be many years before I realized that this self-doubt, and indeed a lack of knowledge, is a priceless gift for a writer, a sentiment affirmed in a New York Times Book Review Q&A by Rachel Kushner (The Flame Throwers), who said, “A writer is someone who can ask questions and follow bold instincts of assimilation. A vast intellectual, someone incredibly erudite about the entire canon, might have more difficulty doing so." Another mentor of mine, the writer Peter Ho Davies (The Welsh Girl), explained to me the delight and necessity of concealing one’s insecurities. In discussing this particular way of looking at things, the writer Matt Bell (In the House Upon the Dirt Between the Lake and the Woods), wrote, “The amount of style and aesthetic that develops out of covering up weaknesses or blind spots or insecurities is probably equal to that coming from any more noble ambition.”

Wracked by self-doubt, therefore, I had given up on figuring out how to write a novel about a particular and life-altering moment in Sri Lanka’s history, which would consist of more than two dozen characters, all of them vital to the story, simultaneously referencing decades of political events and keeping those events in the background while focusing entirely on ordinary life. Also, how would I make this relevant to readers around the world and make some contribution to the literature of peace before and after war, in good prose? Well, who wouldn’t give up? I had wound up at a reading I’d begun to help organize in New York, Sunday Salon, for writers of color, and fell into conversation with one of the readers, Emily Raboteau (Searching for Zion), who passed along to me the fact that her future husband, Victor LaValle (The Devil in Silver), had thought so highly of the excerpt I had sent along with an application to Yaddo that he had called her to read it aloud. And just like that, my confidence returned. Further, she asked me to read Chimamanda Ngozi Adichie’s Half of a Yellow Sun, saying only that her book, too, had a child at its heart, that it was about a complicated history.

Each morning of spring break that year, I read that book, then spent a few hours writing. I wasn’t influenced so much by the language or technique, but by the story itself. It brought to life the history of a nation whose major events I had only heard as dates. I began to be able to tell the difference between the Igbos of the Southeast and the Hausas of the North of Nigeria, no matter what I thought about those differences. It was a book where there was no right and wrong except at the moment of violence where one person’s actions effectively ended the conduct of life of another. Much later, I read other books. I read Abraham Verghese’s Cutting for Stone long after my book was already in final revision, and though it did not help me in the early stages, I still count it among my influences, if not in revision, then in affirmation of the importance of telling certain stories, particularly those with children at their hearts.

I have learned to know what I need, and to find it among books and lectures on craft. While I was revising that second novel (On Sal Mal Lane), during my residency at VCCA, I would make notes during the day as I worked. At night I would find the answers to the things I was struggling with in the pages of craft books like Robert Boswell’s The Half Known World, or Charles Baxter’s The Art of Subtext. Those writers, too, were influences.

I am adrift again. In thinking about death, a subject that I have been dwelling on deeply ever since I lost my mother in 2009, I began to read books like Amy MacKinnon’s Tethered, and Norman L. Cantor’s After We Die: The Life and Times of the Human Cadaver and Anne Carson’s Nox. I am yet to write more than a single essay on the death of my mother. I glance, the way I always do, at the subjects that would eventually become the books I end up writing. But I will go on reading and, one way or another, those books and those writers whose words, or work, or world-view, or disposition I need to fuel my stories will slide under my feet and steady them. I will look at a page, and I will write in the presence of mentors.