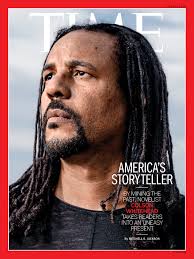 Colson Whitehead appeared on the front cover of the July 2019 issue of TIME, making him the first author to appear on the revered magazine’s cover since Jonathan Franzen in 2010. Whitehead, who was the keynote speaker at AWP’s 2019 Conference & Bookfair in Portland, Oregon, was featured in an article by Mitchell S. Jackson entitled “'I Carry It Within Me.' Novelist Colson Whitehead Reminds Us How America's Racist History Lives On.”

The article focuses on Whitehead’s excavation of America throughout his books. His novel The Underground Railroad, which was awarded both the Pulitzer Prize and National Book Award, reimagined the underground railroad as a literal vehicle, while also commenting contemporarily on race in America. The Nickel Boys, which is Whitehead’s next novel, to be released in July, is set during the Jim Crow period.

“Whitehead’s two most recent novels stand apart in that they most directly satisfy a mandate set out by W.E.B. Du Bois, co-founder of the NAACP, for black writers to create work in service of justice. Books about the past have always helped us understand our present; Whitehead’s in particular feel crucial to understanding our current cultural and social climate,” writes Jackson.

Colson Whitehead’s books also include novels The Noble Hustle, Zone One, Sag Harbor, The Intuitionist, and John Henry Days, and one collection of essays, The Colossus of New York. He has received a MacArthur Fellowship, a Guggenheim Fellowship, a Whiting Writers Award, and the Dos Passos Prize, among other honors.