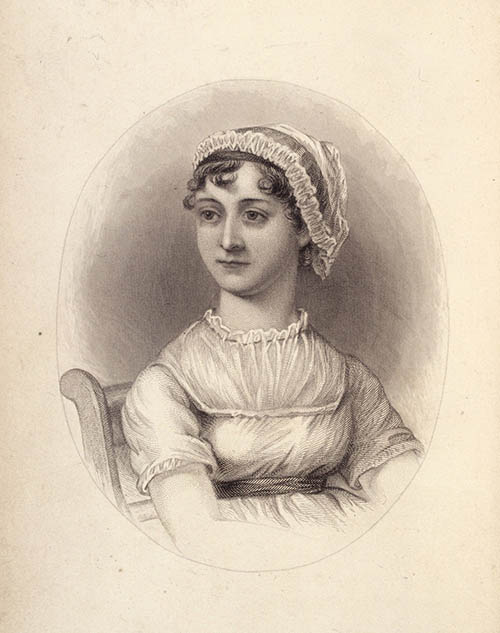 Jane Austen died young compared to her mother and sister, at age forty-one in 1817, which has been the subject of much speculation over the years. Medical historians have theorized that the author of Pride and Prejudice died of Addison’s disease, or cancer, or tuberculosis.

The latest theory to arise is that Jane Austen was accidentally poisoned with arsenic, CNN reports. Dr. Sandra Tuppen, Lead Curator of Modern Archives & Manuscripts, 1601–1850, at The British Library, puts forth this argument in her blog.

The theory came about after The British Library began testing three items stored in Jane Austen’s desk drawer, all of which were bequeathed to the library by relatives years ago: three pairs of spectacles which allegedly belonged to Austen. The tests revealed that the glasses were of varying strength.

According to London-based optometrist Simon Barnard, who is cited in the blog post, Austen might have used each pair for a different activity, which explains the variation of prescription strength. Or, Austen had an underlying health problem that caused her eyesight to weaken over time. Or, compellingly, Austen was accidentally poisoned by arsenic, which can also cause cataracts. Arsenic, Barnard explained, was commonly found in medicines and water during Austen’s time.

“There are many other more likely causes of cataracts than arsenic poisoning,” she wrote in an email to CNN. “Although some recent studies from Asia have shown a loose association of chronic arsenic poisoning in water with cataract formation, the studies only show association, not causation.”

Professor Janine Barchas at the University of Texas in Austin also disagrees, adding that the arsenic theory is a “quantum leap”: glasses don’t necessarily evidence cataracts, and neither does arsenic necessarily cause cataracts.

According to The New York Times, Dr. Barchas, who has also studied Austen’s prescriptions, will have a paper published on the subject called “Speculations on Spectacles: Jane Austen’s Eye Glasses, Mrs. Bates’s Spectacles, and John Saunders in ‘Emma’” in Modern Philology. The paper, co-written with Elizabeth Picherit, theorizes about Austen’s health based on the glasses and her novels.

To Dr. Tuppen’s credit, Susan Scutti writes in her CNN article that Dr. Tuppen said “the suggestion that [Austen] had cataracts, is a theory, rather than something proven.”

This Friday, the glasses will become available for visitors to The British Library to see for themselves.