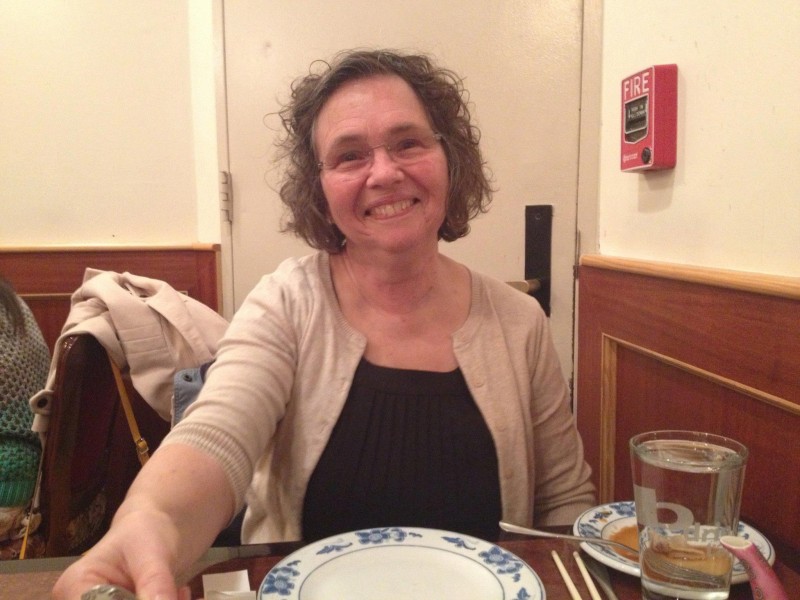 Margaret Rozga, professor of English emerita at the University of Wisconsin Waukesha, has published two books: Two Hundred Nights and One Day and Though I Haven’t Been to Baghdad. She served as managing editor for the 2013 chapbook anthology TURN UP THE VOLUME: Poems About the States of Wisconsin, a project to raise money for the First Amendment Protection Fund. A new book, Justice    Freedom    Herbs, is forthcoming in January 2015.

Her poems have appeared in numerous literary journals including Nimrod, Weave, The Kerf, New Verse News, and as a Split This Rock Poem of the Week.  Her essay “Community Inclusive: A Poetics to Move Us Forward” was nominated for a Pushcart Prize.  She has been awarded a 2014 Creative and Performing Artists and Writers Fellowship by the American Antiquarian Society. She serves as poetry consultant to the non-profit arts education organization Arts @ Large.

Her work has been included in six collaborative projects with visual artists.  She was the 2013-14 president of the AWP Women’s Caucus and program chair for the Society for the Study of Midwestern Literature. A reviewer of poetry books for Gently Read Literature and Verse Wisconsin, she lives in Milwaukee and offers poetry workshops at venues throughout Wisconsin.