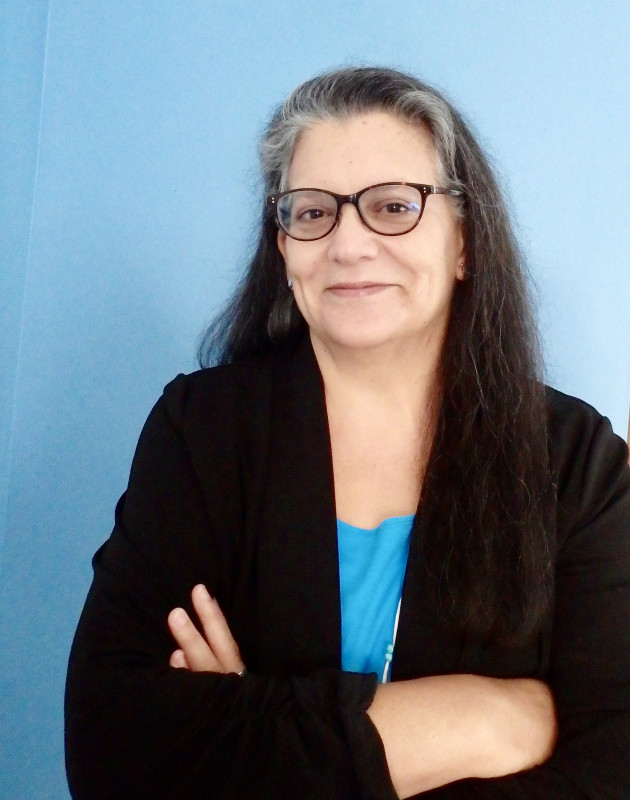 Deborah A. Miranda is an enrolled member of the Ohlone-Costanoan Esselen Nation of the Greater Monterey Bay Area in California, with Santa Ynez Chumash ancestry. In addition to Bad Indians: A Tribal Memoir, winner of the PEN Oakland Josephine Miles Literary Award, she is the author of four poetry collections (Indian Cartography, The Zen of La Llorona, Raised by Humans, and Altar for Broken Things). In 2022, the 10th anniversary edition of Bad Indians was released, with 60+ additional pages of materials. After 20 years of university teaching, Deborah resigned her tenured teaching position to focus on scholarship and poetry involving Indigenous California’s history and literatures. She remains emerita at Washington and Lee University, where she was Thomas Broadus Jr. Endowed Chair of English. She continues to guest lecture, teach poetry and memoir workshops, and write. Workshops include The Fine Arts Work Center in Provincetown, The Low-Residency MFA in Creative Writing at Oregon State University/Cascades, The Virginia G. Piper Center for Creative Writing, and private settings. Deborah’s current scholarship is a collection of essays based on the stories of Isabel Meadows, an Indigenous woman born in 1846, who left behind extensive documentation of Indigenous cultures and histories in and around Carmel Mission in California. Deborah and wife, writer Margo Solod, live Eugene Oregon.