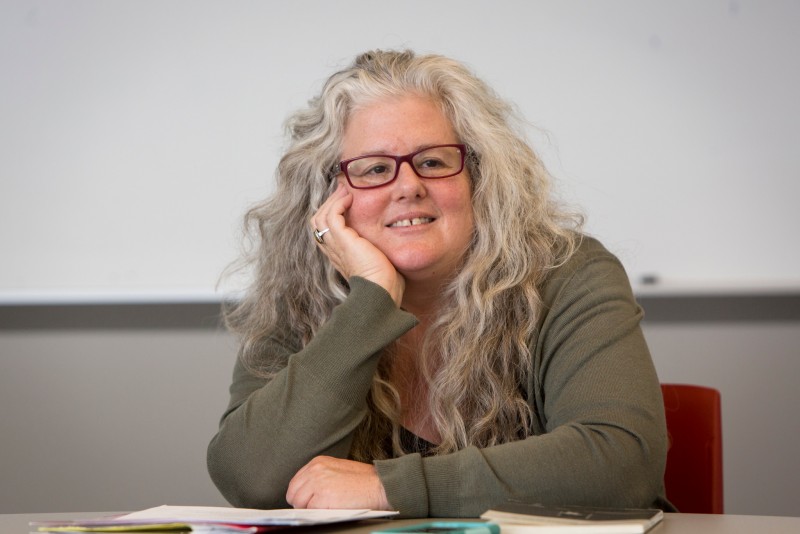 Dana Levin’s first book, In the Surgical Theatre, was awarded the 1999 American Poetry Review/Honickman First Book Prize and went on to receive nearly every award available to first books and emerging poets.

Copper Canyon Press brought out her second book, Wedding Day, in 2005, and in 2011 her most recent, Sky Burial, which The New Yorker called “utterly her own and utterly riveting.” Sky Burial was noted for 2011 year-end honors by The New Yorker, the San Francisco Chronicle, Coldfront, and Library Journal.

Levin has received numerous fellowships and awards, including those from the National Endowment for the Arts, PEN, the Witter Bynner Foundation and the Library of Congress, as well as the Rona Jaffe, Whiting and Guggenheim Foundations. Her poetry and essays have appeared in many anthologies and magazines, including The New York Times, Los Angeles Review of Books, The American Poetry Review, Poetry and The Paris Review.

The Los Angeles Times says of her work, "Dana Levin's poems are extravagant...her mind keeps making unexpected connections and the poems push beyond convention...they surprise us." The Boston Review says, "In Levin’s hands the fragment becomes a tool of regeneration and self-understanding. It’s as if the very idea of the sentence has to be rethought from the beginning."

A teacher of creative writing and literature for over twenty years, Levin has served as the Russo Endowed Chair in Creative Writing at University of New Mexico (2009-2011) and chaired the Creative Writing and Literature Department at Santa Fe University of Art and Design (College of Santa Fe) for twelve years. She lives in Saint Louis and teaches at Maryville University in St. Louis, where she serves as Distinguished Writer in Residence.