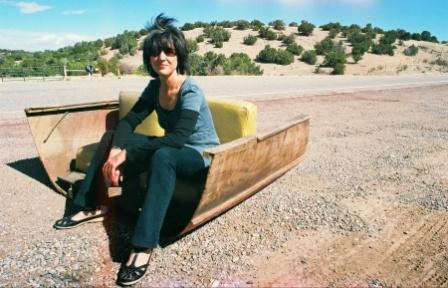 Valerie Martínez's award-winning books include Absence, Luminescent, World to World, A Flock of Scarlet Doves, And They Called It Horizon  and This is How It Began. Her most recent book of poetry, Each and Her (winner of the 2012 Arizona Book Award), was nominated for the Pulitzer Prize, the National Book Critics Circle Award, the PEN Open Book Award, the William Carlos William Award, and the Ron Ridenhour Prize. Her chapbook of poetry and prose, A Hundred Little Mouths (2015), was commissioned by the visual artist, Susan Silton, and premiered with The Crowing Hens Whistling Project at the 20th Anniversary Celebration of SITE: Santa Fe. Her work has been widely published in journals, magazines, anthologies and media outlets including The Best American Poetry, the Washington Post, and the Poetry Foundation’s Poetry Everywhere series. Valerie has more than twenty years of experience as a teacher, primarily at the college level.  For over fifteen years, she has also worked with children, youth, adults and elders in a wide range of community outreach and educational programs.  She is currently the Director of History and Literary Arts at the National Hispanic Cultural Center. Valerie is also Founding Director of Artful Life which works to transform neighborhoods through the beauty and power of collaborative, community art. Valerie has a B.A. from Vassar College and an MFA from the University of Arizona.  She was the Poet Laureate of Santa Fe, New Mexico for 2008-2010.