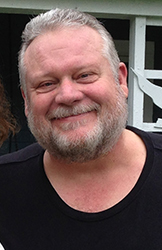 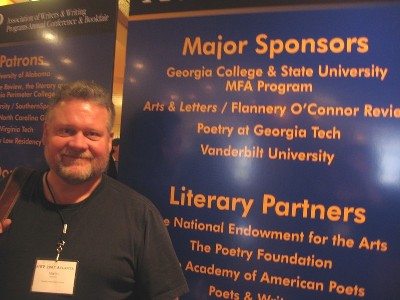 Martin Lammon's first book of poems, News From Where I Live, won the Arkansas Poetry Award and was published by the University of Arkansas Press. He has also edited the book Written in Water, Written in Stone: Twenty Years of Poets on Poetry for the University of Michigan Press’s “Poets on Poetry” series, an anthology of essays and interviews from the series while under the general editorship of Donald Hall.

In 1997, poems published in Nimrod were selected by W.S. Merwin for a Pablo Neruda Prize (second place). Lammon's poems have appeared in many other literary journals such as The Atlanta Review, Chelsea, Connecticut Review, Gettysburg Review, Hotel Amerika, Mid-American Review, Mississippi Review. Ploughshares, Poet Lore, and The Southern Review. He has also published creative nonfiction about living in Costa Rica, including essays appearing in The Chattahoochee Review (co-winner of the Lamar York Prize), The Iowa Review (runner-up for the Iowa Prize for Literary Nonfiction), Zone 3 (listed among "Notable Essays of 2008" in The Best American Essays 2009), and other journals.

Since 1997, he has taught at Georgia College & State University, where he holds the Fuller E. Callaway endowed Flannery O’Connor Chair. At Georgia College, he founded the university’s MFA program, and the literary journal Arts & Letters. Before moving to Georgia, from 1991-1997 Lammon taught at Fairmont State College in West Virginia, where he founded the literary journal Kestrel. From 1998-2003, Lammon served on the AWP Board of Directors and was board President for two terms (2000-2002). He currently lives in Atlanta, Georgia.