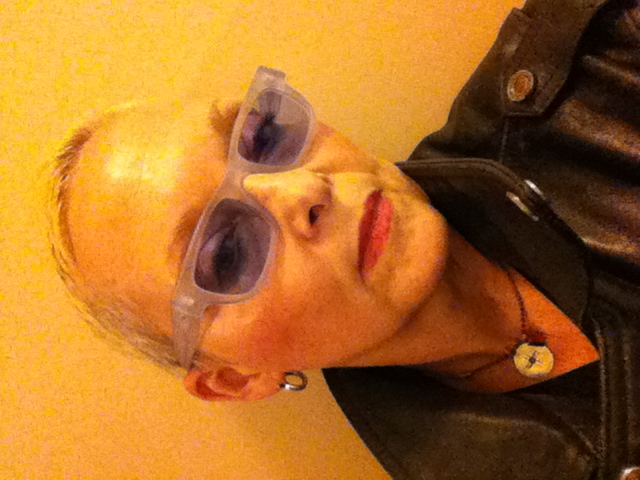 Jan Beatty’s fifth full-length book, Jackknife: New and Selected Poems, was published in January, 2017 by the University of Pittsburgh Press. Her last book, The Switching/Yard, was named one of ...30 New Books That Will Help You Rediscover Poetry by Library Journal. Her work was included in Best American Poetry 2013 and featured in The Huffington Post as one of ten women writers for “required reading.” Other books include Red Sugar, finalist for the 2009 Paterson Poetry Prize; Boneshaker, finalist, Milton Kessler Award; Mad River, Agnes Lynch Starrett Prize - all published by the University of Pittsburgh Press. A limited edition chapbook, Ravage, was published by Lefty Blondie Press in 2012. Another chapbook, Ravenous, won the 1995 State Street Prize.Other awards include the $10,000 Heinz Endowments Artist Award, the $15,000 Creative Achievement Award in Literature from the Heinz Foundation, the Pablo Neruda Prize for Poetry, Discovery/The Nation Prize finalist, and two fellowships from the Pennsylvania Council on the Arts. Individual poems have appeared in journals such as Poetry, TriQuarterly, and Court Green. Her poetry has appeared in anthologies published by Autumn House Press, Coffee House Press, Houghton Mifflin, Oxford University Press, University of Illinois Press, Kent State University Press, and the University of Iowa Press. Beatty's work has earned writing fellowships at the Santa Fe Arts Institute; the MacDowell Colony; Ragdale; the Montana Artist Refuge; Jentel, Wyoming; Ucross, Wyoming; Brush Creek Ranck, Wyoming; Hedgebrook, Washington; Whooping Crane Trust, James L. Grahl Research Center; and Leighton Studios at Banff, Alberta, Canada. Her essays on writing have appeared in anthologies by Autumn House Press, Creative Nonfiction, and The State University of New York Press. She was a featured writer at the Geraldine R. Dodge Festival and Split This Rock Poetry Festival and has read her work widely, at venues such as the Los Angeles Times Book Festival, Sarah Lawrence College, and the KGB Bar in New York City. Beatty worked as a waitress for fifteen years, and as a welfare caseworker, an abortion counselor, and a social worker and teacher in maximum-security prisons. She is the managing editor of MadBooks, a small press that has published a series of books and chapbooks by women writers. For the past twenty years, Beatty has hosted and produced Prosody, a public radio show on NPR affiliate WESA-FM featuring the work of national writers. She has lectured in writing workshops across the country, and has taught at the university level for over twenty years at the University of Pittsburgh, Carnegie Mellon University, and Carlow. Beatty directs the creative writing program at Carlow University, where she runs the Madwomen in the Attic writing workshops and teaches in the MFA program.