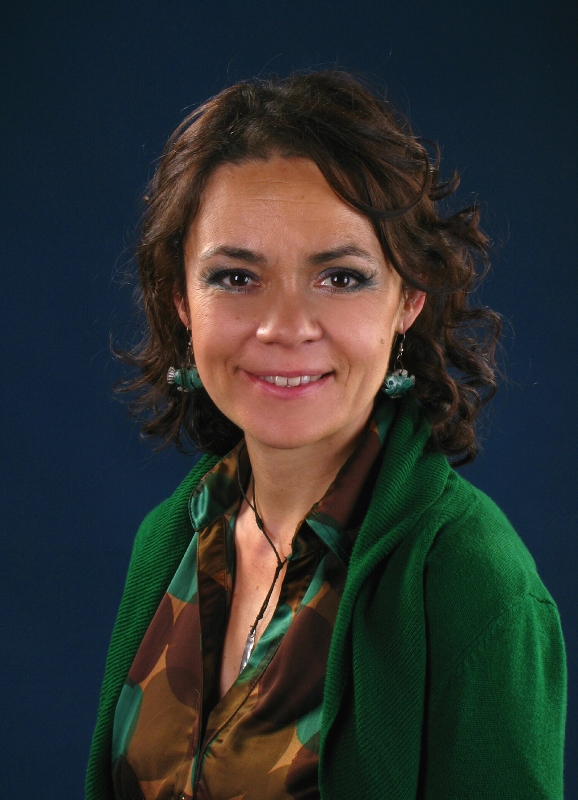 Ewa Chruściel was born in southern Poland. In high-school she took a part in national literature Olympiad and won her entry to all the universities in Poland. After high-school, she went to NY, but after one year she returned to Krakow and started her Master degree at the Jagiellonian University in the department of English. Her Master dissertation focused on the container metaphors in Emily Dickinson’s poetry.

After completing her Masters, she taught English at the Jagiellonian University and also worked for a publishing house translating selected books of Conrad, London, and Singer into Polish. After three years of teaching and translating, she returned to US to do her doctorate which she defended in 2006 at Illinois State University.

Chrusciel started to write in Polish at the beginning of high-school. Her poems in Polish display epigrammatic conciseness and wit with spiritual undertow. In 2003, Studium published her first book of poetry in Polish entitled Furkot which was well-received by critics and other poets. Her second book of poems, Sopilki, in Polish came out in 2009. Her third book, Tobolek, came out in 2016.

Her sixteen-year-stay in US marked the transition in her writing from Polish to English, although she constantly switches between the two languages or superimposes them in various linguistic collages. After having studied Dickinson, Bishop, Graham, and Hejinian, her new poems started to expand, unfold, bracket and bifurcate into multiple layers of reality. Her poems in English appeared in Boston Review (poet’s sampler), Jubilat, Lana Turner, Mandorla, Canary, Rhino, American Letters and Commentary, Colorado Review, Spoon River Review, XCP: Cross Cultural Poetics: Streetnotes. In 2009 she won an International Book Contest for her prose poems Strata which cam out in 2010 by Emergency Press. Her second book in English, Contraband of Hoopoe came out in 2014 with Omnidawn Press. Her third book, Of Annunciation, came out with Omnidawn in 2017.

She published selected poems of Lyn Hejinian and Cole Swensen in Literatura na Swiecie. In 2013 she published the full book length of Jorie Graham’s selected poem in translation into Polish.

Currently Chruściel is an Associate Professor of Humanities at Colby-Sawyer College in New Hampshire where she teaches world literature, poetry, and creative writing.