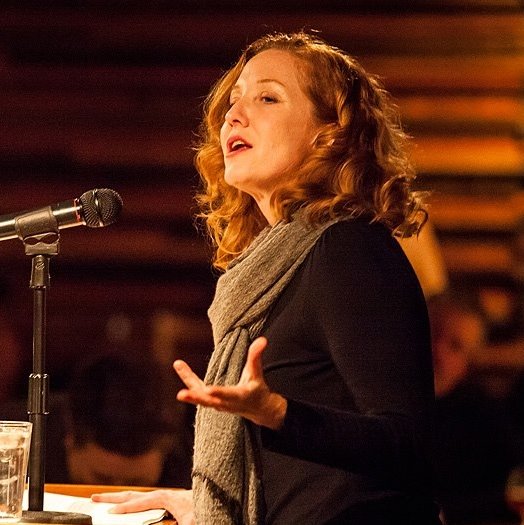 Ann Townsend is the author of three collections of poetry, Dear Delinquent (2019),The Coronary Garden (2005) and Dime Store Erotics (1998), and is co-editor (with David Baker) of Radiant Lyre: Essays on Lyric Poetry (2008). Her poems have appeared in such magazines as Poetry, The Paris Review, The Nation, Witness, The Georgia Review, and many others. She is the recipient of the Barnes and Noble Writers for Writers Award, a Lannan Foundation Fellowship, a National Endowment for the Arts Fellowship, an Individual Artist's grant from the Ohio Arts Council, and the Discovery Prize from The Nation. Her poems have appeared in many anthologies, including The Pushcart Prize XX, The New Young American Poets, American Poetry: The Next Generation, and The New American Poets: A Bread Loaf Anthology. She is a co-founder of VIDA: Women in Literary Arts, and served on the Executive Committee of its Board of Directors until 2015. Professor of English and Director of Creative Writing at Denison University, Townsend lives on a small farm in Granville, Ohio.