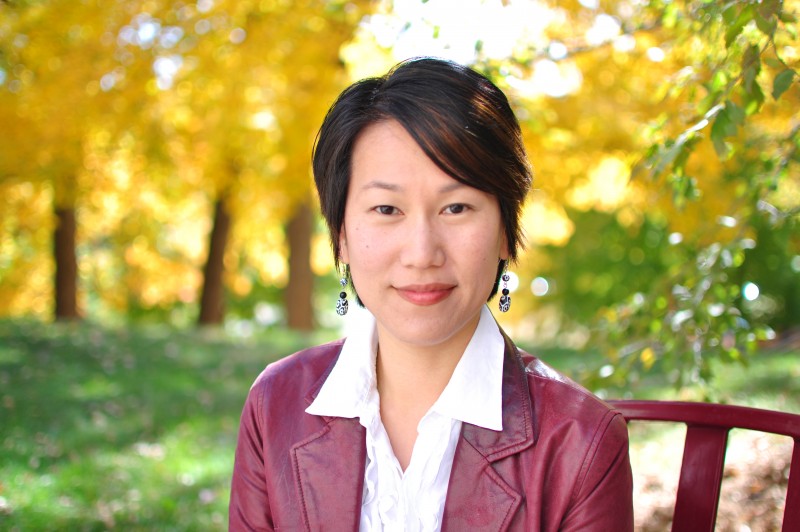 Jennifer Kwon Dobbs earned a MFA in poetry from the University of Pittsburgh and an MA and PhD in literature and creative writing from University of Southern California. Her poetry collection Paper Pavilion (2007) received the White Pine Press Poetry Prize and the New England Poetry Society’s Sheila Motton Book Award. Her chapbook Song of a Mirror was a finalist for the Tupelo Press Snowbound Chapbook Award. Recently, she published a mixed-genre chapbook titled Notes from a Missing Person (Essay Press) focusing on U.S. militarism, gendered violence, and Korean diaspora.

Kwon Dobbs’s work has appeared in many magazines including 5 AM, Asian American Literary Review, Blackbird, Crazyhorse, Cimarron Review, Daesan Literary Journal, Mascara Review, and SOLO NOVO. Her poems have been anthologized in Echoes Upon Echoes, Language for a New Century, Nothing to Declare: A Guide to the Flash Sequence, and One for the Money: The Sentence as a Poetic Form. Her poems and essays have been translated into Greek, Korean, and Turkish. Poet Norman Dubie notes, “Jennifer Kwon Dobbs writes a harrowing poem. ... Think of Wallace Stevens worrying about the traversing of the void, yes, folded and jeweled like time.”

Adopted from South Korea and reunited with her family, she is associate professor of English and program director of Race and Ethnic Studies at St. Olaf College where she teaches creative writing, poetry and poetics, and Asian American literature. She lives in Saint Paul, Minnesota.