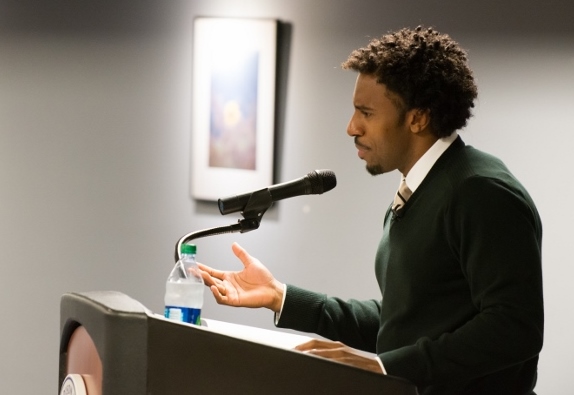 KYLE DARGAN is the author of four collections of poetry,Honest Engine (2015), Logorrhea Dementia (2010), Bouquet of Hungers (2007) and The Listening (2003)--all published by the University of Georgia Press. For his work, he has received the Cave Canem Poetry Prize, the Hurston/Wright Legacy Award, and grants from the D.C. Commission on the Arts and Humanities. Dargan has partnered with the President's Committee on the Arts and Humanities to produce poetry programming at the White House and Library of Congress. He's worked with and supports a number of youth writing organizations, such as 826DC, Writopia Lab and theYoung Writers Workshop. He is currently an Associate Professor of literature and director of creative writing at American University, as well as the founder and editor of POST NO ILLS magazine. Originally from Newark, New Jersey, Dargan is a graduate of Saint Benedict's Prep, The University of Virginia and Indiana University.