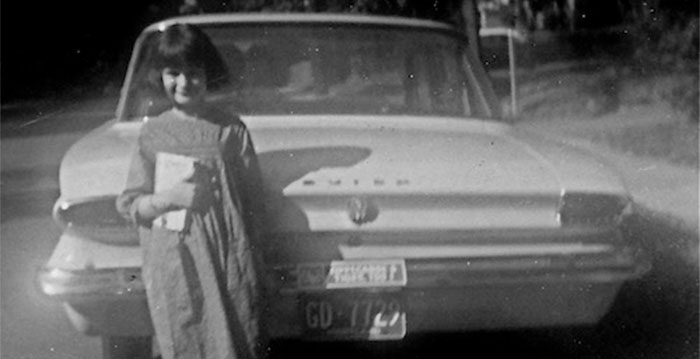 A year ago, I published my first book of poetry at the age of frhmm-mmsmm. My parents, having been already ancient when I was born, or so I once believed, weren’t around to celebrate this accomplishment. A clutch of my maternal relatives, who got wind of the book on social media, procured a copy and proclaimed that they were proud of me but that they were, and I quote, too stupid to understand it. As for my father’s family, few of them are left.

My parents would have been proud, unreservedly proud. Mom would have read it, might well have asked me about parts of it, and probably chided me for my half-a-dozen uses of certain words that I would not have learned at home (except when she was off at the store and Daddy dropped a TV dinner on his foot, but never mind that). Daddy wouldn’t have read it, because Daddy couldn’t read.

I don’t know much about his childhood care, his family not having been particularly forthcoming or long-lived. He was said to have missed a lot of school because of epilepsy, which he ultimately outgrew. Census records say he made it through fifth grade; he always told me it was only third grade. As an adult, he was hobbled by serious mental illnesses; despite them, and despite his limited literacy, he held down a job to support Mom and me and was, if not a commanding paternal presence, the best neighborhood-walking, UNO-playing, porch-rocking companion a child could want.

Mom taught me to read when I was two years old. (It would be another four years before I could tie my shoes and twenty-seven years before I’d manage to get a driver’s license, and I still can’t swim.) I was always celebrated as a smart kid; I remember family gatherings where I sat on my uncle’s knee and read aloud from the front page of the local newspaper—literacy as a parlor trick, since knowing the words and understanding them were two different things.

So Mom lived under not only the societal pressures on a woman to marry and have children (I was born when she was 40, after two marriages and many miscarriages) but the practical pressures of having to do any household tasks that involved written communication. I am now the age she was when I went off to become a college English major, and only now am I realizing how much she, too, loved words and wanted to write.

While my parents instilled in me a strong sense that education was important, it was accompanied by the implicit, self-despairing message: “Don’t be like us.” Fairly conservative, insular people from fairly conservative, insular Anglo-American lineages stretching back centuries in Maryland and Virginia, they helped their cause by raising me in a diverse, progressive public school system, where I thrived academically, albeit not socially. (I’ll cop to being one of those kids who corrected the teacher’s spelling errors.) It’s no surprise that as I learned to think, I found myself thinking differently from them, not only about God and sex and patriotism and spicy food, but in ways I can’t even pinpoint. What they made of me also made a wall between us, not impermeable, but always there.

But what strange privilege I’ve had! The knowledge, from jump, that not all families looked like TV families and that money and intellect don’t always go hand in hand. (I was one of two kids whose parents couldn’t afford to send them with the AP French class to Paris; my mother still bemoaned this in her dying days.) An acceptance of neurodiversity courtesy of meeting Daddy’s chums in the hospital where he went for psychological tuneups. A recognition that intelligence can’t always be measured by tests and that wisdom is an even more slippery thing.

Where would I be without words? When literal explication doesn’t work, I sometimes paint with them—that, to me, is poetry: a way of combining words and sounds that transcends the sense and syntax that are part of my occupational life as a copy editor. I flood my mind with words every day, and it feeds everything I do.

But there are people in this country who are imprisoned by a lack of words. My father was one of them, and although I couldn’t help him change, I thank God that he and my mother changed things for me. Too many American children grow up in families unlike mine, where poverty means there’s no money for books, where prejudice means, if not outright rejection from educational opportunities, a pre-rejection based on lack of hope. Where, if you fight through all of these barriers, whether because of supportive parents like mine or despite your family of origin, you still can be called a snob, a sissy, a weirdo, a witch, an elitist.

I don’t have solutions beyond this unoriginal one: get caught reading. Make it cool to read, or don’t—just do it. Let your word freak flag fly. Talk about books. Share books. Make your children excited about books. If you’re a poet, put out of your head all those tweedy, opium-eating, doomed-narcissist stereotypes and come out of the garret, even if it takes you fifty-odd years. An American society that’s influenced by snapshots and soundbites should see Americans reading everywhere.

Pamela Murray Winters is the author of The Unbeckonable Bird (FutureCycle, 2018) and AWP’s web copy editor.