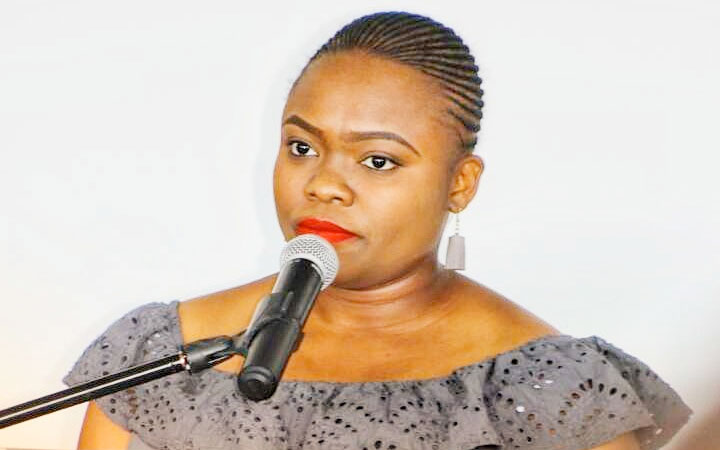 Destiny is a lie to some and a promise of purpose to others. Some with forlorn hope may see it as a scam. But I like to think of Destiny as the unconquerable spear that fights for its own when hardships make us forget who we are. I should know. I have seen her, sometimes bright white with light blue lines. Itching for my hand to hard-press the adversities I endured with ink on her surfaces. There are days when I have questioned the burdens I both inherited and experienced. Moments of so much uncertainty, which ask questions that never end just like the skies. Hurt that bleeds in the eyes of those I work so hard to hide it from.

I have met Destiny every day of my life. Seen her nudge me on bus rides on my way home, in a lecture, during dinnertime, or on lazy days when I have more work to do than the normal procrastinator can take. I have seen better days because I wrote them. Traveled beyond the borders of my country because I wrote my dreams and waited. In that wait I have tussled long and hard over who I truly am. Fought dogmas, systems, and social prisons that cultured me to think writing was a hobby and real jobs were found in medical, legal, science-related, or political spheres.

Don’t get me wrong: the world needs doctors, astronauts, actors, and other professionals. I do not dispute that. In fact, I live that every single day of my life. I get to shape-shift into anything and anyone I want to become. I read about the men and women that have revolutionized the world with their gifts, and so often I fill the void between those who made it and those who can only dream of it. My life is a culmination of human experiences that have carried me through despair, desolation, and resolution. I am the gap filler who writes, performs, and creates films to inspire a generation of radical dreamers who want to be change makers.

This wasn’t always the case. I know what it feels like to start something and never have the opportunity to complete it. Bipolar disorder found me alive and stole pieces of me that took many years for faith, art, love, and light to find again. I had to learn to read again. To be intentional about applying the new “me” that was healed permanently and perfectly from an illness most don’t believe has a cure. I was denied the opportunity to complete my studies, but my resolve to reclaim myself drove me to pitfalls and stumbling blocks that taught me the other side of life I never really knew.

At one point, I worked as a waitress for a catering company and my “command of the English language” got me fired. That’s where I met a man who couldn’t sign a bank form because he didn’t know how to read or write. I froze for that moment. Hid my shock, took him to a corner of the storage room, and began teaching him how to write his name. That was when I knew there was a need to fill the gaps that most people didn’t think existed. I thought about how this man would never get the opportunity to enter into the mind of an astronaut or doctor or lawyer in the same manner that I did through other writers. I realised how literacy might be a way of life for some and only a dream for others.

This year, my literacy dream came true courtesy of the International Writing Program’s Women’s Creative Mentorship Program, which gave me the opportunity to attend the AWP conference in Portland, Oregon. My bags were filled with books, a world of perspectives that I took back with me to Botswana because I believe that one day the brother who could not write his name will be able to read and travel the world through the words of writers from all over the world. We might be incomplete because purpose is always unfolding. We might be broken by the inequalities and circumstances enslaving humanity. We are human after all, but I submit to you that there is no heart too hard to resist the power of literature. I have seen Destiny carry me to a place where I wasn’t suffocated by social expectations. A place where my gift made sense. Where I didn’t have to explain too hard or hide who I am becoming. I am a writer, and it’s not my hobby—it’s my life.

Mmakgosi Anita Tau is finishing a BA in Motion Picture Medium at AFDA, Botswana. She had earlier studied international relations and criminology in Monash, South Africa. She created and directs Mmakgosi Live, a show/campaign devoted to mental health awareness and activism in Botswana. She recently wrote and directed Section 82, a short film about modern-day slavery, for her degree at AFDA. Mmakgosi has also written scripts for the Colours Television Drama Series Property 4U Show and directed four short student films. An activist committed to youth and women’s empowerment who pioneered the mental health awareness movement in Botswana, she was recognized as one of three Change Makers in Botswana for Botswana’s Independence Day Celebrations In 2018. She has given speeches and performed spoken word pieces in more than 16 programs in Botswana, Zambia, and South Africa. She is a contributor to Diamond Unearthed Magazine, advocating and inspiring spirited conversations about women, health, and faith. She has been published in Drum Magazine (South Africa), Kalahari Review, and Badilisha Poetry and in the Botswana Tourism Organisation’s Share Botswana Tourism Fiction Award Anthology in 2018 and 2019.