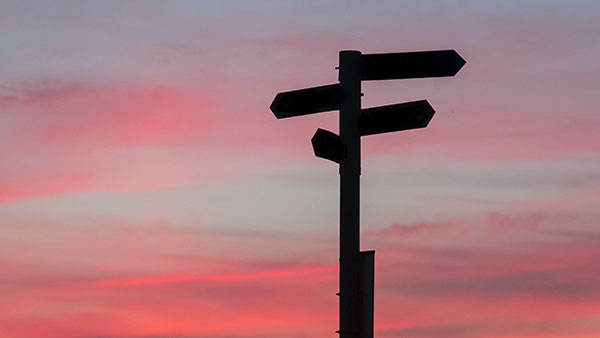 My first published novel was a mystery. The Twenty-Year Death was released by Hard Case Crime, a small mystery publisher. It was covered by mystery reviewers—Marilyn Stasio in the New York Times, Art Taylor in the Washington Post. It was a finalist for mystery prizes—the Los Angeles Times Book Award for Mystery/Thriller, the Shamus Award, the Macavity Award. It was shelved in the mystery section of bookstores. It was formally experimental—a single novel comprised of three self-contained but interrelated mysteries—but it was unequivocally a mystery.

The next novel my agent tried to sell was a book that I had actually written years before The Twenty-Year Death. And Other Permanent Things was a domestic drama. Set all in one day in New York City, it follows the members of the Rosen family as they prepare for the eldest daughter’s engagement party only a few weeks after Mr. and Mrs. Rosen have separated. The title is taken from a quote from Saul Bellow’s The Adventures of Augie March, which gives some idea of the book’s pretensions. This was a Literary novel with a capital L.

And we couldn’t sell it.

It wasn’t because the book wasn’t good. Multiple editors wanted to buy it. But in each instance, he or she couldn’t convince the internal publishing committee that had to sign off before an offer could be made. Getting a book published isn’t a matter of selling the book to one excited editor. It is selling a book to that editor who then needs to go to a meeting to sell that book to the rest of the editorial team, the marketing team, and the sales team. And Other Permanent Things couldn’t get past pub committee because it was a literary novel and I was a Mystery Writer.

This made very little sense to me. How could I be pigeonholed after only one book? None of the publishers could articulate that. They didn’t seem to know why switching genres was a nonstarter. It was just accepted as a fact across the board.

But readers are savvier than that, I thought. I mean, I’m a reader, and I don’t read only one kind of book. People ask me why I switch genres when I write, and I tell them, I became a writer because I fell in love with reading as a kid. From that time until today, I have always read a variety of books—mystery, literary, sci-fi, fantasy, historical, experimental, humorous, and more. If I became a writer because I enjoyed reading all of those different kinds of books, of course I want to write all of those different kinds of books. More importantly when it comes to selling books, I am not unique. Yes, there are some readers who stick to a single genre—mystery or romance, for example—but many readers read across genres. And I know this because I was a full-time bookseller for many years, and I sold people books from a variety of genres. I was certain readers would follow me.

When I complained about this to some other writers at a mystery convention, one of the authors, who had worked for over twenty years as an editor, explained defensively that it was difficult and expensive to launch a new author, and that switching genres was like having to launch a new author all over again. This seemed unconvincing to me. When I had balked at using the word “debut” in marketing The Twenty-Year Death, my editor insisted that “debut” has a lot of cachet. And I have seen authors whose first book was a short story collection marketed as a debut, and whose second book was a novel marketed as a debut novel. So why not double dip that debut currency and launch my debut literary novel?

What I should have done at this point was listened and written another mystery. It wasn’t that I didn’t intend to ever write a mystery again. I love mysteries and knew I would write others. But a mystery wasn’t what I had in hand nor was it what I was writing at the time. I had just published a novel to critical acclaim and strong sales for a first novel from a small press. It felt as though that momentum should carry me to another book deal, but it didn’t. And the main reason was because I was trying to switch genres.

I grew despondent. I had spent a year rewriting And Other Permanent Things at the behest and encouragement of several editors, and then none ended up buying it. It felt like the inroads I had made with my first novel didn’t matter. The publishers, it seemed, were determined to make switching genres impossible.

My agent asked me to send her everything else I had on hand, and one of the things I unearthed was a science fiction novella called Barren Cove, inspired by Wuthering Heights but set in a future mostly peopled by robots. It wasn’t a mystery, but it was strong, and my agent was optimistic about it.

My agent was diligent, and she found a like-minded editor and publisher who were willing to balk the conventional wisdom and publish Barren Cove on its merit, without feeling my previous success hampered a move into science fiction. Afraid to end up in the same situation again—unable to sell a novel despite having just published a successful one—I insisted on a two-book deal, with the understanding that the second novel was going to be a fantasy. This publisher understood that my genre is switching genres. My books were going to be a mystery, then a sci-fi book, then a fantasy.

Then in the lead-up to Barren Cove’s publication date, something didn’t seem right. Outside of the few trade journals, no one was reviewing Barren Cove. None of the publications that had reviewed The Twenty-Year Death, or interviewed me, or done features on me. No one. And after the publication, there were still no reviews. I reached out to Art Taylor, who had given such a wonderful review of The Twenty-Year Death, and he told me he hadn’t even known that my new book was out.

And that was when I understood. It was not a question of whether readers would read across genres, or booksellers could sell across genres. It was that the publishing press’s apparatus is not designed to move across genres. Many mystery reviewers only review mysteries. Mystery websites and publications only write about mysteries. People who loved The Twenty-Year Death and could have continued to champion my work just didn’t know about Barren Cove or weren’t in a position to write about it, because it was in a different genre. When that former editor talked about the difficulty in launching a new author, the biggest challenge, I now know, is in building goodwill in the book world. I had that goodwill from The Twenty-Year Death, but I wasn’t tapping into it, and that was the mistake I made in changing genres.

Now there was no reason Barren Cove couldn’t have made the same splash in sci-fi circles that The Twenty-Year Death had in mystery circles. Switching genres by itself was not enough to account for Barren Cove’s disappointing reception. But for whatever reason, it didn’t. Many factors go into a book selling well, and sometimes they don’t come together. But one thing that was certain in my case, by changing genres, I chose to throw away my biggest asset: the press’s goodwill.

A writer, early in their career, needs every advantage. I had a big one, and unlike the other forces in play that cannot be controlled, choosing to write within the genre that had welcomed me was in my power. The publishers make switching genres difficult. But as someone who broke through that wall and actually did switch genres, I now know that of the various factors that led to Barren Cove’s disappointing reception, losing my momentum with the press was significant. Switching genres can be done, and sometimes very successfully, but until a writer no longer needs all of his assets, he shouldn’t take the ones he has for granted.

Ariel S. Winter is the author of The Twenty-Year Death, which was a finalist for the Los Angeles Times Book Award, the Shamus Award, and the Macavity Award. He is also the author of the novel Barren Cove and the children's picture book One of a Kind, illustrated by David Hitch.

This is a true shame, because Barren Cove is one of my favorite books! But this is a very helpful article--thank you for this, Ariel!