Ten Things NaNoWriMo Taught Me About the Writing Life 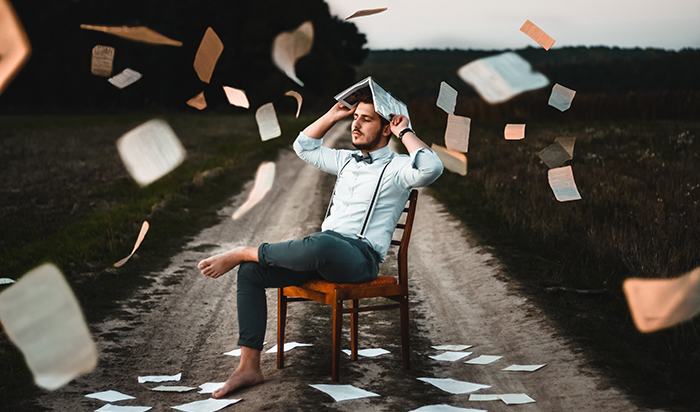 There is a spectrum of feelings writers hold about the annual event of National Novel Writing Month. Some live by it, annually participating, while others are strongly opposed to it, and others still are indifferent. Entering November and drafting this year’s NaNoWriMo project, I found myself processing why I return to this event year after year. And the short answer is: because I need to be reminded of the basics of how to be a writer.

Despite having gone through an MFA program, I still get disillusioned with the myths about being a writer. With each new project, I forget “how” to write, as each book has its own problems. I get frustrated and disappointed when I don’t feel constantly inspired. I’ve found that for me, NaNoWriMo is a specific type of exercise that returns me to the realities of being a writer. Here are a few of the lessons that NaNoWriMo continues to teach and reteach me:

1. Come faithfully to the page

NaNoWriMo is not about writing a masterpiece in thirty days. It’s about hitting a concrete goal of 50,000 words within a specific time limit. There is a range of strategies to accomplish this, but arguably the most successful one is to come faithfully to the page each day and write, on average, 1,600 words. Of course there are days where this isn’t possible, but it reinforces the structure of prioritizing writing on a daily basis, and carving out dedicated time for writing. I find that during NaNoWriMo I have the most consistent writing schedule throughout the year, and that, over time, it has helped me cultivate that structure for myself during off-season drafting as well.

2. Trust in the process—words will come

I am not an outliner, so this means I usually come to each day of NaNoWriMo with dread and excitement, not knowing what will happen next. The reality of writing is that we can’t wait for inspiration to come—we have to write the inspiration for ourselves. We can’t rely on writing only when we feel “full” with an idea. My husband can attest to my constant complaints about feeling “uninspired” and “not knowing what to write.” But November continues forward, whether I feel inspired or not, which reminds me to come to the page to see what happens. If we persist, the physical act of writing does bear fruit.

When I graduated from my MFA program in poetry and tried to return back to fiction, the task felt daunting. I had just spent three years writing poems no longer than a page—how was I supposed to go back to the daunting 50,000+ words of a novel? After I graduated, I tried NaNoWriMo again, a challenge I had stopped ever since I got married and life felt too chaotic for such a stringent goal. That said, the concrete goal of writing 1,600 words a day helped me to re-enter fiction a little less daunted. I returned to an old, long-abandoned project and gave it a new spin. Now, countless drafts later, that project is represented by a literary agent and out on submission.

4. Give room in the process for creative generation and interpretation

I never enter any new project with an outline. I only create an outline several drafts in, once I feel like I have a sense of what the story is doing and how I can mold that into a shape closer resembling the final product. When I have tried outlining in the past, I’ve either gotten bored (as if someone spoiled the ending to a movie for me) or repeatedly changed the direction of my book so many times that the outline couldn’t keep up. For me, the combination of the fast-paced goals of NaNoWriMo with the lack of direction is both terrifying and incredibly helpful for my creativity. It demands that I don’t procrastinate, trying to determine the “perfect” idea, but to allow my mind to play and generate a range of possibilities. During NaNoWriMo, I feel particularly encouraged to write down anything and everything. Sometimes, the bizarre garden paths I take become vital plot turns for my drafts. Limitations breed creativity, and I find that the time and word constraints of NaNoWriMo provide a landscape where anything is possible.

While I don’t always hit my word count goals for NaNoWriMo, the season puts me in a state of high awareness to be thinking about my projects around the clock, and to consider how anything and everything can be used as fuel. I’ve found that when I’m unable to write, consuming a different type of storytelling medium can help me think about craft from a new angle and help push past “writer’s block” or just pure tiredness from a busy week. I particularly find that the mechanical act of playing video games makes me think about storytelling in a new way. During downtime, I often play or watch playthroughs of walking simulators (examples include Dear Esther, Everyone’s Gone to the Rapture, What Remains of Edith Finch), asking myself questions like: If I were to build a virtual model of my project’s landscape, what would it look like? What would it feel like to traverse that space? What sort of objects might my character encounter, and what could those objects tell the character or reader about the world? Video games can convey worldbuilding and narrative information in a visceral way, avoiding exposition, which challenges me to think about how I can translate those properties into my own work on the page.

6. Community and accountability are critical

While writing is largely a solitary act, there’s something to be said for the energy created when a collective writes together in the same space, all working toward the same goal. With NaNoWriMo’s strict timeline, it makes the month of November a popular time for write-ins. I had never done write-ins before NaNoWriMo, but now find myself continuing the practice off-season, usually with one or two other close writer friends in a nearby cafe. I’ve come to appreciate the accountability these write-ins create. Even if I don’t explicitly share a goal with my write-in peers, their presence motivates me to stay on task. When I have a difficult passage or logistical knot in my story, talking it out and getting ideas from my write-in peers can also be extremely valuable.

An easy habit to fall into when writing is to edit and perfect as you go along. NaNoWriMo reminds me that I have to keep pressing forward in those early drafts, even through logical errors and scenes at which I’m already cringing. I’ve found that as I write, I’ll mark any concerns I have in comment bubbles, but then continue forward. I often find that if I can push myself through these difficult, cringe-worthy scenes, I come to a surprising revelation or interesting idea I wouldn’t have discovered otherwise.

Finding the time to write in the everyday is difficult on its own, let alone with a pressing deadline looming overhead. NaNoWriMo reminds me to write without ceasing: to scribble ideas on napkins at restaurants, to carry a pocket notebook with me at all times, or to jot something down on my phone while waiting for the metro or in line at the grocery store. Last year, much of my NaNoWriMo project was written on my phone—and the lack of luxury to drag sections, or view the work as a whole, helped me greatly with pressing forward. We took a road trip to Syracuse, so I wrote on my phone in the car. I wrote while tabling at a convention in Syracuse. I wrote as we went to the local mall for food. I wrote on the way back. This way, the story was able to inhabit me in my daily everyday life, and I found that all the brief notes throughout the day quickly added up in the word count and kept me on track.

9. Brief periods of fast-paced writing generation can be very helpful

It’s much easier to edit an existing piece than it is to create out of nothing. Words are like clay. A horrible draft is much better than an empty page. NaNoWriMo allows for a writer to expedite the empty page stage of a draft, giving them plenty of “clay” to work with in the future. Once I finish NaNoWriMo and return to the draft months later, most of it is garbage, but there are a few pieces of gold to be gleaned. The gold pieces are nice, but I also find great value in the garbage. The critical value in the garbage is that I am able to identify why I think it’s garbage. I can usually begin to articulate what I don’t want, which helps direct me for what I may perhaps want in the next draft. I have clay to work with: portions I can refit, scenes I can retry from a new angle, and perhaps a few ideas of directions to try this time around.

10. There are seasons in the writing life

I want to emphasize the brevity of NaNoWriMo. The intense energy put into NaNoWriMo is not necessarily sustainable year-round. I find that I work in spurts of creation (like NaNoWriMo), but these are interspersed with seasons of rest, writing in short form, and intense editing seasons. While it’s easier to quantify progress during NaNoWriMo, this doesn’t mean that the other seasons are not just as valuable and vital to the writing process. Particularly after NaNoWriMo, I am constantly humbled and reminded of my own limits. I may have a few months where all I can do is read and binge television shows, movies, and video games. However, this time isn’t wasted, as these influences percolate and inform my writing the next time I return to the page.

There are lots of feelings about NaNoWriMo: some find it helpful, while others find it harmful. Ultimately, it’s critical to acknowledge that NaNoWriMo is a tool. It is helpful for some jobs, and not for others. If it helps you accomplish your writing goals, great. If not, then don’t use it. But if you decide to use it, remember to make it work for you.