One Book to Rule Them All:
Jamaica Kincaid’s See Now Then 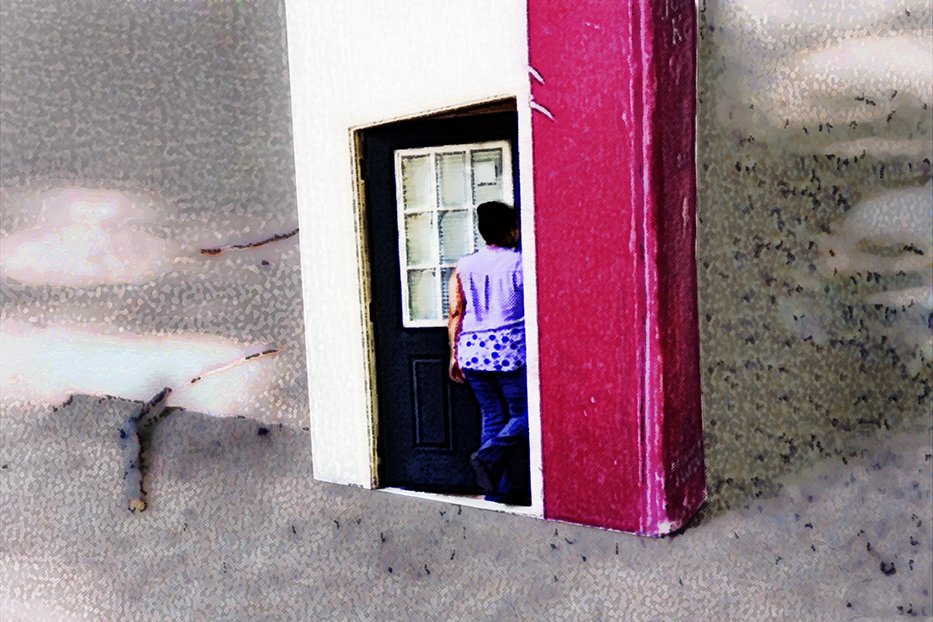 In the Spring of 2013, in preparation for a Master/Class conversation I would be doing with Jamaica Kincaid for the PEN World Voices Festival in April of that year, I spent a week reading all the books she had ever written, beginning with At the Bottom of the River (Farrar, Straus & Giroux, 1983), on through her nonfiction including the death of her brother (My Brother, 1997) and her sojourn into the Himalayas in search of flowers (Among Flowers, 2005), all the way to her latest novel, See Now Then (Farrar, Straus & Giroux, 2013). It was quite something to walk beside her writerly mind this way over the course of three decades. I could see the evolution of her technique and the echoes of themes touched on in the earliest books, as well as the unfolding of a life glimpsed in small flashes as the myriad useful and malleable details of a life were strewn among the fictions.

I found something fresh and educational in every single one of them, whether it was the precise explanation of colonialism and argument against the neo-colonialism of the tourist industry (A Small Place, 1988), the exploitation of national resources and the re-naming (and thereby claiming ownership), of native plants (My Garden Book, 2001), or the complex depths of the mother-daughter relationship which permeates almost all of her work, but most importantly the novels Annie John (1985), and The Autobiography of My Mother (1995). But the one I loved the best was See Now Then.

If we go by the analysis offered up by the Grand Old Lady of Literature, we could conclude, as Dwight Garner did for the New York Times Book Review, that this latest book was an act of revenge against a husband who left the author for a younger, more easily digested, and therefore infinitely more palatable, version of womanhood. True, the novel echoes the dissolution of Kincaid’s marriage to the composer, Allen Shawn, who happens to be the son of the man she admits to having admired the most throughout her life, the one for whom she wrote everything she did, the long-time editor of the New Yorker, the late William Shawn. And, true, the Mrs. Sweet of the book, the one who tends so diligently to the needs of her children and husband, is an author, someone whose work about “her goddamn mother,” and her “stupid little island,” are direct references to Elaine Richardson’s (Jamaica Kincaid’s), own mother, and the Antigua of Elaine’s birth, the taproot of her imagination.

Authors are notoriously relentless for culling the gems from the minutiae of their lives. There is a reason why the t-shirt embroidered with these words, careful, or you’ll end up in my novel, generates such awkward laughter. We all do it. Yet See Now Then is not simply a recounting of the entanglement, disappointment, betrayal, and quiescence that are the four corners of the institution of marriage, though it does that with great facility. I read it as a brilliant unpicking of the intricate tapestry of time, the time that it takes to get from one place to another, from being single and full of promise to being discarded and ridiculed, and all the dances in-between: the sultry samba of innocence, the salsa tempo of dreams, the slow tango of motherhood, the quickstep of parenthood, and the graceful sway of bowing off a stage from which one has been effectively, if impolitely, excused. It is about marriage, and it is about everything else.

Most books that revolve around the end of a relationship concentrate on the present. There is the customary, “how could she?” or “why did he?” but these are not questions that the author hopes to answer, nor do they usually result in enhancing the mind of the questioner. Not in Kincaid’s novel. “See now then,” her novel begins, and places Mrs. Sweet at a window overlooking the garden, from which vantage she can see and un-see what she had previously believed she had seen (i.e. known), at the time (i.e. then), about her life. “Now and then,” she begins again, in an early segue back and forth in time: “Now and then, Mrs. Sweet said to herself, though this was done only in her mind’s eye, as she stood at the window, unmindful of the rage and hatred and utter disdain that her beloved Mr. Sweet nurtured in his small breast for her now and then, seeing it as it presented itself, a series of tableaus.”

If there is bitterness, it is cloaked in the dark and intelligent humor of a writer who understands that life, as Molière put it, really is a comedy for those who think. And Jamaica Kincaid is a thinker. Consider this: Mrs. Sweet enlists the tried and true method to earn vast sums of money - cash crops and the exploitation of menial labor - in order to make a hundred lyres and procure one hundred musicians with the skill to play those lyres, and even construct a music hall in which to place these people, just so Mr. Sweet could indulge in the performance of his fantasies, but each time Mr. Sweet shies away from the event. There is, obviously, no such event, but it is a hilarious stand-in for the extent to which we all go, whether married or not, in our personal and public lives, to enable the happiness of people - to “make the impossible demand, possible”- whose happiness truly depends solely upon being able to reverse time so that their paths and ours never cross.

Kincaid has been hailed as the queen of the endless sentence, worlds of meaning and multiple story threads coming together seamlessly, or only with the aid of a carefully placed comma. In See Now Then, the skill displayed in her short story, “Girl,” (her first short-fiction to appear in the New Yorker, in 1978), which consists of 650 words without periods, and one punctuation, a question mark, comes into its own. Long paragraphs running into pages at times, give us both history and context, a life lived, and a life coming undone, choices made and regrets felt. These pages are filled with convoluted sentences and thoughts that echo the colossal mess of our minds, the way we as writers and human beings, speak to ourselves, narrating our own lives, and imagining the narration of others around us, spinning one yarn after another until it is quite impossible to distinguish where the story begins or ends. More than that, the experiences of a lifetime - leaving home, the loving estrangement between mothers and daughters, life in these United States, the damning lies that are told to each other routinely by Americans more invested in politeness than honesty, the business of receiving the “pity and scorn” of people who don’t look like we do, the desire to be more than we were born to be, the pursuit of art in a world often hostile to the arts, all things that are examined in one or more of her previous books - are brought together and held up to the light of retrospection in See Now Then.

I have read this book numerous times now, and would willingly sit down and read it again in a heartbeat. Few writers display courage and wit in their writing as persistently as Jamaica Kincaid has done. Fewer still can be openly self-critical, and just as out-spoken about the injustices of our time (both within family, for women, and outside, for nations), as she can. Rarely are women writers willing to dismantle the institution of motherhood and marriage, and the way each can cripple the mind and life of a woman of talent and intelligence – indeed, I can only imagine the rave review this same book would have garnered were it written by a man – and I have deep admiration for the way Kincaid has made this meditation about something more than the facts themselves.

I have many favorite books and writers, those who demonstrate the inherent worth of good characters no matter when they are introduced into the narrative (Rohinton Mistry), those who wed social commentary with gripping, forward-moving prose (Chang-rae Lee, Ursula Hegi, Jesmyn Ward), and those who can touch on all of these things while spinning a wonderful tale (José Saramago, Francesca Marciano, Abraham Verghese).

But what Jamaica Kincaid does in See Now Then, is to hold a mirror up to all our illusions - about writing, and about life - and she does so with inimitable craft and language. Whenever I read it, I enter and leave the world of her novel as myself, gathering clarity of sight as well as the gift so vital to mitigating that harsh insight: humor.