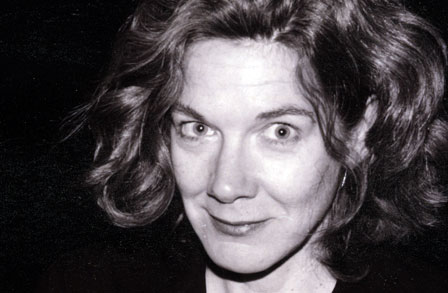 On October 28, celebrated American poet Mary Ruefle was appointed by Vermont Governor Phil Scott to the position of Vermont Poet Laureate at a ceremony at the Vermont Arts Council. “I am honored to be appointed to this office,” Ruefle said, according to My Champlain Valley.  “I am honored to join the ranks of those who served before me. I am humble and scared, but I am used to that.”

The Poet Laureate is appointed every four years. As part of the position, Ruefle may be asked to participate in official ceremonies at the Vermont State House.

A resident of Vermont since the 1970s, Ruefle has become the state’s ninth Poet Laureate. She joins a long line of acclaimed poets, including Robert Frost, who was appointed to be the state’s first in 1961.

Mary Ruefle is the author of many collections of poetry and prose, including Indeed I Was Pleased with the World, the Adamant, which won the Iowa Poetry Prize, and most recently Dunce, which was longlisted for the National Book Award. Ruefle is also the recipient of fellowships from the National Endowment for the Arts and the Guggenheim Foundation. She is the winner of a Whiting Award and an Award in Literature from the Academy of American Poets.

Previous Story:
Moveable Type: Waxwing
October 31, 2019
Next Story:
A Farewell from the Chair of the Association of Writers & Writing Programs (AWP) Board of Directors
November 14, 2019
No Comments ▼