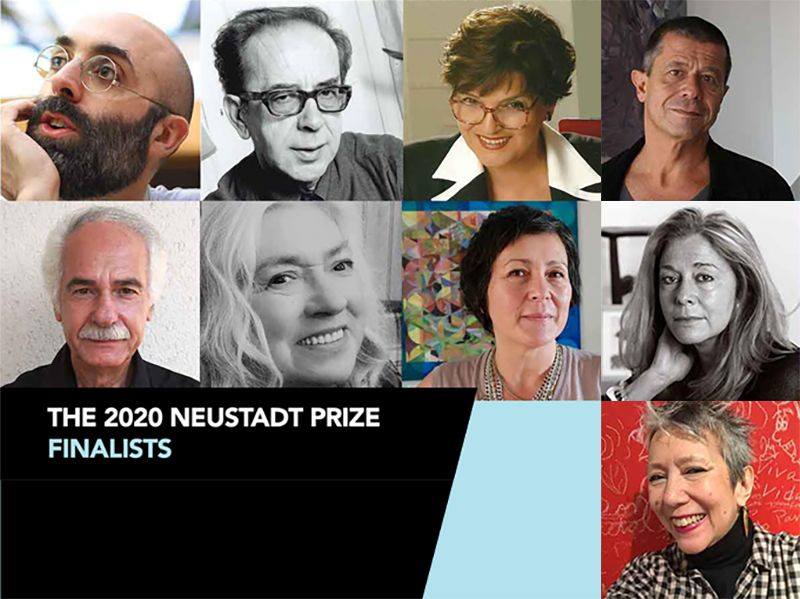 World Literature Today, the University of Oklahoma’s magazine for international literature and culture, recently announced the nominees for its biennial Neustadt International Prize, which recognizes “significant contributions to world literature” made by a writer of poetry, fiction, drama, and screenwriting.

The finalists for the Neustadt International Prize, which carries a cash award of $50,000, are as follows:

“It is exciting to have such an esteemed group of writers vying for the Neustadt Prize,” said Robert Con Davis-Undiano, executive director of World Literature Today. “Literature is a powerful voice that teaches us about the world beyond ourselves. This truly international slate of finalists demonstrates once again that excellent literature knows no borders.”

The winner will be announced on Wednesday, October 16, during the Neustadt Lit Fest. Margarita Engle, laureate of the 2019 NSK Neustadt Prize for Children’s Literature, will also be honored.

The previous awardee of the Neustadt International Prize was Edwidge Danticat, while, over the past few decades, Adam Zagajewski, Kamau Brathwaite, Octavio Paz, and Elizabeth Bishop also received the award.