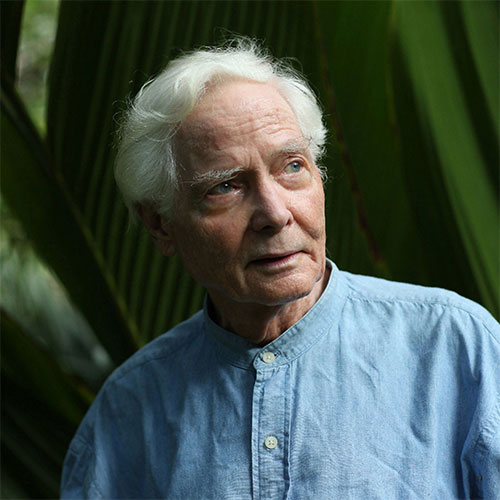 The celebrated poet W. S. Merwin died on Friday, March 15, in his sleep at his home near Haiku-Pauwela, Hawaii, the site of a former pineapple plantation where he spent his days writing and restoring depleted flora. Over the course of sixty prolific years, Merwin wrote nearly three dozen poetry collections and translated the works of Dante, Neruda, and Mandelstam.

Known for their themes of ecology, spirituality, history, and memory, Merwin’s poems developed an urgent and intimate aesthetic, a spoken quality characterized by omitted punctuation and often enjambed lineation. In collections such as The Lice, The Carrier of Ladders, for which he received his first Pulitzer Prize, The Rain in the Trees, The Vixen, and The Shadow of Sirius, for which he received his second, Merwin’s poems engaged these themes elegiacally, reverentially, and with praise.

His home near Haiku-Pauwela, on the island of Maui, will be set aside as a part of the Merwin Conservancy, which he established with his wife Paula in 2010.