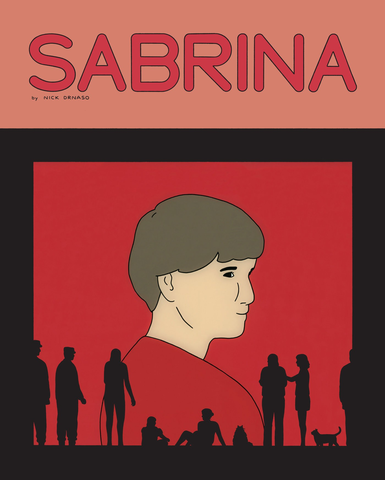 For the first time in the history of the Man Booker prize, the UK’s most prestigious award for novelists, a graphic novel has been named to the list of 13 finalists. Nick Drnaso’s Sabrina (Granta Books), which details the fallout of 24-hour news after the vanishing of a girl, was selected by a panel of esteemed judges to the longlist of the £50,000 prize last Monday, sending a jolt through various circles of literary criticism.

Also referred to as a comic book, graphic novels have garnered past accolades in contemporary literary awards, most notably winning a National Book Award in the US. Still, no graphic novel has ever been nominated for the main fiction category for a major award in either the US or the UK. According to a story from The New York Times, if Drnaso were to win the Man Booker, “it would be the biggest moment for the graphic format since Art Spiegelman’s Maus won a special Pulitzer Prize in 1992.”

“We all read it and were blown away by it,” said Man Booker judge Val McDermid. “The graphic novel has increasingly become front and center in terms of storytelling [and] we felt [Sabrina] does just what good fiction should do.”

The shortlist for the Man Booker will be announced on September 20, and the winner on October 16.