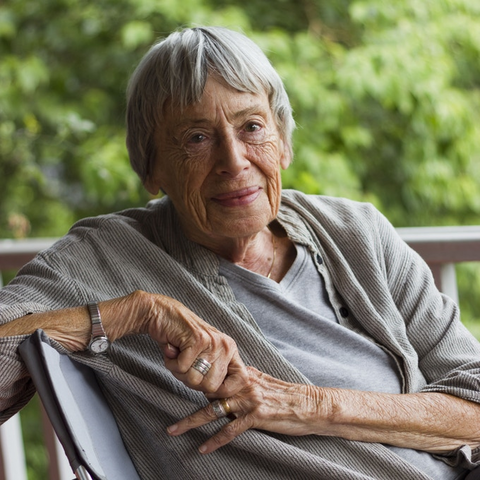 Copper Canyon Press is currently raising money to fund the publication of Ursula K. Le Guin’s So Far So Good, her last collection of poems before she passed away on January 22, 2018.

In addition to being the author of more than twenty novels, she has written twelve collections of poetry, more than 100 short stories, several collections of essays, thirteen books for children, and five volumes of translation. Her books have been translated into more than forty languages and have sold millions of copies worldwide. "She's a guide for how to process the world in different ways, how to process the environment, your day to day life, how you process the end of your life," said Silky Shah, a longtime Le Guin reader and Executive Director of the Detention Watch Network, according to Bustle.

“When Le Guin brought the manuscript for her final collection, So Far So Good, to Copper Canyon Press, she did so with faith in us as a nonprofit, independent publisher to do justice to her poetry,” begins the Kickstarter campaign’s opening paragraph. “We were deeply saddened when Le Guin passed away… just days after she sent her last edits to what would be her final poetry book.”

The campaign hopes to raise at least $25,000 for the publication and distribution expenses of the book. “As a nonprofit publisher of poetry, only half of our overall operational expenses are covered by book sales, so each pledge helps us to sustain our community-powered model of getting poetry into the hands of those who’ll benefit from its power,” states Copper Canyon.