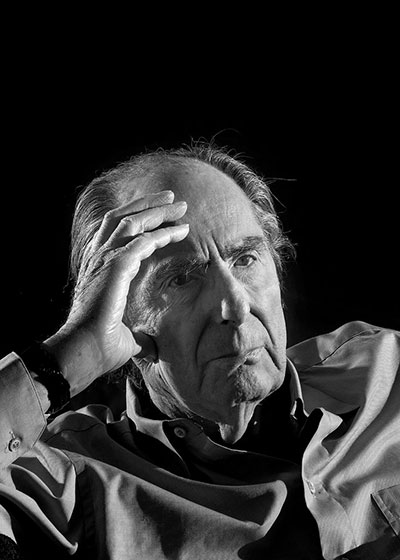 Acclaimed author and icon Philip Roth passed away in a Manhattan Hospital due to congestive heart failure on May 22. He was eighty-five.

A winner of two National Book Awards, two National Book Critics Circle Awards, three PEN/Faulkner Awards, a Man Booker Prize, and a Pulitzer Prize, Roth led a long and heralded career that rivaled that of American figures John Updike and Saul Bellow, according to his obituary in the New York Times.

The author of American Pastoral, I Married a Communist, and many other revered works, Roth began his career negotiating success and controversy, writes The Guardian, and drew heavily on Jewish identity and experience in the 20th century. His first collection of short stories, Goodbye, Columbus, garnered critical praise from reviewers, and still was denounced by influential rabbis at the time.

Some writers “pretend to be more lovable than they are and some pretend to be less,” he once said. “Beside the point. Literature isn’t a moral beauty contest. Its power arises from the authority and audacity with which the impersonation is pulled off; the belief it inspires is what counts.”

When faced with severe health issues earlier this year, Roth wrote to the Times, “I’m very pleased that I’m still alive. Moreover, when this happens, as it has, week after week and month after month since I began drawing Social Security, it produces the illusion that this thing is just never going to end, though of course I know that it can stop on a dime. It’s something like playing a game, day in and day out, a high-stakes game that for now, even against the odds, I just keep winning,” he said. “We will see how long my luck holds out.”

Previous Story:
University of Montana: “Canary in the Coalmine” for Creative Writing Program Funding
May 14, 2018
Next Story:
Golden Man Booker Prize Shortlist Announced
May 30, 2018
No Comments ▼