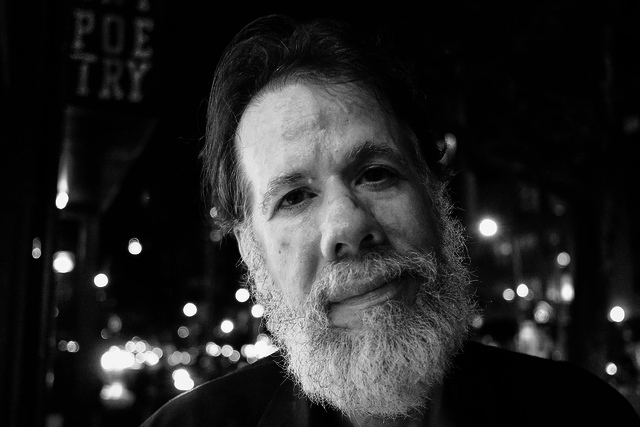 On Tuesday, May 1, the Poetry Foundation announced that Martín Espada has been awarded the 2018 Ruth Lilly Poetry Prize, which is presented annually in recognition of the lifetime achievements of a living US poet. The Ruth Lilly Poetry Prize is one of the nation’s largest, awarding $100,000 to each year’s winner. Espada, the author of many collections of poetry, essays, and translations, is the first Latinx poet to win the prize since its inauguration in 1986.

The announcement from the Poetry Foundation also recognized the legal and activist work of Espada, who earned his JD from Northeastern University. The report states Espada “has dedicated himself to the pursuit of social justice, fighting for the rights of Latino/a communities and reclaiming the historical record from oblivion.” In addition to his published work, Espada has served as a supervisor for Su Clínica Legal, a legal services program for low-income, Spanish-speaking tenants in Chelsea, Massachusetts, outside Boston.

“To receive a lifetime achievement award in the form of the Ruth Lilly Prize is a great honor that causes me to reflect: on my father, as artist and activist, who died four years ago; on Jack Agüeros, the first poet I ever met; on the days I sat outside the courtroom, scribbling poems on legal pads; on the people in the poems I write, Whitman’s ‘numberless unknown heroes equal to the greatest heroes known,” said Espada.

“Martín Espada’s work and life tell the real and lived story of America, in which the importance of poems and legal rights go hand in hand,” said Don Share, editor of Poetry magazine. “A tenants’ rights attorney before he became a celebrated and cherished poet, Espada’s passions are as compelling and apt as his precisions—both now more timely than ever.”

Espada’s more recent books of poetry include A Mayan Astronomer in Hell’s Kitchen (2000), Alabanza: New and Selected Poems, 1982–2002 (2003), The Republic of Poetry (2006), The Trouble Ball (2011), The Meaning of the Shovel (2014), and Vivas to Those Who Have Failed (2016). His collection Alabanza won the Paterson Award for Sustained Literary Achievement and was also named an American Library Association Notable Book of the Year.