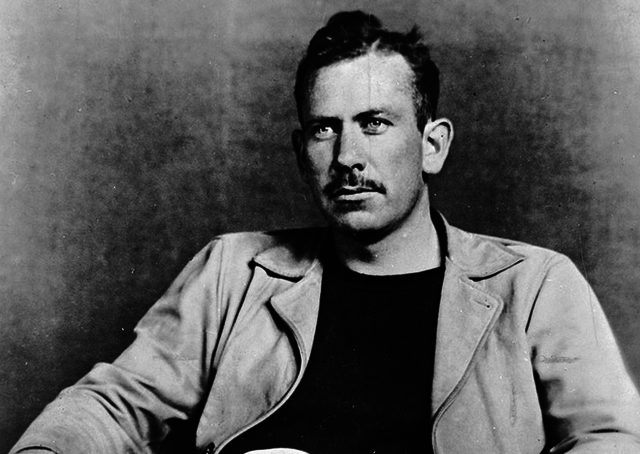 On Monday, April 30, the Cox Center for Steinbeck Studies announced in a press release the six writers selected for this year’s Steinbeck Fellowships. The Steinbeck Fellowship program offers emerging writers of any age and background a $15,000 fellowship to finish a significant writing project. Named in honor of author John Steinbeck, the program is guided by his lifetime of work in literature, media, and environmental activism. The Steinbeck Fellows program was endowed through the generosity of San Jose State University Professor Martha Heasley Cox.

Laura Goode is the author of the novel Sister Mischief (Candlewick Press, 2011), and the collection of poems Become a Name (Fathom Books, 2016). She co-wrote and produced the feature film Farah Goes Bang, which premiered at the 2013 Tribeca Film Festival and won the inaugural Nora Ephron Prize from Tribeca and Vogue. Her essays have appeared in Refinery29, BuzzFeed, ELLE, Glamour, New York Magazine, New Republic, Longreads, Catapult, and elsewhere. She received her BA and MFA from Columbia University and lives in San Francisco.

Meng Jin's fiction has appeared or is forthcoming in Ploughshares, Masters Review, The Baltimore Review, Arkansas International, The Bare Life Review, and elsewhere. A Kundiman fellow, she has received support from the Hunter College MFA, Hedgebrook, VSC, M on the Bund, the David TK Wong Fellowship, and the Elizabeth George Foundation. She was born in Shanghai and currently lives in San Francisco, where she is finishing her first novel.

Kirin Khan is a writer living in Oakland, California who calls Albuquerque, New Mexico her hometown, and Peshawar, Pakistan her homeland. Khan is a 2016 VONA/Voices and 2017 Las Dos Brujas alum, and a recipient of a 2017 PEN Emerging Voices fellow, a 2017 SF Writers Grotto fellow, and is a 2018 AWP Writer to Writer Mentee. Her work has appeared in The Margins, Your Impossible Voice, 7x7 LA, and sPARKLE & bLINK. Khan is working on her first novel.

Jill Logan has an MFA in fiction from the Iowa Writers’ Workshop, where she was a teaching fellow. Her fiction and essays have appeared in Zyzzyva, Michigan Quarterly Review, Crazyhorse, Alaska Quarterly Review, and elsewhere and have won a Writers at Work Fellowship and the Katherine Anne Porter Award for Fiction. She’s a Lecturer at San José State University and currently at work on her novel The Fracking.

Christine Vines recently received her MFA in fiction from Cornell University, where she currently teaches English and creative writing. Her work has appeared in Joyland, Electric Literature, and The Writer's Chronicle, and was selected as a fiction finalist for the 2017 Jeffrey E. Smith Editor's Prize by The Missouri Review. For four years, she ran the Fiction Addiction Reading Series in NYC.

The Cox Center for Steinbeck Studies is the only university research archive in the world dedicated solely to John Steinbeck's life and work. The Center promotes Steinbeck's goals of empathy and understanding by supporting education, inquiry, and the literary arts.