The Handmaid’s Tale, the Television Series, is Coming Soon 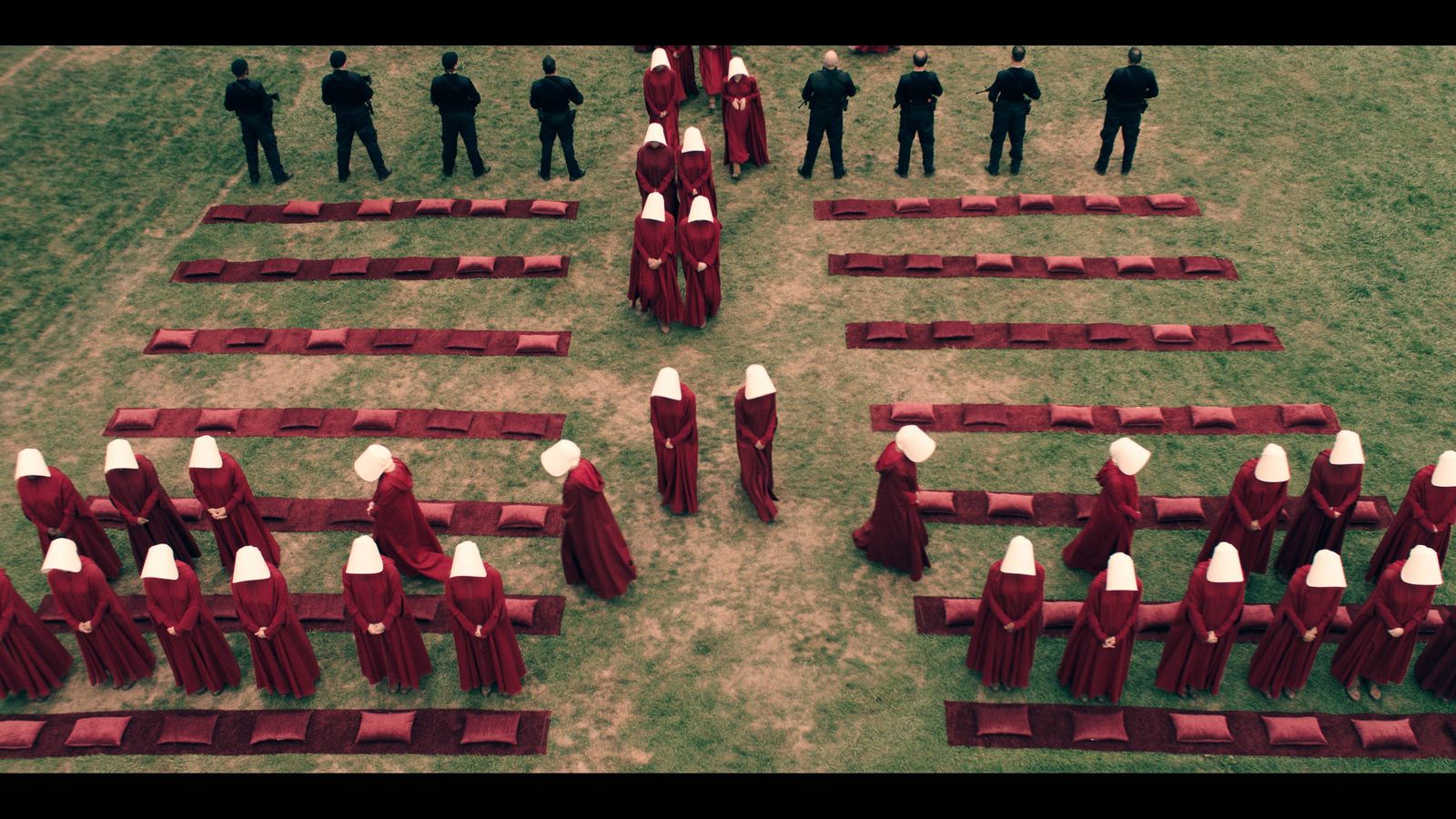 Margaret Atwood’s 1985 dystopian novel, The Handmaid’s Tale, is getting the television series treatment, and will star Elisabeth Moss as Offred. It will arrive on screens in less than two weeks, on April 26, on Hulu—but it’s already getting rave reviews.

Case in point: Jen Chaney writes for Vulture, “In an April stacked with wall-to-wall, top-notch prestige television, it can be challenging to figure out which new or returning series to push to the top of one’s priority list. So here’s a piece of advice: slide The Handmaid’s Tale, the new Hulu original based on Margaret Atwood’s revered 1985 novel, into one of the top must-see slots.”

Likewise, Todd VanDerWerff, writing for Vox, describes the new adaptation as “extraordinary” and “timely.” “At this moment in history, fears about authoritarian religious conservative leadership in the US are ever-present for many.”

Emily Temple, writing for Literary Hub, describes the show as “the most effective on-screen horror I have seen in recent memory” as “not just an adaptation of Atwood’s novel...but...also an adaptation of another text, one that is closer to my heart: the life I am living right this second.”

In other publicity surrounding The Handmaid’s Tale, Audible released a new special-edition audio version of the book narrated by actor Claire Danes, which adds “A new ending, teasing a future for the characters beyond their original limit,” the Guardian reports. The additional passage extends the audio book by fourteen minutes, and also includes Atwood’s own voice as a student character speaking to Professor James Darcy Pieixoto, director of the 20th- and 21st-Century Archives at Cambridge University, who, at the end of the book, has just presented a paper titled “Problems of Authentication in Reference to the Handmaid’s Tale.”

Does “teasing a future” translate into a potential sequel to The Handmaid’s Tale? Writer Amber Dowling at The Loop asked Atwood whether this was so, to which Atwood replied, rather cryptically: “I am in consultation with the Professor, but he is being very cagey about this. He evidently doesn’t want to make any promises before he has finished authenticating his new discoveries.”