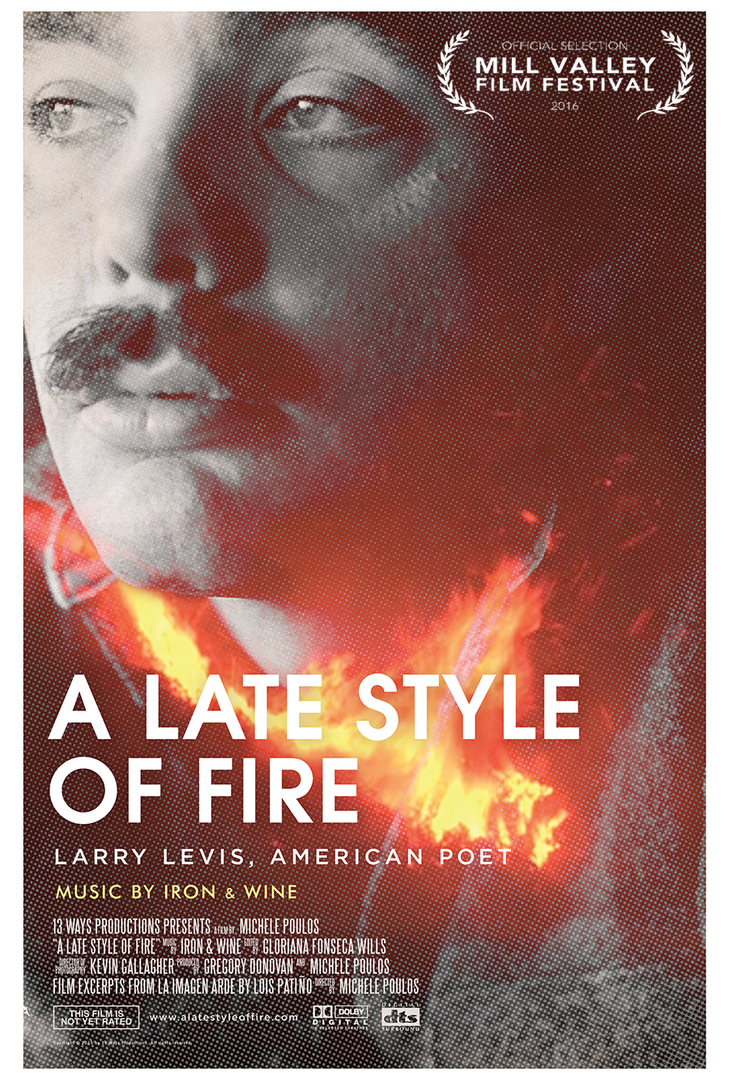 The documentary A Late Style of Fire: Larry Levis, American Poet will have its world premiere at the 39th Mill Valley Film Festival on October 15 in Mill Valley, California.

The movie is about the writing and life of Larry Levis, who died tragically early at age 49. The filmmakers ask the question “Is self-destruction required for a serious life of art?” The film features poets such as former US Poets Laureate Philip Levine and Charles Wright, Carolyn Forché, David St. John, Carol Muske-Dukes, Norman Dubie, Colleen McElroy, Gerald Stern, Stanley Plumly, Kathleen Graber, and more.

AWP asked the director and producer Michele Poulos about the film’s genesis:

The idea for the film came to me in a dream I had in 2009. I was already a fan of the poetry of Larry Levis when I moved to Richmond, Virginia in 2005 to study in the MFA program at Virginia Commonwealth University. Levis had been a faculty member there until his untimely death in 1996. You couldn’t walk down the street without bumping into someone who had known Levis—or even seeing graffiti about him—and the stories people told were fascinating, as savory and tangled as his poems. Hearing about the man behind the poems, I began to wonder why there was no comprehensive biography about this artist of such tremendous talent and reach. It was at that point I had the dream—a disembodied male voice telling me I was to create a film that would have the excitement and artistic quality of the work of the man himself.

The film also features a soundtrack by Sam Beam, who performs under the moniker Iron & Wine. Poulos told AWP about his connection to the project:

A few years ago I was pursuing my second master’s degree in creative writing—this one in poetry—at Arizona State University. I was in a workshop with Norman Dubie, and Norman came into class one day and offhandedly mentioned, “This guy, Sam Beam from the band Iron & Wine, called me last night and said he was a fan of my work and asked if he could use some of my lyrics for music he was working on, and [I] told him, ‘Go right ahead.’” So, Norman and Sam became friendly, and Norman would occasionally mention that he’d heard from Sam. I think Sam invited him to a barbecue once. Around the same time I was beginning to think about music for the film. I really wanted to work with a musician who read poetry, and I knew from Sam Bean’s interest in Norman’s work and from some of Sam’s albums that he read a lot of poetry (this is a musician who claims John Berryman, Lucille Clifton, Yusef Komunyakaa, James Wright, and Dubie as inspiration), and so I called Sam and unbelievably, he called back. Sam is a remarkably generous and intellectually sophisticated person.

The film will screen both October 15 and 16 at the festival. The movie has also been named an official selection of the Virginia Film Festival, and will screen there on November 5.

Previous Story:
Should Google Ask Authors Before Using Their Books for AI Research?
September 30, 2016
Next Story:
The National Book Foundation Announces Its 5 Under 35 Honorees
October 6, 2016
No Comments ▼