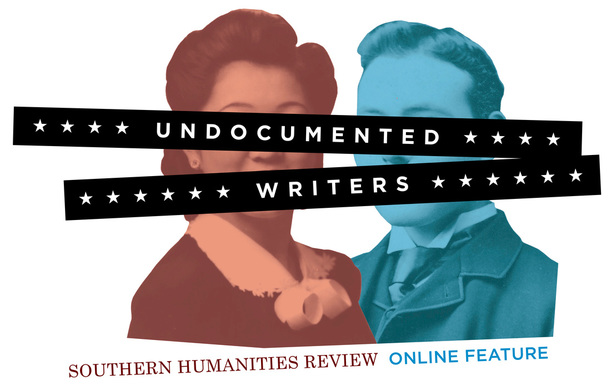 The Southern Humanities Review has released a special feature that “celebrates the lives and resistance of nine undocumented writers from an array of experiences and writing styles.”

Guest-edited by Christopher Soto, the feature includes poems from Marcelo Hernandez Castillo and Javier Zamora, who, alongside Soto, have been speaking up on behalf of undocumented writers since forming a group called “Undocupoets” last year.

The three writers circulated a petition first published in the journal Apogee in January 2015, which calls for an extension of entry rights to major writing contests to those under Temporary Protected Status or the Deferred Action for Child Arrivals (DACA), a program for children who arrived undocumented to the United States.

“We must strive, as a poetry community, to allow ALL of our comrades the same opportunities that documented poets are afforded,” they wrote in the petition. “No poet should have their opportunities limited because of their immigration status!”

Their advocacy has spurred first-book contests to change the language of their guidelines to include undocumented writers. Rachel Galvin, in her review of Angels of the Americlypse: An Anthology of New Latin@ Writing, edited by Carmen Giménez Smith and John Chávez in Boston Review, notes that Yale University Press, the Poetry Foundation, and other publications are now accepting pieces from anyone who is “currently residing in the United States.”

The attention given to these writers has also improved. Last month, PBS writer Corinne Segal interviewed Castillo, who entered the United States from Mexico with his family, to learn more about his relationship to writing as an undocumented writer.

Writing is “a way to kind of offset any questions or any suspicions about my documentation status,” Castillo said. “By way of fear, along came poetry.”