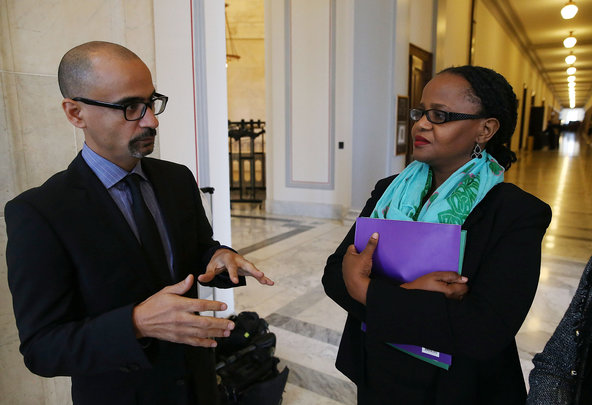 The Pulitzer Prize-winning author Junot Díaz lost a merit award last Thursday after he campaigned in Washington, DC on behalf of undocumented Haitian immigrants in the Dominican Republic, the Guardian reports.

After Díaz and Haitian American author Edwidge Danticat met with senators, representatives, and staffers to urge Congress to condemn the Dominican Republic’s persecution of undocumented Haitian immigrants, Eduardo Selman, the country’s consul, retracted the award given to Díaz in 2009 for what he calls “anti-Dominican” behavior.

Selman said in a statement, “We emphatically declare that the Dominican Republic has acted with transparency before the world in the implementation of the immigration measures and that not one violation of human rights has been registered.”

However, USA Today reporter Yamiche Alcindor depicts a different story, in which, due to a racially motivated immigration crackdown inspired by a 2013 court ruling, the Dominican Republic has retroactively stripped Haitian Dominicans who cannot prove that at least one parent has “Dominican blood” of citizenship, and is deporting them to Haiti.

Caonabo Delgadillo, who heads the division of migration for northern Dominican Republic, says racism isn’t a factor in the immigration crackdown.

“We don’t have anything against blacks because we are all black,” Delgadillo said. “There’s no problem. Every Dominican has a Haitian working in their house. I personally have two.”

Díaz, who has called the situation a “human rights crisis” and “state of terror,” hasn’t commented on the consul’s statement.

Related reading: Over the summer, Díaz and Danticat spoke out against the then-impending refugee crisis in the Dominican Republic at a panel hosted by Miami Workers Center in Miami’s Little Haiti Neighborhood.

We never know how blessed we are to live in a place that allows us to call attention to such misdeeds. The DR should think about how bad they look now by rescinding his award. When will we learn to stop oppressing others? How many bloody uprisings does it take? They should fear that more than the poet's pen.